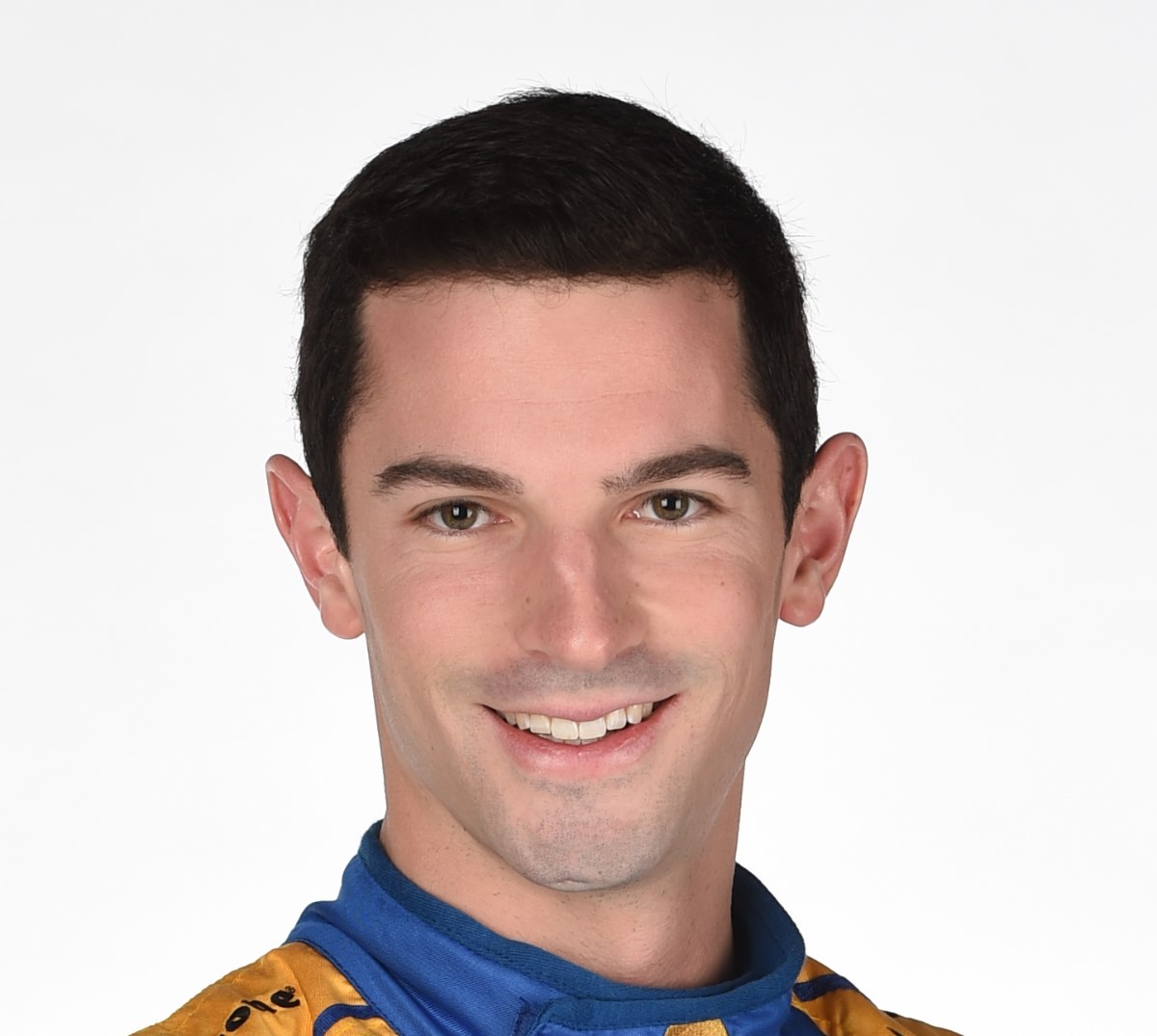 UPDATE This rumor is upgraded to 'fact' with today's announcement. We have updated our 2018 IndyCar Silly Season Page.

Rossi scoffed at such stories, and told Motorsport.com on Monday night: “The big domino was always going to be the potential for Andretti Autosport to become a Chevy team and to the best of my knowledge, Michael hasn’t even made the decision. So to say I’ve re-signed with Andretti simply isn’t true because I literally have no clue what engines his team will be using!

“When the talks and rumors started, because of my relationship with Honda, we – myself and my ‘team’ – naturally started talking with other Honda teams. So now we’re still continuing down that road to see what the best fit may be."

08/29/17 This rumor is upgraded to 'strong' today as Rossi will stay with the Andretti team and the team will remain in the Honda camp accord according to RACER.

There has been a lot of speculation about where American Alexander Rossi will end up next year if Andretti Autosport switches to Chevy engines. The assumption is that Rossi is a 'Honda' man which is not true. Certainly Honda likes Rossi and certainly Honda would like to keep the up and coming American phenom in their camp, but Rossi's contract is with Andretti Autosport, not Honda.

Rossi, a very talented driver (AR1.com told you this for the past 6 years), won the Indy 500 with Andretti. And certainly Rossi has finally had a chance to show the world just how good he is with the Andretti team and with Honda power as he should have won the Indy 500 again this year and recently he has been the fastest driver on the Andretti team on a fairly consistent basis.

However, at Pocono Chevy put an upgraded engine in Will Power's car and the Hondas had nothing for Power last Sunday.

"You could tell like when we came up here [Pocono], Chevys were definitely in the game," said Power.

"I had a new engine in, so we had a bit of an upgrade. I think the engine was better. So yeah, I think — look, as you saw at Texas, same deal on the superspeedway. It's a different configuration than Indy. We all have to run the Dallara rear wing, so that seems to even everything out there aerodynamically. But yeah, I think our cars were really good compared to the Honda."

So whether Andretti runs Chevy or Honda in 2018, the performance of the team will be similar either way, hence Rossi will have no reason to stay in the Honda camp unless he thinks the Ganassi team is better than the Andretti team. We do not think he will base his decision on engines as there is likely very little difference between the two at this point. We also know that it is not lost on Ganassi and Mike Hull that Scott Dixon and Tony Kanaan are getting up in age and at some point they will need a new team leader to replace them. Rossi fits that bill perfectly.

Michael Andretti knows he has a real talent in Rossi and he will do everything he can to keep him as the team leader with Hunter-Reay also getting up there in age. Whether Honda will throw in some money or free engines to keep Rossi in their camp is unknown. It's also not lost on Chevy that Rossi is a real talent and landing the young American in their camp would be something that might entice them to sweeten their offer to Andretti to switch

It has not been lost on Honda that the Andretti team delivered an Indy 500 victory to Japanese driver Takuma Sato after many years of trying. Honda of Japan were very happy about that. The Andretti team is the best team Sato has ever driven for and he will certainly try to get Honda to do whatever it takes to keep the Andretti team in the Honda camp.

Would Andretti stick with Honda out of loyalty? Maybe but history shows that team owners switch manufacturers on a dime if they can get a better deal somewhere else. The Andretti team has won the Indy 500 with both Chevy (Hunter-Reay) and with Honda (Rossi and Sato). Three of the last four Indy 500s were won by the Andretti team so engines do not appear to matter.

With the Ganassi team reportedly losing three of their four drivers after this season (Kanaan, Kimball and Chilton) it is quite conceivable that both Rossi and Sato will move from Andretti to the Ganassi Honda team in 2018 giving the Ganassi team the last two Indy 500 winners and Honda will keep them both in their camp.

Who would replace Sato and Rossi at Andretti if they move to Ganassi? The rumor is James Hinchcliffe and Zach Veach.

Stay tuned as this story evolves.