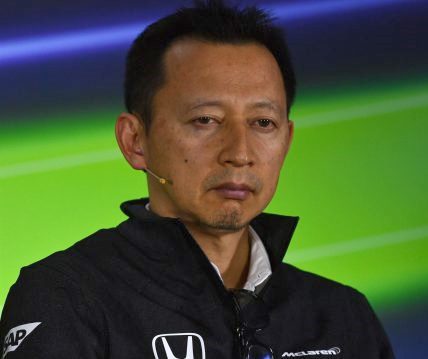 UPDATE Following months of uncertainty about what McLaren will do regarding its 2018 engine plans, it is now understood that the Woking-based team has finally lost all patience with Honda’s ability to deliver in the short term writes Jonathan Noble of Motorsport.com.

Detailed analysis of reported gains that engine consultants Ilmor have helped Honda to are believed to have been insufficient to ease McLaren’s concerns about a lack of progress from the Japanese manufacturer.

And with time running out to make a call on its 2018 engine plans, especially amid pressure to ensure Alonso commits to a fresh deal, McLaren’s focus is now on putting in place what’s needed to end its Honda era and secure a supply of Renault power units.

Tangled web
There remain several hurdles to overcome involving many parties before a switch happens though, which means there is no guarantee yet that McLaren will get what it wants.

One source suggested, however, that it is not a case of whether or not the team splits with Honda, but more a question of how complicated, or even messy, things get to achieve that.

The simplest way for McLaren to achieve its aim is to convince Honda to tie up with Toro Rosso for 2018 and beyond. That would free up Toro Rosso’s Renault engine supply deal, which can then easily be shifted across to McLaren.

A Toro Rosso switch for Honda makes sense on many levels – for it will ensure a financial boost for the Faenza-based team, will keep Honda in F1 and will help McLaren’s future competitiveness.

Talks about such a scenario playing out have already reached an advanced stage and are ongoing, despite them appearing to have collapsed over the summer.
Subsequent denials from Toro Rosso and Honda that there had been any ‘official talks’ about the matter were intriguingly dispelled by McLaren last weekend as the team revealed it had been asked to supply gearboxes for any potential deal.

However, sources suggest that Honda is not especially eager to make the jump to Toro Rosso – and does not want to give up on McLaren.
That means there is a current stand-off between Mclaren and Honda over the situation, with neither party able to make a move forward for matters to reach a conclusion.

However, time pressures are now mounting and it is understood that Toro Rosso has laid down a Monza deadline for a decision to be made on what it will be doing in 2018.

It means that McLaren and Honda need to move things forward quickly with regards to what they are doing in the future to stop Toro Rosso from being unable to make the switch.

Breaking the contract
With McLaren believed to be adamant it will not carry on with Honda in 2018, it means that if the Toro Rosso situation does not open up, then there is a possible risk of McLaren needing to break its current engine contract – something that could potentially get legally messy.

That would force Honda out of F1 too, something that bosses at Liberty Media are not eager to see.

It would, at the same time, open up a scenario where FIA rules dictate that one of the remaining engine manufacturers must supply McLaren with engines for 2018.
Renault remains the most likely preferred option in this scenario, even though there is reluctance to expand to a fourth supply.

But with regulations dictating that teams must be guaranteed an engine, Renault could be left with no choice but to go up to four teams.

Alonso future
A switch of engine suppliers is believed to be key to McLaren securing the services of Fernando Alonso for 2018, too.

It is understood that the Spaniard has indicated in private that, if McLaren is able to secure a supply of Renault engines for next year, then he will remain on board.
The progress made with the chassis – which was able to help him take Pouhon flat out last weekend – and a new era, now that Ron Dennis has gone, have left Alonso encouraged about the capabilities of the team.

The only issue for him remains the power unit and, with Alonso having given up on Honda’s ability to make progress, his desire for a Renault engine has added further impetus for McLaren to call time on its relationship with the Japanese marque.

In the aftermath of his frustrating race in Belgium, Alonso quite succinctly summed up exactly what he wants for 2018.

“There needs to be one change only," he said.

Right now, that is exactly what McLaren is pushing to deliver. Jonathan Noble/Motorsport.com

03/04/17 Honda's reputation is being damaged so badly by its poor performance in F1 the past three years there are already rumblings top brass could pull the plug before car sales begin to take a tumble.

Why do the engines have to be so sophisticated? Does it result in more than 9 or 10 more fans? The screaming normally aspirated engines were more exciting sounding, far less expensive, and easy enough to get right and have a chance to win some races.

Have two embarrassing years in 2015 and 2016, Fernando Alonso and Stoffel Vandoorne both ran into troubles as pre-season testing began in Spain with the double World Champion sidelined on Day One with an oil system leak.

Vandoorne didn't fare much better on Day Two as a mechanical issue, one that Honda has yet to find the cause of, limited his running.

"Normally the oil tank has to manage the oil level but this year we had some bad oil management so that is why we need to modify the oil tank system.

"The second day we had a mechanical issue and still we don't know the root cause of the problem.

"This is more fundamental and more serious I think."

"The oil tank definitely not… the mechanical issue, I don't know yet to be confident about that, but of course I worry about that."

Honda's current troubles are not helping their relationship with McLaren.

"In the tests, of course, this is a time we need to overcome a lot of trouble.

"So sometimes we need to argue or we need to have constructive discussion, but I think we are doing a very good job and we have a very good relationship."