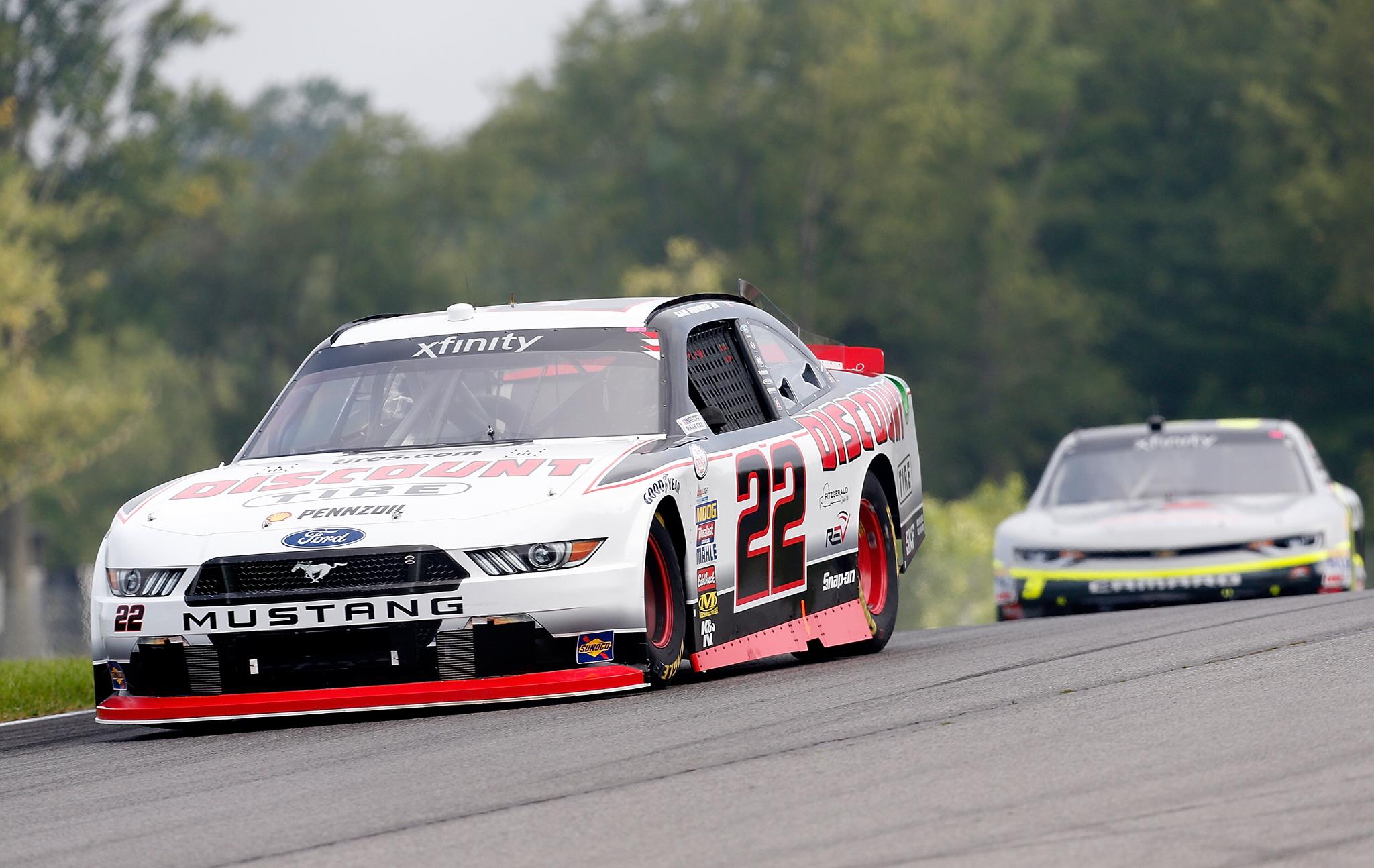 Sam Hornish Jr. dominated Saturday's NASCAR XFINITY Series Mid-Ohio Challenge, but his victory was anything but certain until the waning laps of a caution-filled race.

Hornish, driving Team Penske's No. 22 Ford Mustang, earlier had eclipsed his own qualifying record at the 13-turn, 2.258-mile Mid-Ohio Sports Car Course, and edged series rookie Daniel Hemric by 1.335 seconds when the event ultimately went green for the final time with five circuits remaining in the 75-lap distance.

The victory was the fifth in the series by Hornish, whose last win came in June of 2016 at Iowa Speedway.

Hornish, who led four times for 61 laps, traded the top spot with Hemric's No. 21 Richard Childress Racing Chevrolet Camaro four times over the race's third and final stage. He took the point for the last time on Lap 62, on a restart following the seventh caution.

Veteran Brendan Gaughan advanced to the second after Justin Allgaier and James Davison slipped off the track in Turn 3 at Lap 63, setting up a final restart battle that ended prematurely when Gaughan's No. 62 RCR Chevrolet Camaro was forced off the track by Hornish shortly after the green flag.

"I finally got the win (at Mid-Ohio)," said Hornish, who finished second here a year ago. "We had a smart, almost flawless day but I feel bad about the 62. I didn't want to beat him that way."

Koch won the race's first stage when Hornish elected to pit with three laps left and leader Sadler was spun in Turn 1 by Poole.

Hornish quickly went back to the front of the field after Stage 1 pit stops, claiming Stage 2 over Hemric and Davison.

Saturday's race left the playoff picture unchanged with no bubble drivers able to bump their way into the standings. Sadler holds an 81-point lead over William Byron, who appeared headed for a top 10 until being caught up in a late accident relegating him to a 25th-place finish.