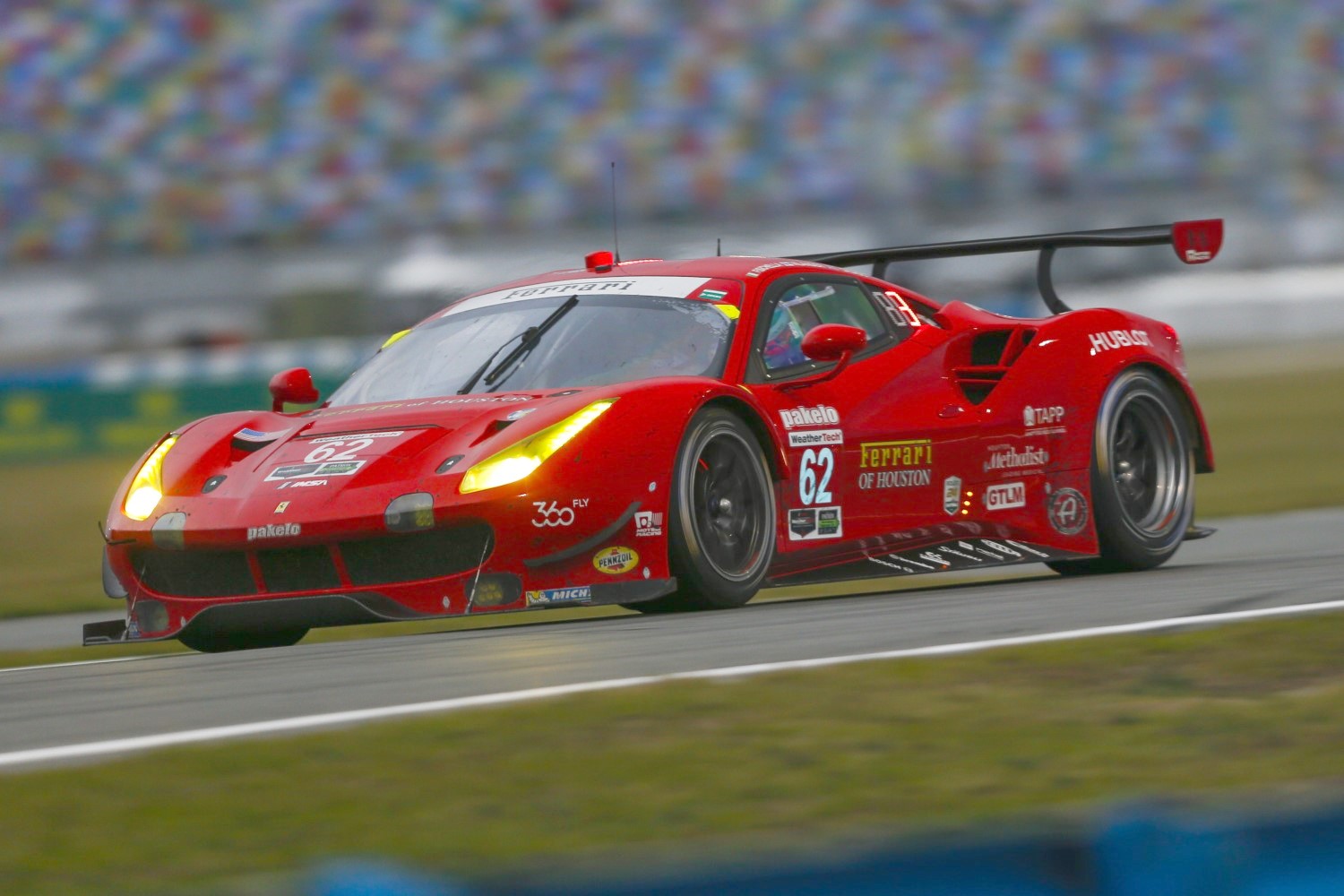 DAYTONA BEACH, Fla. – When the IMSA WeatherTech SportsCar Championship returns to competition on the weekend of Aug. 25-27 for the Michelin GT Challenge at VIRginia International Raceway, a previous winner of the event will be making a return of its own.

Risi Competizione, which has not competed in the WeatherTech Championship since the Advance Auto Parts Sportscar Showdown at Circuit of The Americas on May 6 in the team's home state of Texas, will field its popular No. 62 Ferrari 488 GTE for co-drivers Giancarlo Fisichella and Toni Vilander. Fisichella and the Risi team won at VIR in 2014 with Pierre Kaffer then part of the driver lineup.

Fisichella, Vilander and the team will compete in all remaining rounds of the 2017 WeatherTech Championship according to team owner Giuseppe Risi.

“I'm very glad to be returning to IMSA competition with Risi Competizione in the U.S.," said Vilander, who hails from Finland. “Although both Giancarlo and I have been continuing to race internationally, it's not the same as racing in the U.S. and with Giuseppe and the guys at the Risi Competizione team. It's a special team and we are glad to be back."

The race for class championship honors in the IMSA WeatherTech Championship is heating up as the 2017 season begins to wind down.

Garcia and Magnussen have 239 points, while Hand and Mueller have 231 and No. 25 BMW Team RLL BMW M6 GTLM co-drivers Bill Auberlen and Alexander Sims are just one additional point back with 230 markers. A second Ford GT, the No. 67 entry for Richard Westbrook and Ryan Briscoe is relatively close as well, trailing the leader by just 14 points.

The GTLM manufacturer battle, however, has a different leader and is a much closer race. Ford leads with 254 points, one ahead of Chevrolet's 253 markers.

Ferrari – which has only one full-time entry in the GTD class – also leads the manufacturer standings by one point, 264-263, over Mercedes-AMG, with Porsche seven points back at 257.

The Prototype class battle, which had tightened up somewhat recently, has been stretched to a 26-point advantage, 258-232, for No. 10 Konica Minolta Cadillac DPi-V.R co-drivers Ricky and Jordan Taylor over two-time Prototype class champions Joao Barbosa and Christian Fittipaldi in the No. 5 Mustang Sampling Cadillac DPi.

The Taylor brothers, who opened the season with five consecutive victories and returned to the podium last weekend with a second-place run at Road America, will clinch the 2017 title if they depart the next Prototype event – the Continental Tire Monterey Grand Prix at Mazda Raceway Laguna Seca on Sept. 24 – with a lead of 37 points or greater.

In the Prototype manufacturer standings, Cadillac has a 24-point lead, 277-253, over Nissan, which picked up its first WeatherTech Championship victory of the Daytona Prototype international (DPi) era last Sunday at Road America with No. 22 Tequila PatrÃ³n ESM co-drivers Pipo Derani and Johannes van Overbeek.

With their seventh victory of the season last Sunday at Road America – which also kept the team's perfect winning record this season intact – No. 38 Performance Tech Motorsports ORECA FLM09 co-drivers James French and Patricio “Pato" O'Ward clinched the final championship of the Prototype Challenge (PC) class, which will be discontinued after this season.

French and O'Ward have a 40-point advantage over second-place Don Yount, 252-212, with only the Motul Petit Le Mans at Road Atlanta on Oct. 7 still to come for the PC class. A maximum of 36 points are available in that race. The team – along with endurance driver Kyle Masson – also has clinched the Tequila PatrÃ³n North American Endurance Cup ahead of Petit Le Mans.

However, the team still has some pressure on it heading to Petit Le Mans as it looks to preserve its perfect season.

[adinserter name="GOOGLE AD"]It's long been said that in motorsports, consistency is the key to winning championships, and it is consistency that No. 28 RS1 Porsche Cayman GT4 MR co-drivers Dillon Machavern and Dylan Murcott have ridden to the top of the IMSA Continental Tire SportsCar Challenge Grand Sport (GS) point standings.

While they're still chasing their first win, Murcott and Machavern have finished second in each of the past three Continental Tire Challenge races, the last of which gave them a four-point lead, 194-190, over previous GS points leaders Cameron Cassels and Trent Hindman, who co-drive the No. 12 Bodymotion Racing Porsche Cayman GT4, with three races remaining on the season.

Marc Miller and Till Bechtolsheimer also are well within striking distance in the GS standings, just eight points out of the lead in third place. The No. 33 CJ Wilson Racing Porsche Cayman GT4 teammates also are looking for their first victory of the season.

In the Street Tuner (ST) class, Eric Foss and Jeff Mosing continue to lead the way in the No. 56 Murillo Racing Porsche Cayman, holding a 23-point lead, 213-190, over defending ST champions Nick Galante and Spencer Pumpelly in the No. 17 RS1 Porsche Cayman.

Speaking of Porsche, the manufacturer holds the lead both class standings. In GS, the advantage over second-place Ford is a narrow two points. In ST, the gap is 19 points over MINI, 231-212.

The next race for the Continental Tire Challenge is the Biscuitville Grand Prix at VIRginia International Raceway on Saturday, Aug. 26.