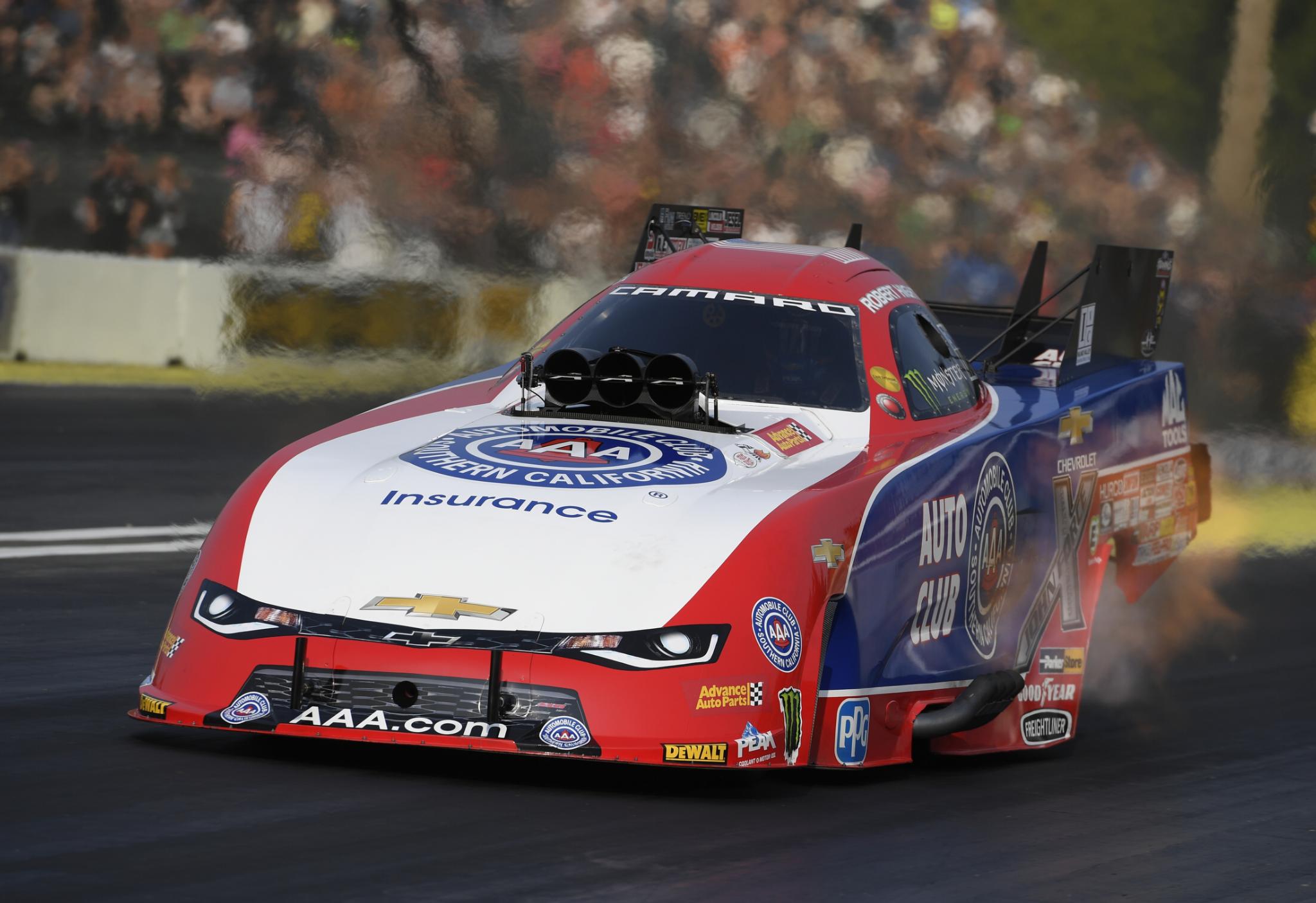 Antron Brown (Top Fuel) and Tanner Gray (Pro Stock) are also No. 1 qualifiers in their respective categories at the 16th of 24 events on the 2017 NHRA Mello Yello Drag Racing Series schedule.

Hight secured his second consecutive No. 1 qualifier after a 3.883-second pass at 329.34 mph in his Auto Club of Southern California Chevy Camaro SS during the fourth and final qualifying session on Saturday. He locked down his fourth No. 1 qualifier of the season and 53rd of his career. He will match-up against Jeff Diehl in the first round of eliminations on Sunday.

"This is definitely the best qualifying effort we have had all year long," Hight said. "We have a lot of confidence with three strong runs consecutively, and we think that if things continue to go our way we can move up to the top spot in the Countdown standings by the end of the season."

Brown piloted his Matco Tools dragster to the Top Fuel No. 1 with a 3.735 pass at 329.10 during the second qualifying session on Saturday. He now has two No. 1 qualifiers this season as he chases his fourth consecutive final round appearance. Brown will take on Ron Smith in the first round of eliminations.

"I feel really good going into tomorrow despite the hot temperatures," Brown said. "When you go in number one that is a confidence booster and builds up the morale for the whole team, so we just need to continue pushing for a championship and working hard."

Doug Kalitta is second in the Top Fuel category with a run of 3.744 at 326.48 in his Mac Tools dragster during his second pass on Saturday. Leah Pritchett sits third after a 3.755 at 325.30 in her Papa John's dragster.

In Pro Stock, Gray took over the top spot after driving to a 6.565 at 210.24 in his Gray Motorsports Valvoline Chevy Camaro during his first pass on Saturday. He has now secured his second No. 1 qualifier of the season as he chases back-to-back event wins after a victory in Sonoma.

"I feel really confident with the race car my team has given me, my whole group has done an awesome job," Gray said. "Today’s two runs have been pretty consistent, and my confidence is definitely up after the win in Sonoma last week so we are going to try and keep that up tomorrow."

Eliminations at the 30th annual NHRA Northwest Nationals begin at 11:00 a.m. on Sunday. Catch the action live on FOX at 4 p.m. ET.