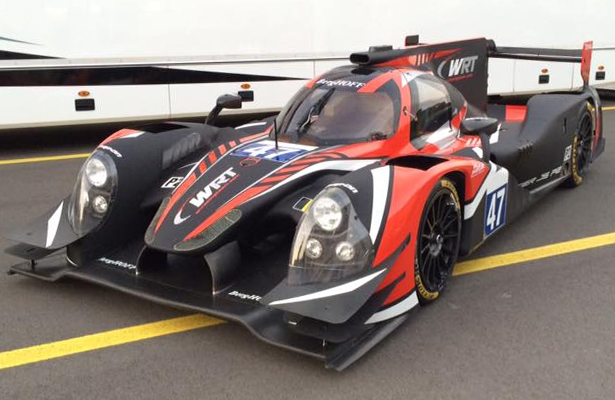 For several teams in the IMSA WeatherTech SportsCar Championship Prototype class, this weekend’s Continental Tire Road Race Showcase at Road America starts a championship push with just three races remaining on the schedule. But for others, the final three races are more about looking ahead and gathering information for the 2018 WeatherTech Championship season.

One of those teams is VISIT FLORIDA Racing, which recently took delivery of the Ligier LM P2 race car that will make its maiden race appearance this weekend at Road America.

It’s been an up-and-down season for VISIT FLORIDA Racing and drivers Renger van der Zande and Marc Goossens. The Daytona Beach-based team opened the season with a podium finish in the Rolex 24 At Daytona, but in the five races since has seen a best finish of fifth, which came in the Sahlen’s Six Hours of The Glen at Watkins Glen International.

“We have seen what the Ligier JS P217 is capable of, not only here in IMSA, but also in Europe as well, so we are eager to get to the track and learn about the JS P217 at Road America," said team owner Troy Flis. “I’m impressed with the customer support that Onroak Automotive has in place, and I have known Max Crawford for a long time so that relationship is another key element for us and VISIT FLORIDA to make this commitment."

While debuting a new car this late in the season is a unique challenge, Road America is a track that both the team and drivers are comfortable with. Van der Zande and Goossens have each won at the four-mile track in IMSA competition, and VISIT FLORIDA Racing has competed at the track in both GRAND-AM and WeatherTech Championship competition, finishing fourth in 2014.

“For me it is going to be an exciting weekend, because we made the jump to the Ligier for the final three races," said van der Zande, who won at Road America in the Prototype Challenge (PC) class in 2014. “We struggled to get the pace so far in our car this year, and it shows the will of VISIT FLORIDA Racing to make so much effort with a new car for us for the end of the season. A big thanks to the team for doing that. We’ve already had some good support from Ligier, so it will be a big help going into the weekend as far as setup. Hopefully we can be fast and competitive and fight for a podium."

“Of course, we are looking forward to the weekend as it is some sort of a new start for us because of the different package we will run there at Road America," added Goossens, who won the American Le Mans Series GT race in 2013, the first victory for the SRT Viper program. “We will see how the shake-down test goes this week and then look to build on that by the time we get to the race weekend."

[adinserter name="GOOGLE AD"]As for those teams racing for the championship with just three Prototype races remaining, Wayne Taylor Racing and drivers Ricky and Jordan Taylor carry a 19-point lead into Road America in the No. 10 Konica Minolta Cadillac DPi-V.R.

After winning the first five races of the season, the Konica Minolta team has failed to finish on the podium the last two events, potentially opening the door for second-place Action Express Racing and drivers Joao Barbosa and Christian Fittipaldi in the No. 5 Mustang Sampling Cadillac DPi-V.R.

Misha Goikhberg and Stephen Simpson enter Road America third in points, 26 points back, in the No. 85 ORECA for JDC/Miller Motorsports after back-to-back podiums, while Action Express Racing’s No. 31 Whelen Engineering Cadillac DPi-V.R of Dane Cameron and Eric Curran won the most recent race at Canadian Tire Motorsport Park and sits fourth in the Prototype standings, 27 points back.