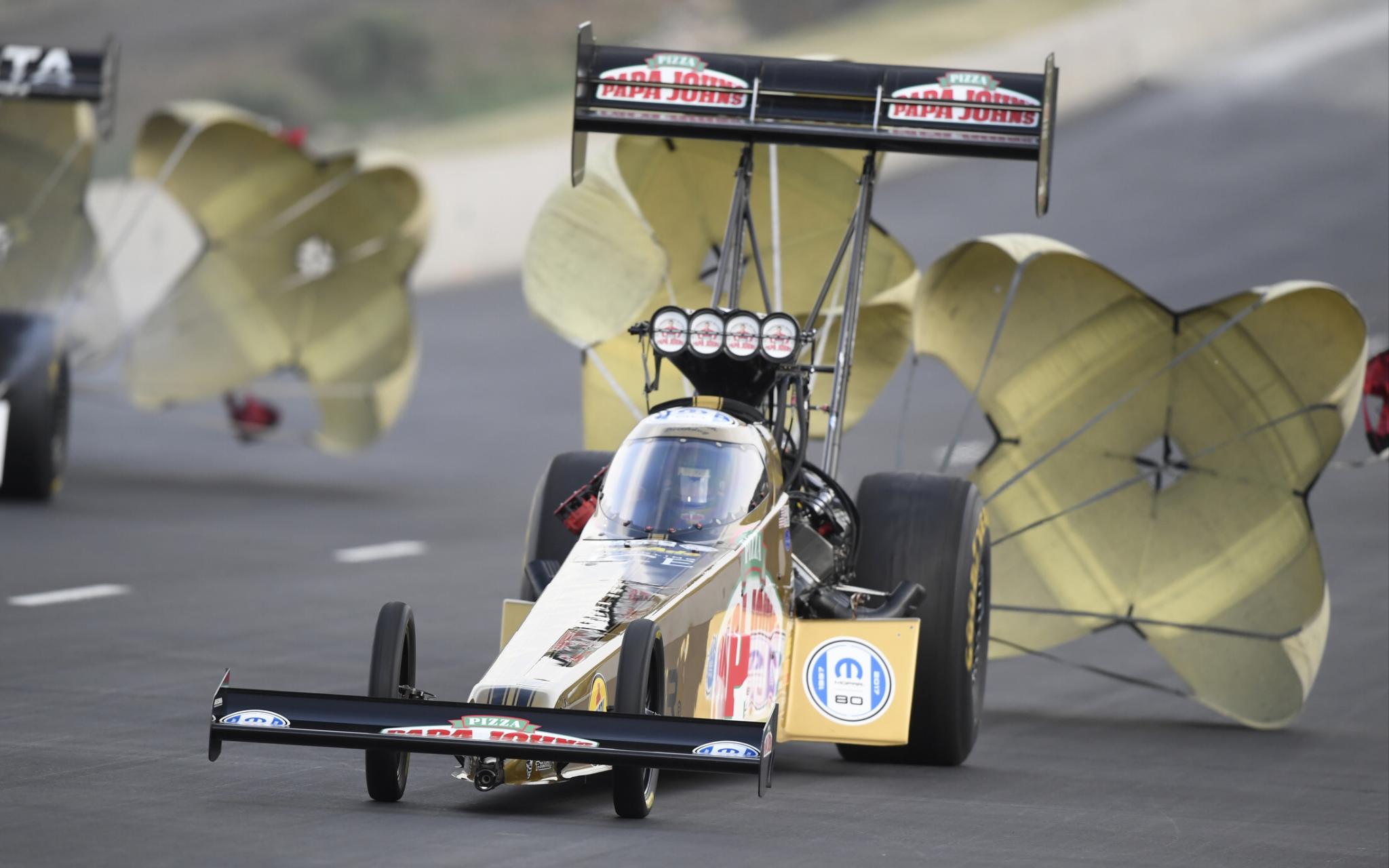 Pritchett set an elapsed time track record with a 3.733-second pass at 326.24 mph in her Papa John’s dragster during the fourth and final qualifying session. She has four No. 1 qualifiers this year and five in her second full year of Top Fuel action.

“We were definitely swinging for the fence and definitely did not expect a 3.733 but we stayed centered and we were able to get it right," Pritchett said. “We know what works for this car, and we just need to stay consistent like we were earlier in the season."

Force set both ends of the track record after a 3.889-second pass at 328.30 mph in her Advance Auto Parts Chevy Camaro during the first qualifying session on Friday. She locked down her sixth No. 1 qualifier of the season as she chases her first win of 2017.

“It feels great being in the No. 1 qualifying spot, it’s pretty impressive what my team can do in these difficult conditions," Force said. “We are looking for a long race day tomorrow to pick up some points and climb up the standings a bit."

John Force landed second in Funny Car qualifying with a 3.899 run at 301.87 in his Peak Performance Chevy Camaro. Teammate Robert Hight rounded out the top three in qualifying after a 3.905 pass at 318.17 in his Auto Club of Southern California Chevy Camaro.

In Pro Stock, Skillman holds on to the top spot after driving to a 6.924 at 198.29 during his second and final pass of the day. He earned his first No. 1 qualifier of the season following his first victory of 2017 in Chicago.

“Denver is always very consistent, and our testing proved to be good so we know we have a great race car for Sunday," Skillman said. “We are definitely confident after three strong runs, we all feel good and ready to get going tomorrow."

Erica Enders is second in qualifying with a run of 6.930 at 198.85 in her Elite Motorsports Chevrolet Camaro. Vincent Nobile is in the third spot with a 6.939 pass at 199.05 in his Mountain View Tire Chevrolet Camaro.

Krawiec finished atop the Pro Stock Motorcycle qualifying order with a run of 7.178 at 187.29 on his Screamin’ Eagle Vance & Hines Harley-Davidson in his lone pass on Friday. He notched his 35th career No. 1 qualifier and the second of this season.

“We came out strong this morning, and this last session we had better air and a better track but we weren’t able to improve on our time," Krawiec said. “We know where we need to go, and we can definitely turn things around before tomorrow so we make sure to maintain this level of success."