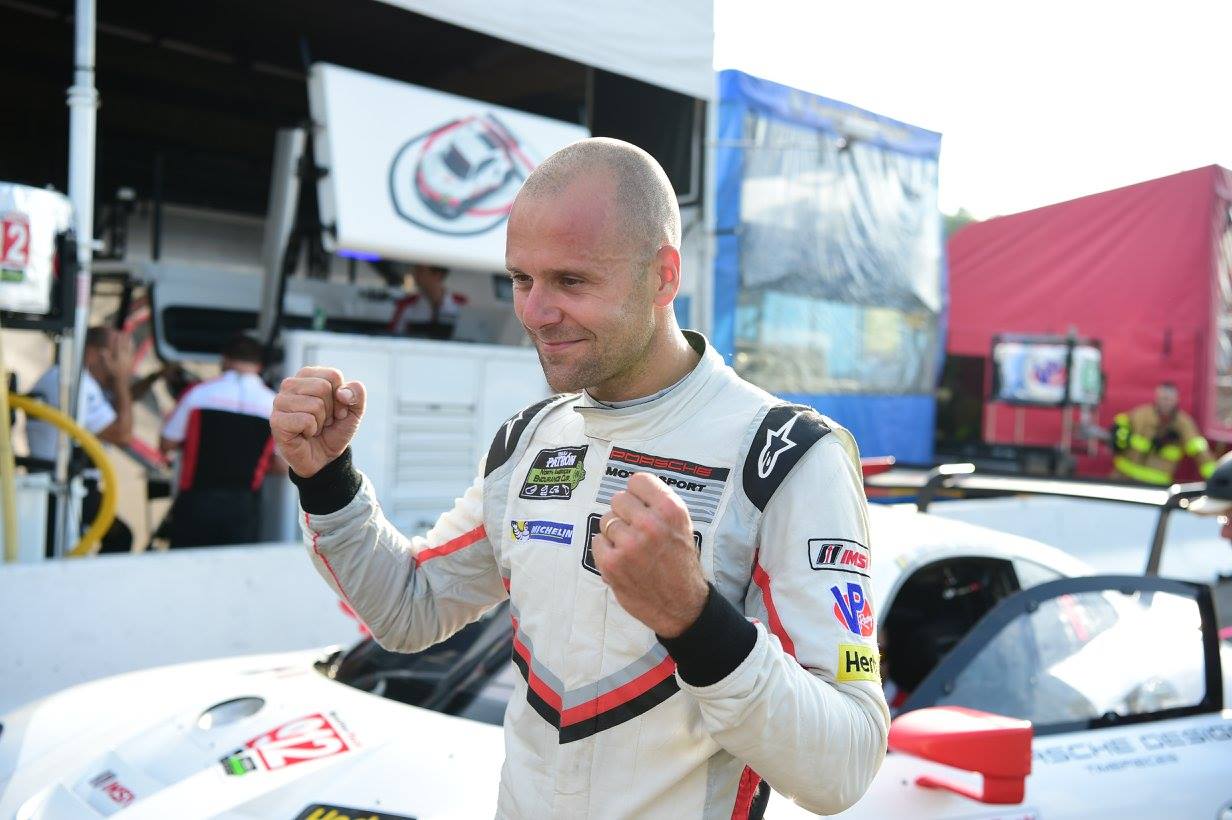 LAKEVILLE, Conn. – Italian racer Gianmaria “Gimmi" Bruni spent quite a few years battling against Porsches in top-level sports car racing around the world while driving for another manufacturer, but it hasn’t taken him long to get used to his new job as a Porsche works driver.

Bruni turned a best lap of 50.404 seconds (105.277 mph) in the No. 912 Porsche 911 RSR to take the top starting spot for Saturday’s two-hour and 40-minute race, which starts at 3 p.m. ET and will be televised live on FS2 and streaming on FOX Sports GO. The race also will be broadcast on IMSA Radio – available on IMSA.com along with live timing & scoring data and in-car cameras, as well as on RadioLeMans.com and on SiriusXM Radio.

It was the second consecutive pole for the Porsche GT Team, as Dirk Werner qualified the No. 911 Porsche on the GT Le Mans (GTLM) class pole two weeks ago at Canadian Tire Motorsport Park. Bruni, a former Ferrari factory driver, joined the team prior to the Sahlen’s Six Hours of The Glen earlier this month and is heading into his third race as co-driver with Laurens Vanthoor in the No. 912.

“It’s funny, when I first met all the (Porsche) drivers, we were rivals before," Bruni said. “The first approach – also from my side – was very low, because before we were door-to-door and bumper-to-bumper. They were looking at me before this like an enemy, but I found very good, nice guys, especially an experienced guy like Patrick (Pilet) and Dirk (Werner), a very nice guy.

“I’m very happy to actually learn from them because they have much more experience on this car, even if now the engine is a bit different from where it was. They are professional, we are professional and I think they accept me in the motorsport family very well. I was a bit scared, but now I’m happy."

Richard Westbrook qualified second in the No. 67 Ford Chip Ganassi Racing Ford GT with a best lap of 50.540 sec. (104.994 mph). His co-driver is Australia native Ryan Briscoe, who now makes his home in nearby Farmington, Connecticut.

Complete results are available at Results.IMSA.com.

Madison Snow drove the No. 48 Paul Miller Racing Lamborghini Huracan GT3 to the top spot, lapping the 1.474-mile bullring in 52.508 seconds (101.058 mph). It was the second career TOTAL Pole Award for Snow, and the second for Paul Miller Racing this season with Snow’s co-driver Bryan Sellers earning the TOTAL Pole Award at the BUBBA burger Grand Prix at Long Beach in April.

“We topped Practice 2, but we didn’t know how good everyone else was going to be, or how hard they were pushing," said Snow. “I had a good lap early in the qualifying session, I was just nervous somebody was going to pull it off in the middle of the session or late in session. I was able to get another quick lap at the end that kept me on the pole. Now hopefully we will be able to pull away and get the win."

Colin Braun made a rare qualifying appearance in CORE autosport’s No. 54 Porsche 911 GT3 R, qualifying second with a lap of 52.699 seconds (100.692 mph). Third with a lap of 52.836 seconds (100.431 mph) was the No. 28 Alegra Motorsports Porsche 911 GT3 R of Patrick Long, who is making just his second start this season and first for Alegra Motorsports. A late add to the entry list, Long enters the weekend with four class wins at Lime Rock. He will be joined in the race by Daniel Morad.

The No. 15 3GT Racing Lexus RC F GT3 of Jack Hawksworth and No. 96 Turner Motorsport BMW M6 GT3 of Jens Klingmann rounded out the top five. Lexus has been building momentum over the course of its debut season in WeatherTech Championship competition, with the team’s No. 14 entry winning the TOTAL Pole Award one race ago at Canadian Tire Motorsport Park.

Turner Motorsport, meanwhile, has finished fourth or better in the team’s last three races and is in search of its first class win of the season.