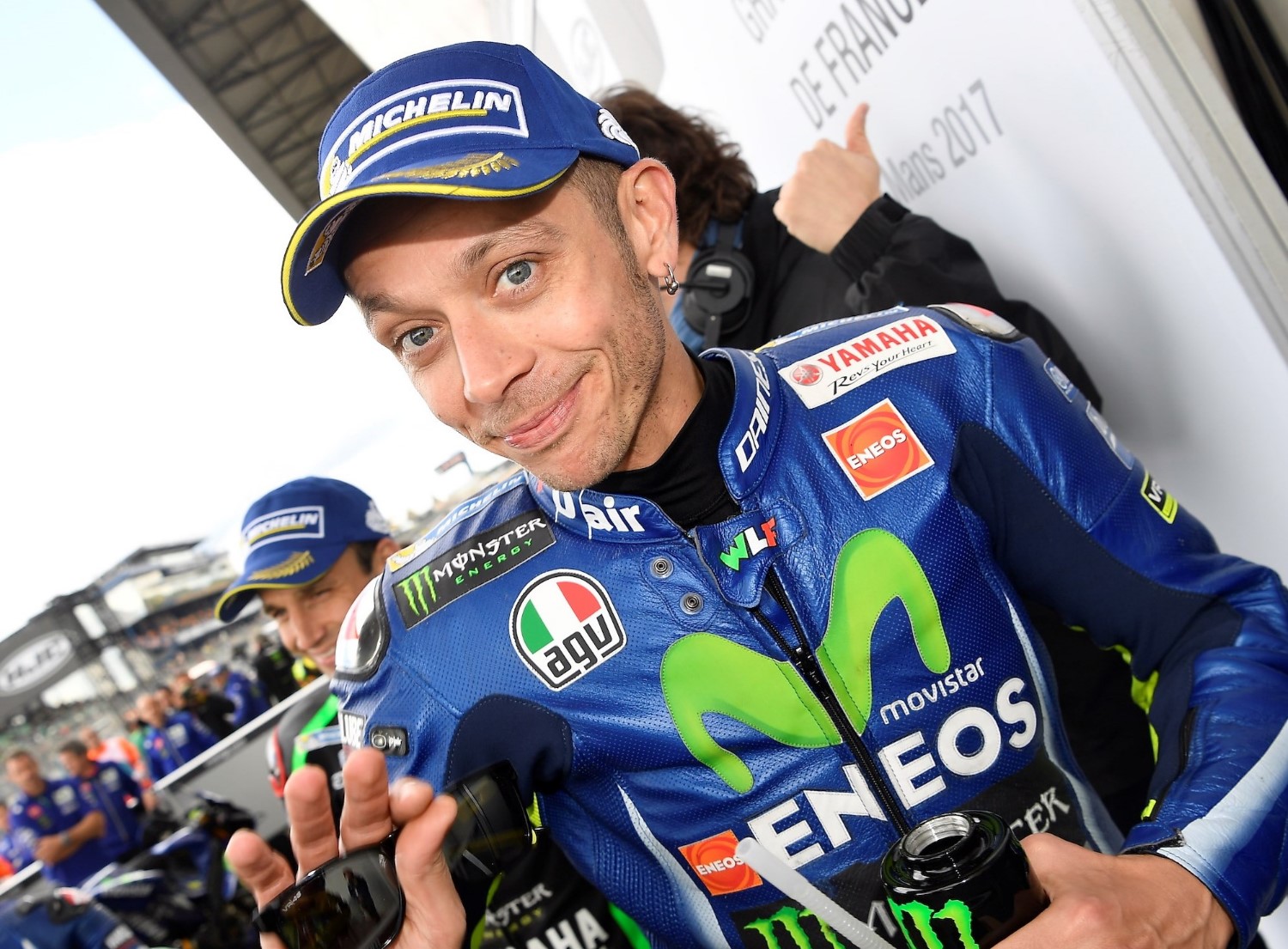 Valentino Rossi, nine-time MotoGP World Champion – including seven in the premier-class – is truly one of the greatest riders ever in the history of motorcycle racing. 115 GP victories, 225 podiums and 64 pole positions across all classes have earned him the nickname the GOAT – the greatest of all time – an accolade he thoroughly deserves but still one target eludes him. Will 2017 be the season he makes it a 'perfect ten' world championship titles?

Now in his 22nd season in the World Championship, the 'Doctor' is still as determined to win now as was when he first broke on to the scene, despite being 38 years of age. In fact, if anything, Rossi has grown hungrier with age but there is still one accolade that has remained out of his grasp while all others have fallen by the wayside, that elusive tenth title.

When Rossi lifted his ninth title back in 2009, few would have guessed that he would still be riding eight years later. Let alone that he would still be winning races and challenging for the title. Rossi, like a fine wine, only seems to get better with age, with the Italian finishing as runner-up the last three seasons. To keep himself motivated he now trains on a daily basis with the young Italian riders he is nurturing through the VR46 Academy scheme, something that he says not only keeps him on his toes but keeps his enjoyment of racing alive.

[adinserter name="GOOGLE AD"]Rossi's debut season in the 125cc World Championship was in 1996 and the following year he won his first title, before moving up to the 250cc class in 1998. After taking a year to learn the class, he lifted the 250cc crown in 1999. He made his move into the premier class in the year 2000, following the same pattern of taking a year to get to know the class, before he went on to dominate the sport between 2001-2005, winning five successive premier-class titles in a row.

He would then miss out in 2006 to American Nicky Hayden at the very last race of the season before young Australian Casey Stoner beat him to the title in 2007. Many thought at the time Rossi was past his peak, that the Italian's domination of the class was over. All of which just made the way in which he came back to win World Championship number eight in 2008 even more sensational, despite the arrival of a new teammate in the form of Jorge Lorenzo. Rossi took nine victories on his way to his highest ever tally of 373 points at the end of the year. Incredibly he then went on to lift title number nine in 2009 as he beat Lorenzo to the championship by 45 points.

The 2010 season saw Lorenzo crowned champion, in what many saw as the passing of the torch, before Rossi made the move to Ducati for the 2011 and 2012 seasons. These were two barren years for the 'Doctor' as he uncharacteristically struggled, leaving the door open for his great rival Casey Stoner to lift his second title in 2011. Lorenzo made it two championships in three years by winning again in 2012, before Rossi made a sensational return to the factory Yamaha team in 2013 to once more partner Lorenzo.

Unfortunately, this was also the year that a certain Marc Marquez joined the championship. The Spanish rookie would bring a new threat to Rossi, with his on the edge style and fearless attitude. Marquez went on to lift the title in his debut season with Rossi fourth overall on his return to Yamaha, but more importantly back to winning ways after taking victory at Assen.

In 2014, he was runner up to a dominant Marquez, as the Spaniard won the first ten races of the season, Rossi finishing in a strong second place, 67-points behind Marquez. It looked like it could finally be Rossi's time to lift the tenth title in 2015, but he missed out on being crowned champion by just five points to Lorenzo after a dramatic grand finale at Valencia. In 2016 Rossi would once again come close, missing out to a resurgent Marquez by 49 points.

Could 2017 be the year he makes it a 'perfect ten'? Once more Rossi has a hungry young teammate in the shape of Maverick Vinales to compete against, as well as his arch rivals Marquez and Lorenzo. After three podiums in the first three races Rossi was leading the standings.

A downturn in form during the next few rounds had people questioning if 2017 could really be his year, but he bounced back with his first victory of the season at Assen and he is currently fourth in the championship standings with 119 points, just ten points behind the leader Marquez in what is turning into the closest championship battle in years. Can Rossi make 2017 the year he reaches the elusive milestone of ten World Championship titles, or will it forever remain out of his grasp? Only time will tell.