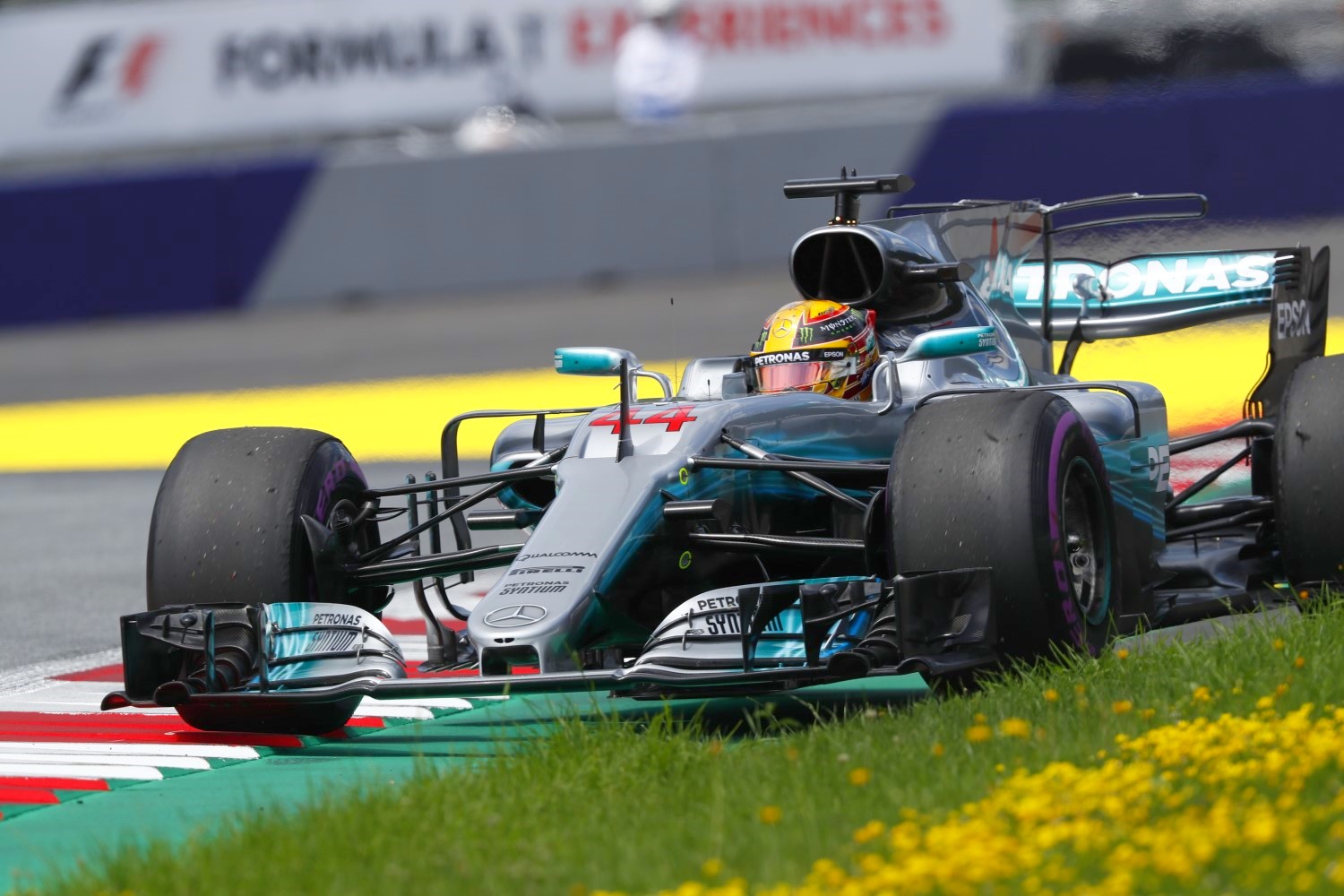 It's the true test that the 2017 iteration of Formula One has been waiting for. Silverstone – the high-speed 5.891 km circuit, home to the British Grand Prix – is where fans will really see what these new beasts can do.

Silverstone was the fastest circuit on the F1 calendar back in the 1980s and, while repeated layout tweaks mean that particular honor now lies with Monza, the historic Northamptonshire track still boasts some of the most spectacular high-speed corners in world motorsport. Abbey, Copse, Maggots and Becketts, Stowe… this is a circuit where it's easier to count the bends that aren't high-speed. The perfect playground, then, for the current generation of Grand Prix machinery.

Downforce is king at a circuit like this and, thanks to the new-for-2017 aerodynamic regulations, these cars have plenty of it. Already this year, high-speed apexes really have been just that – significantly more so than under the previous regulatory era. This weekend at Silverstone looks set to take it to a whole new level, with the highest apex speed seen in 2016 (265 km/h at Copse) expected to rise closer to the 290 km/h mark.

Pole position laps in 2017 have been 5.8 km/h quicker on average than their 2016 equivalents, with the average fastest race lap up 5.5 km/h. Silverstone's average speeds of 238 km/h (qualifying) and 222 km/h (race) are certain to shoot up – and it's in those high-speed corners, where this year's cars really flourish, that the rise in speed will be most visible.

[adinserter name="GOOGLE AD"]The aerodynamic gain granted by the new rules and the stability it delivers is the key to this much-improved high-speed corner performance. Drivers want a car they can believe in underneath them. One they can trust to stay glued to the road. Give them that and they'll push harder on the tires – which, of course, also play an important role – as they flirt with the limits of grip, carrying more and more speed as they build in confidence.

Where previously a corner might have been considered a high-speed challenge, it should actually now be more straightforward with the downforce offered by a 2017 Formula One car. In fact, it's the medium-speed corners where fans will see the 2017 beasts really working, with drivers able to carry more speed into the apex and then through the corner than ever before. Stowe, at the end of the Hangar Straight, is going to be scary quick and require full focus.

This year, fans can expect to see the awesome Abbey section flat in qualifying, which has never been done before. It won't quite be easy flat – the drivers will scrub some speed off the car with the change of direction – but don't expect them to lift. Copse, a magnificent corner anyway, will be exceedingly quick this year (easily flat-chat) and the cars will carry that speed into the fearsome Maggots / Becketts complex, all the way up to Stowe.

Spectacular? Undoubtedly. But it's worth noting that these high-speed corners will put added stress through the car and the tires. Where Spielberg gave the cars a hammering through shock loading over the vicious curbs, at Silverstone it's the sustained forces exerted on the chassis and rubber that take their toll. Take a small part – like a wheel-bearing, for example. The amount of time that spends under high load and high G is much longer than it would be at a track such as Baku, or Montreal. This all adds to the reliability challenge.

Silverstone's series of high-speed corners will not just be a test of the car and its tires but also a huge challenge for the men strapped into the cockpit. They'll experience extreme G-Force as they sweep through Silverstone's classic curves – glued to the track by nearly 30 per cent more aero-delivered downforce than in 2016. Through the now flat-out Abbey section at the start of the lap, the drivers will exceed 300 km/h, shoulder an average of 4.5G of lateral load (up from 4.2G last year) and briefly peak at 5.5G of lateral load – almost double the force experienced by astronauts during a rocket launch!

Silverstone, for all the changes and updates over the years, certainly retains some of its retro edginess. The crowds will be in for a treat as these incredible 2017 machines – the fastest of all time – blast their way around the thrilling, high-speed ribbon of Northamptonshire airfield. It's set to be quite a spectacle…