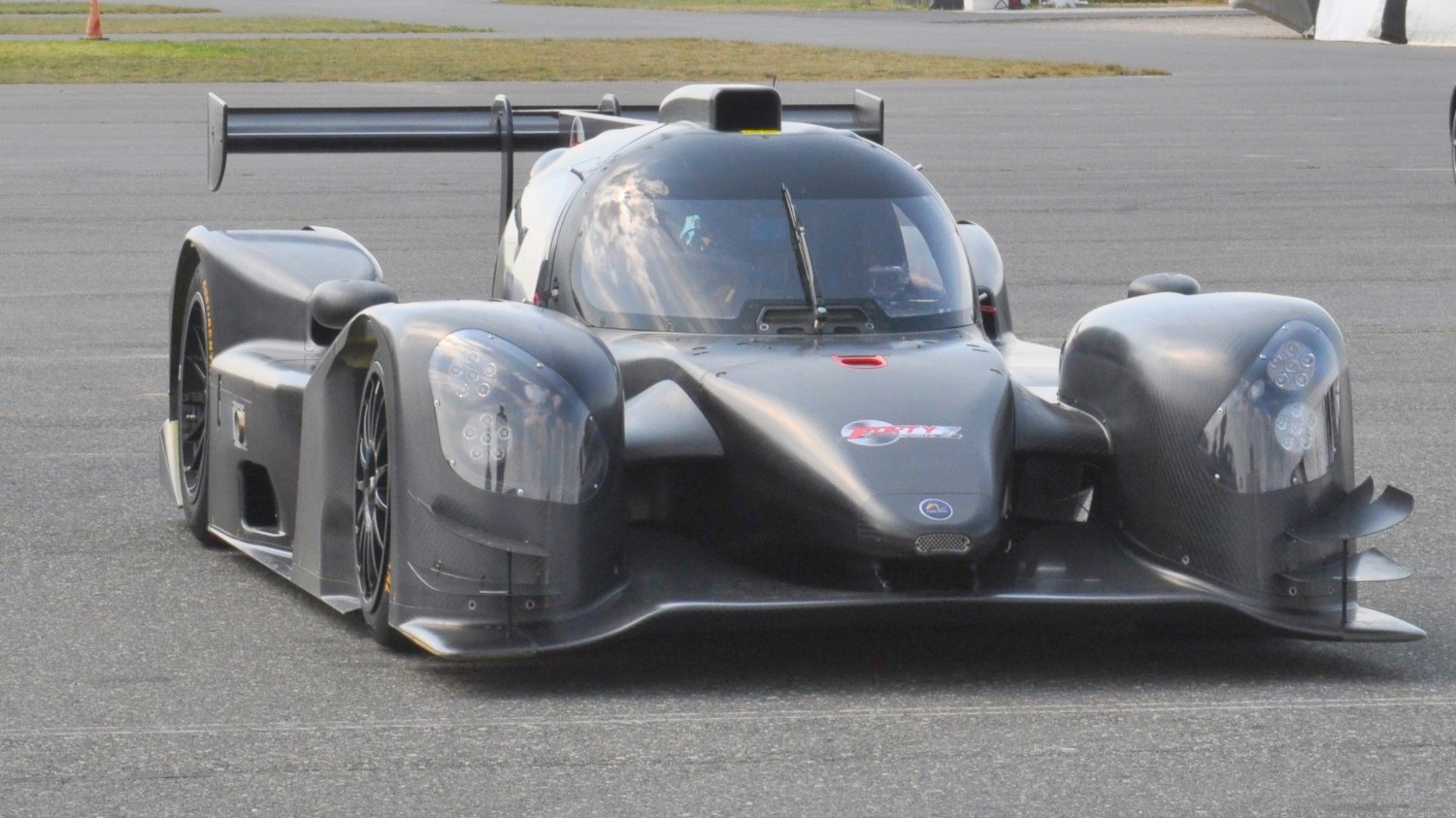 Together they chose a 2013 Wolf GB08 V8 as the starting platform. The plan was to not only improve performance, but to incorporate state-of-the-art technologies and recently introduced driver’s aids. Modifications included a new ECU, traction control system, fully integrated active aerodynamics and a Bosch Motorsports anti-lock braking system.

The results were a re-engineered Wolf racecar designed to be pushed to it limits by any driver, even an amateur. Extensive performance testing is currently underway on NJMP tracks in preparation for competing in the 2017 Ultimate Track Car Challenge.

Ben Salasko, MoTec Programmer and Installer at Forty7 Motorsports said, “This was the ultimate track car build and we’re all proud of how the Wolf turned out. We think it might even set new track records."

[adinserter name="GOOGLE AD"]This is only one of many valuable connections that regularly occur in a thriving community like NJMP, particularly since the opening of Speedplex. Drivers Club members, NJMP’s Exotic Car Garage owners and Track Day participants all take advantage of having quick access to parts, tuning, or other services available on property. Although its cornerstone is Forty7 Motorsports, as more vendors join Speedplex, NJMP will solidify its position as a completely self-contained motorsports village.

Garrett Kletjian, Co-Founder of Forty7 Motorsports said, “We chose to build at NJMP to be as close to the action as possible. The existing customer base combined with two top-notch racetracks at a premier entertainment destination provides us with entrees and opportunities an offsite shop wouldn’t have."

Most brick and mortar businesses must rely heavily on marketing to attract prospects but, being located at a booming motorsport park provides a constant captive audience of cars that may need parts, tires, tuning etc.

“The cost to build at NJMP was equal to that of any industrial park on the east coast but, the difference is customers literally come to our front door," says Kletjian. “The return in exposure and continuous revenue stream is what solidified my decision to create a new home for Forty7 Motorsports at NJMP."

The new Forty7 Motorsports shop at NJMP also has full mechanical service capabilities, including manufacturing of custom CNC parts, as well as Mil-Spec Wiring and Dyno Tuning facilities. This year marked the debut of Forty7 Karting, which offers repair, maintenance, trackside support, a retail store and CompKart brand dealer, to satisfy the demands of NJMP’s flourishing Karting community. Forty7 Motorsports plans to continue expanding in response to the needs of its growing customer base.

Said Kletjian, "If you can’t run a successful motorsports business at a great racetrack location, then you probably won't be successful anywhere."

Another example of the kind of strategic relationships that develop at NJMP is one that began over a casual lunch, then turned into a metamorphic opportunity. In 2016, Steve Tullman, one of NJMP’s Exotic Car Garage owners and Drivers Club members who also heads up Tullman Walker Racing (TWR), joined forces with Forty7 Motorsports to field two cars in the IMSA Porsche GT3 cup Series

.They were so successful, TWR added two more Porsches and a sponsorship from Porsche of Toronto. The team will compete in the entire 2017 schedule for the IMSA Porsche Cup in Canada, sharing venues with IMSA Weathertech, Formula1, Indycar, and Nascar across North America. Forty7 Motorsports is expanding further still to include a new LMP3 car in the IMSA Prototype Challenge series.

And it all started over a simple lunch at the NJMP Clubhouse.