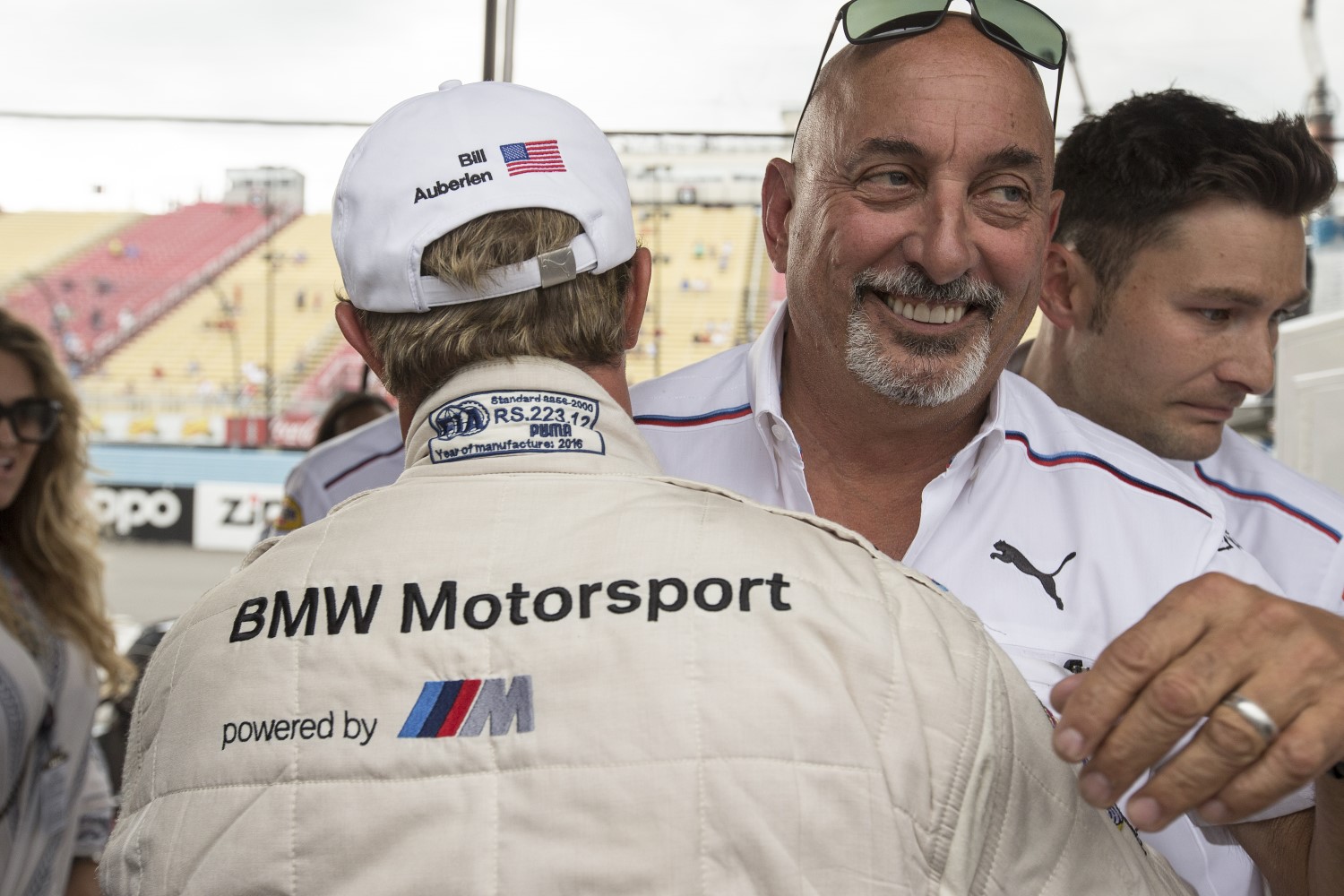 WATKINS GLEN, N.Y. – There are a lot of similarities between BMW Team RLL and Michael Shank Racing with Curb-Agajanian.

For starters, both teams are headquartered in the Columbus, Ohio area. BMW Team RLL, which fields a pair of BMW M6 GTLM race cars in the IMSA WeatherTech SportsCar Championship GT Le Mans (GTLM) class, is based in Hilliard; Michael Shank Racing with Curb-Agajanian operates its pair of Acura NSX GT3s that race in the GT Daytona (GTD) class from its Pataskala race shop.

Both teams also fielded entries in the 101st Indianapolis 500 in May. RLL – which stands for Rahal, Letterman, Lanigan – is a long-time, full-time IndyCar team in addition to its sports car program. The Shank team is well established in sports car racing, and made its Indy debut this year.

And both teams are carrying a lot of momentum to Canadian Tire Motorsport Park in Bowmanville, Ontario for this weekend’s Mobil 1 SportsCar Grand Prix.

This Sunday’s two-hour and 40-minute race is the lone WeatherTech Championship event north of the border. It will be televised live on FS1 at noon ET, with live IMSA Radio coverage also available on IMSA.com, RadioLeMans.com and on SiriusXM Radio.

Last Sunday in the Sahlen’s Six Hours of The Glen, No. 25 BMW M6 GTLM co-drivers Alexander Sims and Bill Auberlen delivered the first WeatherTech Championship victory for the M6.

“I’m counting those wins," said Auberlen after the race. “Come on Scott, retire. We finally got the win we’ve been hunting for with this M6 GTLM since it came out last year. We came here and tested and found our way. The RLL guys are amazing, their dedication is amazing. We just kept working and working."

The Watkins Glen victory came on the heels of a double podium for the team in its previous race, the Advance Auto Parts Sportscar Showdown at Circuit of The Americas in early May. In that race, Auberlen and Sims finished second behind the race-winning No. 3 Corvette of Jan Magnussen and Antonio Garcia, while teammates Martin Tomczyk and John Edwards were third in the No. 24 BMW.

“From my point of view, I think we’ve built momentum through the season and we have the car working really well," Sims said. “This car has its strengths and we’re going to tracks that utilize those. We just have to keep having the flawless races we’ve had so far."

Those races also have helped considerably in the point standings. Heading into this Sunday’s race, Auberlen and Sims trail leaders Magnussen and Garcia by just 10 points, 154-144, setting the stage for an exciting championship battle.

“In the beginning of the season, we were finishing mid to three quarters in the pack after having perfect races," Auberlen said. “So, at Long Beach we whittled down to fifth after a perfect race. All the guys that were running up front are at the bottom, we’re getting back into the points race and now we move on to tracks that really suit this race car- VIR, Road America. It may be what we need to get back and clinch this championship.

“(Canadian Tire Motorsport Park) is a super-fast track that I think will be able to suit the M6. We haven’t had a ton of success at Mosport, but we’ve got a lot going for us. We never had a podium (at Watkins Glen) and we just got a win, so that says a lot about where this car is going."

Last weekend, the car was lightning quick throughout. Lally put the No. 93 machine on the GTD class pole and for much of the six hours, both the No. 93 and the team’s No. 86 NSX shared by Jeff Segal and Ozz Negri also was a top contender before Lally and Legge doubled down for a second straight win.

“It’s hard to believe we got two wins in a row," Legge said. “That’s what you go out to achieve in racing, but we were pinching each other when we got out of the car, thinking is this for real? But it shows this isn’t a flash in the pan, that Acura is here to stay."

The back-to-back victories also have helped Lally and Legge in the GTD championship standings. They now are trailing co-leaders and defending GTD champions Christina Nielsen and Alessandro Balzan in the No. 63 Scuderia Corsa Ferrari 488 GT3 by 26 points, 173-147, with half of the season still ahead.

“Anytime you come off back-to-back wins in GT3 competition, I would imagine we would be looked at as favorites heading into this week," Lally said. “But the amount of depth that we have in the GTD class makes it clear that there’s never a sure bet for who is going to win this race.

“Week in and week out, we constantly see half a dozen manufacturers battling door-to-door with some of the most competitive racing on the planet. I love these cars and love the way we can fight with them. The racing that we’ve seen so far this year has been very close and always gets intense on the way to the checkered."

The IMSA Prototype Challenge Presented by Mazda also has a pair of 45-minute races on the schedule this weekend, at 5:30 p.m. ET Saturday and 9:30 a.m. Sunday. Both of those races, as well as the Continental Tire Challenge race and WeatherTech Championship qualifying will be streamed live on IMSA.com.