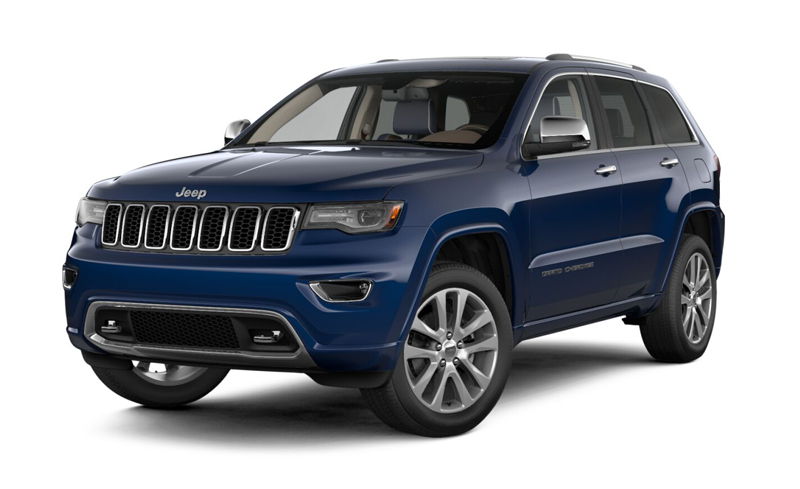 UPDATE Will they or won't they? Great Wall Motors (GWLLY) has played down its interest in Fiat Chrysler's (FCAU) Jeep brand, sending its Shanghai listed shares down after trading was halted.

In a regulatory filing clarifying Monday reports that it was interested in acquiring Fiat or the Jeep brand, Great Wall said that it has paid attention to and conducted studies on Fiat, "but there has been no concrete progress so far."

On Monday, the SUV maker told media that it had plans to acquire Jeep, and was contacting Fiat to begin negotiations.

"There is substantial uncertainty as to whether the Company will proceed with such project, which should not affect the financial results of the Company," Great Wall said in a Tuesday regulatory filing with the Hong Kong Stock Exchange where it is also listed. "Besides, the Company has not built any relationship with the directors of FCA nor has the Company entered into any discussion or signed any agreements with any officer of FCA so far."

08/21/17 Chinese automaker Great Wall Motor Co. told Automotive News it is interested in buying the Jeep brand and has reached out to Fiat Chrysler Automobiles to see whether a deal can be negotiated.

The move would slice Jeep from the rest of FCA's brands, leaving question marks over the future of Fiat, Chrysler, Dodge and Ram. FCA already said it would consider splitting Alfa Romeo and Maserati into their own company.

Great Wall President Wang Fengying, listed by Fortune as the seventh most powerful woman in Asia, wrote in an email to Automotive News that Great Wall intends to buy Jeep and is "connecting with FCA" to begin negotiations.

FCA said on Monday in a statement that it had not been approached by Great Wall in connection with the Jeep brand or any other matter relating to its business.

It is not surprising Great Wall wants Jeep only. Analysts say Jeep is unquestionably the most valuable part of FCA's portfolio and theoretically worth more on its own than the automaker as a whole. AutoWeek

08/17/17 Dongfeng Motor Group has no plans at the moment to acquire all or part of Fiat Chrysler Automobiles, a spokesman of the Chinese automaker said in response to a question by Reuters.

“We currently have no plans," Zhou Mi, a Wuhan-based spokesman for Dongfeng, said on Thursday.

Zhou was responding to a question about whether Dongfeng was interested in acquiring all of FCA, just Fiat or Chrysler only, or a specific brand or technology that belongs to FCA.

Dongfeng was one of several Chinese automakers cited in an Automotive News report on Monday that said representatives of "a well-known Chinese automaker" had made an offer this month for FCA and that other potential Chinese suitors were interested.

Dongfeng currently owns a 13.7 percent stake in PSA Group that it took as part of a recapitalization plan in 2014.

08/16/17 Fiat Chrysler chief Sergio Marchionne has made no secret of his desire for another merger. But without no major automakers in Europe or America showing any interest, Marchionne's switching his focus to the Far East. And it could bear fruit in the form of a buyout at any moment.

Automotive News reports that FCA has been entertaining offers by several major Chinese automakers. Apparently none of them have been sizable enough, but if any of the leading contenders should increase their bids sufficiently, it could be as simple as signing on the dotted line and handing over the keys to the kingdom.

Among those identified as expressing interest are Guangzhou, Geely, Dongfeng, and Great Wall. FCA and Guangzhou already partner on a joint venture to manufacture in China for the local market, while Geely in particular has been snapping up foreign automakers one after the other – including Volvo, London Taxi, Proton, and Lotus.

The impetus for the foreign expansion reportedly comes from the Chinese government, which has been encouraging domestic manufacturers across multiple industries to buy up companies in their field around the world. Sources expect Chinese companies to spend $1.5 trillion on foreign acquisitions over the next decade. But the prospect of a potential FCA acquisition would satisfy more than Beijing bureaucrats.

Chinese automakers have been desperate to break into the large and lucrative North American market, and with the quality of their products having ostensibly improved, it could come down to infrastructure. And FCA has that in spades: 162 manufacturing plants around the world, 87 R&D facilities, and an extensive dealer network that numbers 2,600 showrooms in the United States alone. Executives from some major Chinese automakers have reportedly even gone so far as to meet with representatives of major American dealer groups in preparation for a possible FCA takeover, with reciprocal delegations traveling between China and Michigan to work out details.

The development follows earlier possibilities for takeover from within the Western world have fallen through – most notably from Volkswagen (whose resources are tied up in the diesel emissions debacle) and General Motors (which was less interested in the prospect than Fiat Chrysler was). With no offers incoming, Marchionne set upon a course to court acquisition, taking steps such as discontinuing production of unprofitable small cars and focusing on the pickups, SUVs, and minivans it does well.

A Chinese takeover would be just the latest in a long history of mergers and acquisitions at Fiat and Chrysler. Aside from the former having acquired the latter, Chrysler (which acquired Jeep and Eagle from the defunct American Motors) was previously owned by Mercedes parent Daimler, while GM previously held 20 percent of Fiat (which had in turn gobbled up Lancia, Alfa Romeo, Maserati, and Ferrari, among others).

While a potential takeover would likely include the Fiat, Chrysler, Dodge, Jeep, and Ram brands, FCA and its owners could spin off certain properties from the group as separate entities – much as it did with Ferrari and the industrial and agricultural divisions under the CNH Global umbrella. Alfa Romeo and Maserati could be separated, as could suppliers like Magneti Marelli, Teksid, and Comau. Carscoops