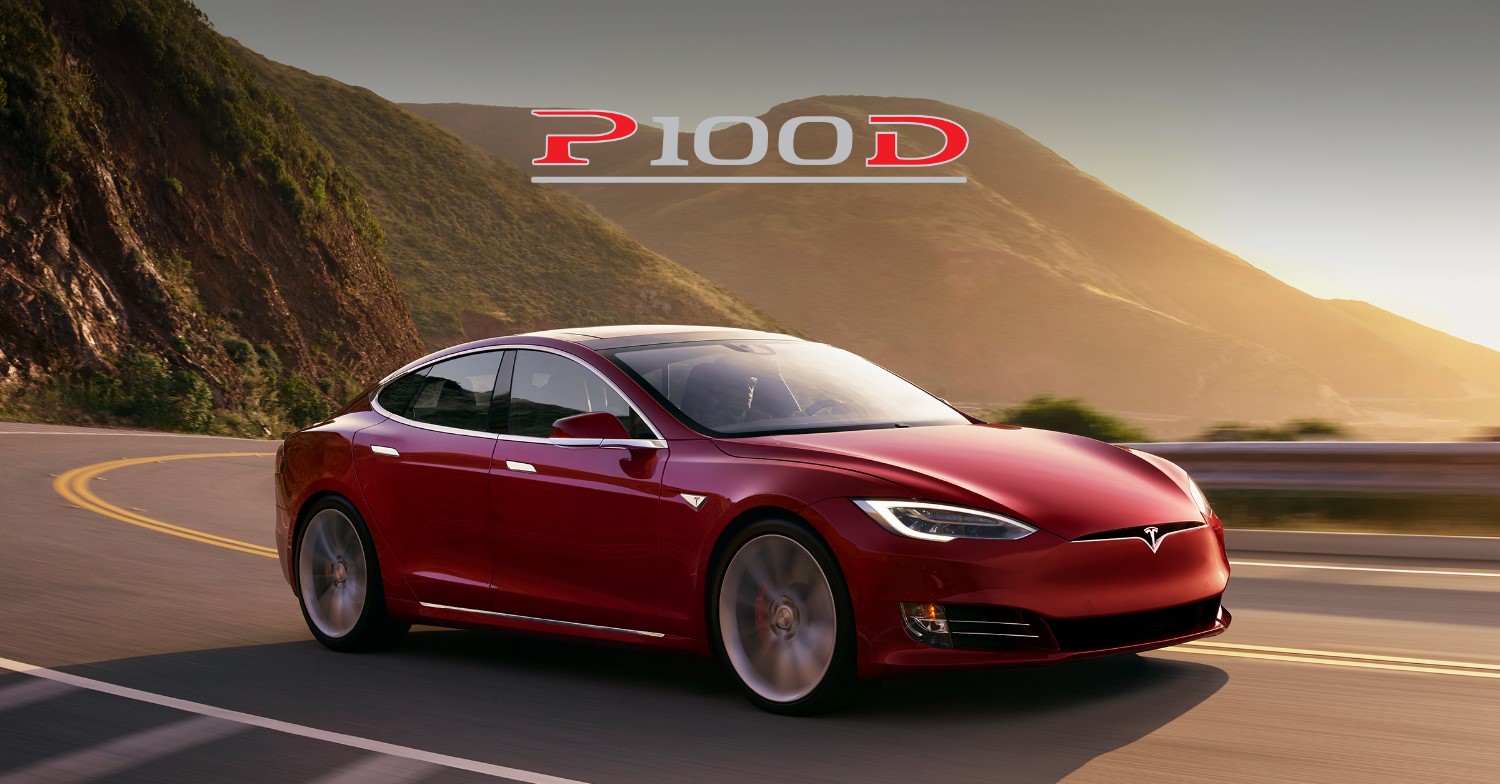 In part from an article in the Economist:

Electrification has thrown the car industry into turmoil. Its best brands are founded on their engineering heritage—especially in Germany. Compared with existing vehicles, electric cars are much simpler and have fewer parts; they are more like computers on wheels. That means they need fewer people to assemble them and fewer subsidiary systems from specialist suppliers. Carworkers at factories that do not make electric cars are worried that they could be for the chop. With less to go wrong, the market for maintenance and spare parts will shrink. While today’s carmakers grapple with their costly legacy of old factories and swollen workforces, new entrants will be unencumbered. Premium brands may be able to stand out through styling and handling, but low-margin, mass-market carmakers will have to compete chiefly on cost.

Assuming, of course, that people want to own cars at all. Electric propulsion, along with ride-hailing and self-driving technology, could mean that ownership is largely replaced by “transport as a service", in which fleets of cars offer rides on demand. On the most extreme estimates, that could shrink the industry by as much as 90%. Lots of shared, self-driving electric cars would let cities replace car parks (up to 24% of the area in some places) with new housing, and let people commute from far away as they sleep—suburbanization in reverse.

Even without a shift to safe, self-driving vehicles, electric propulsion will offer enormous environmental and health benefits. Charging car batteries from central power stations is more efficient than burning fuel in separate engines. Existing electric cars reduce carbon emissions by 54% compared with petrol-powered ones, according to America’s National Resources Defense Council. That figure will rise as electric cars become more efficient and grid-generation becomes greener. Local air pollution will fall, too. The World Health Organisation says that it is the single largest environmental health risk, with outdoor air pollution contributing to 3.7m deaths a year. One study found that car emissions kill 53,000 Americans each year, against 34,000 who die in traffic accidents.

And then there is oil. Roughly two-thirds of oil consumption in America is on the roads, and a fair amount of the rest uses up the by-products of refining crude oil to make petrol and diesel. The oil industry is divided about when to expect peak demand; Royal Dutch Shell says that it could be little more than a decade away. The prospect will weigh on prices long before then. Because nobody wants to be left with useless oil in the ground, there will be a dearth of new investment, especially in new, high-cost areas such as the Arctic. By contrast, producers such as Saudi Arabia, with vast reserves that can be tapped cheaply, will be under pressure to get pumping before it is too late: the Middle East will still matter, but a lot less than it did. Although there will still be a market for natural gas, which will help generate power for all those electric cars, volatile oil prices will strain countries that depend on hydrocarbon revenues to fill the national coffers. When volumes fall, the adjustment will be fraught, particularly where the struggle for power has long been about controlling oil wealth. In countries such as Angola and Nigeria where oil has often been a curse, the diffusion of economic clout may bring immense benefits.

Meanwhile, a scramble for lithium is under way. The price of lithium carbonate has risen from $4,000 a tonne in 2011 to more than $14,000. Demand for cobalt and rare-earth elements for electric motors is also soaring. Lithium is used not just to power cars: utilities want giant batteries to store energy when demand is slack and release it as it peaks. Will all this make lithium-rich Chile the new Saudi Arabia? Not exactly, because electric cars do not consume it; old lithium-ion batteries from cars can be reused in power grids, and then recycled.

The internal combustion engine has had a good run—and could still dominate shipping and aviation for decades to come. But on land electric motors will soon offer freedom and convenience more cheaply and cleanly. As the switch to electric cars reverses the trend in the rich world towards falling electricity consumption, policymakers will need to help, by ensuring that there is enough generating capacity—in spite of many countries’ broken system of regulation. They may need to be the midwives to new rules and standards for public recharging stations, and the recycling of batteries, rare-earth motors and other components in “urban mines". And they will have to cope with the turmoil as old factory jobs disappear.

Driverless electric cars in the 21st century are likely to improve the world in profound and unexpected ways, just as vehicles powered by internal combustion engines did in the 20th. But it will be a bumpy road. Buckle up. See full article at The Economist

Advantages of an Electric Motor

Consequently, heavy-duty applications such as trains and ships, if diesel powered, typically have hybrid diesel-electric drivetrains, with the diesel engine generating electricity that powers the electric motor.

Furthermore, a pure electric system has the advantage that there is no local pollution: one of many problems with combustion engines is the amount and range of pollutants generated: particulates (PM10, PM2.5), NOx, SOx, CO, CO2.

Electricity can be generated from a wide range of sources, so using an all-electric transmission makes it much easier to switch to a cleaner supply.

And as a large demand from electric engines improves the economics of electric storage, by providing income for electric-storage providers, economies of scale, and demand-pull for innovation, that makes it even easier to incorporate into the electricity grid exogenously-variable renewables such as run-of-river hydro, PV, CSP, and wind.

Along the lines of "easier to maintain", an electric motor is likely to last much longer, for example, in an automotive application, than an internal combustion engine (ICE). An EV traction motor may very well last 1,000,000 miles, versus perhaps one quarter of that for most ICEs. While it's true that current EVs tend to use batteries to power the motors, and batteries may need to be replaced at a comparable interval to an ICE timing belt, an EV with a new battery is going to run much more like a new vehicle than an ICE with a new timing belt. The regenerative braking associated with the electric motor will also prolong brake life.

Electric motors are more quiet than ICEs. This is a controversial topic. I believe noise pollution to be a problem, and thus, a quieter car to be better (especially with respect to sustainability). Some are concerned about pedestrian safety with quieter electric motors. While this can be, and is being, addressed by adding noise makers to electric cars, I believe this solution is actually misguided. The basis for this aversion to quiet cars partly draws from a multi-year study in the US concerning pedestrian accidents with hybrid vehicles. The hybrid vehicles had a 40% higher rate of pedestrian accidents than non-hybrids. However, the study did not correct for the fact that in the US, hybrids tend to be owned by city-dwellers, and the rate of pedestrian accidents is twice as high in cities vs. rural areas, for all cars. I believe this factor alone can explain the 40% result. Also, during this study, which involved thousands of hybrid cars, not a single blind person was killed by a quiet hybrid.

Size matters. In an application-agnostic answer, it's important to note that for some applications, electric motors are more versatile because of the variety of sizes they come in. Hopefully, it's obvious that an ICE to make your phone vibrate is not an option, but a motor works quite well.

Without specifying your application, I'll try to discuss multiple transportation applications. For cars or trains, the excess weight of a battery pack that drives an electric motor is not a huge penalty. The road provides extra normal force to balance the vehicle weight. However, in aerospace applications, power-to-weight ratio is more critical. So, for airplanes, using electric motors for propulsion is still not practical. Liquid fuels have a higher energy density compared to batteries, which makes petro-fuels or biofuels more attractive for airborne propulsion.

This is less of a problem for cars, which do not yet have to levitate. Also, it should be noted that comparisons of energy density for liquid fuels vs. batteries distort the true picture, because total weight is what's important, and an ICE system requires a heavy ICE, and a heavy transmission. When the whole system is considered, battery EVs suffer a noticeable, but acceptable, weight penalty for their lower energy-density fuel.

Battery range (capacity) is also a problem for EVs. However, I believe this issue to be exaggerated, as the average US driver (who drives a lot!) still only drives 40 miles on an average day and cars are now coming to market that get over 200 miles range on a single charge. In the future, more charging stations will also minimize the range problem for electric cars. However, for now, range versatility has to be considered an advantage of ICE vehicles.

Temperature constraints can be a disadvantage for electric motors, due to the batteries themselves. High temperatures can shorten battery life, and very low temperatures can (temporarily) reduce the useful capacity of the battery. Note that normal temperatures here on earth are well-suited to battery EVs, so this issue is more a problem if your area has temperature extremes.