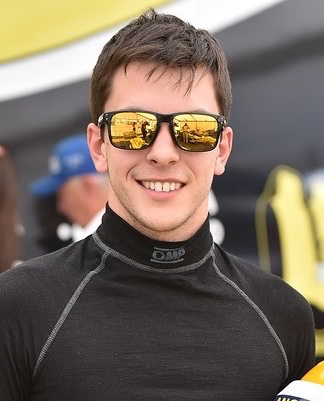 UPDATE Belardi Auto Racing Indy Lights driver Santiago Urrutia made big announcement on Friday in Uruguay: "I have a preliminary contract to race in IndyCar in 2018", Urrutia said in a press conference.

"We are in negotiations with three IndyCar teams to race next year. We have 70% of the budget, we still have to work in the other 30 percent but we are on it. That 70 percent is confirmed."

Urrutia claimed that the 70 percent of the budget comes from the US and the rest should be gathered within Uruguay.

"I hope everything turns out good, I will continue to give my 100 percent and I will work hard to get that 30 percent."

IndyCar will introduce a new car in 2018 and, for Urrutia, this is the best time to make the jump because it puts him on more equal footing with the more experienced drivers.

"It is a good moment because IndyCar is changing its cars. The drivers that are in the series from many years now they have the experience, but this could make things more equal because they also will have to learn how to drive the new car."

Teams rumored to be talking to Urrutia include SPM (who he drove for last year), Andretti and Rahal.

01/14/16 2015 Pro Mazda Presented by Cooper Tires champion Santiago Urrutia is scheduled to test an Indy Lights car with Schmidt Peterson Motorsports at Homestead on January 26-27. The 19-year-old Uruguayan of course has the scholarship from winning Pro Mazda ($590,300) to move up to Lights, and is reportedly finalizing the necessary budget for Lights.