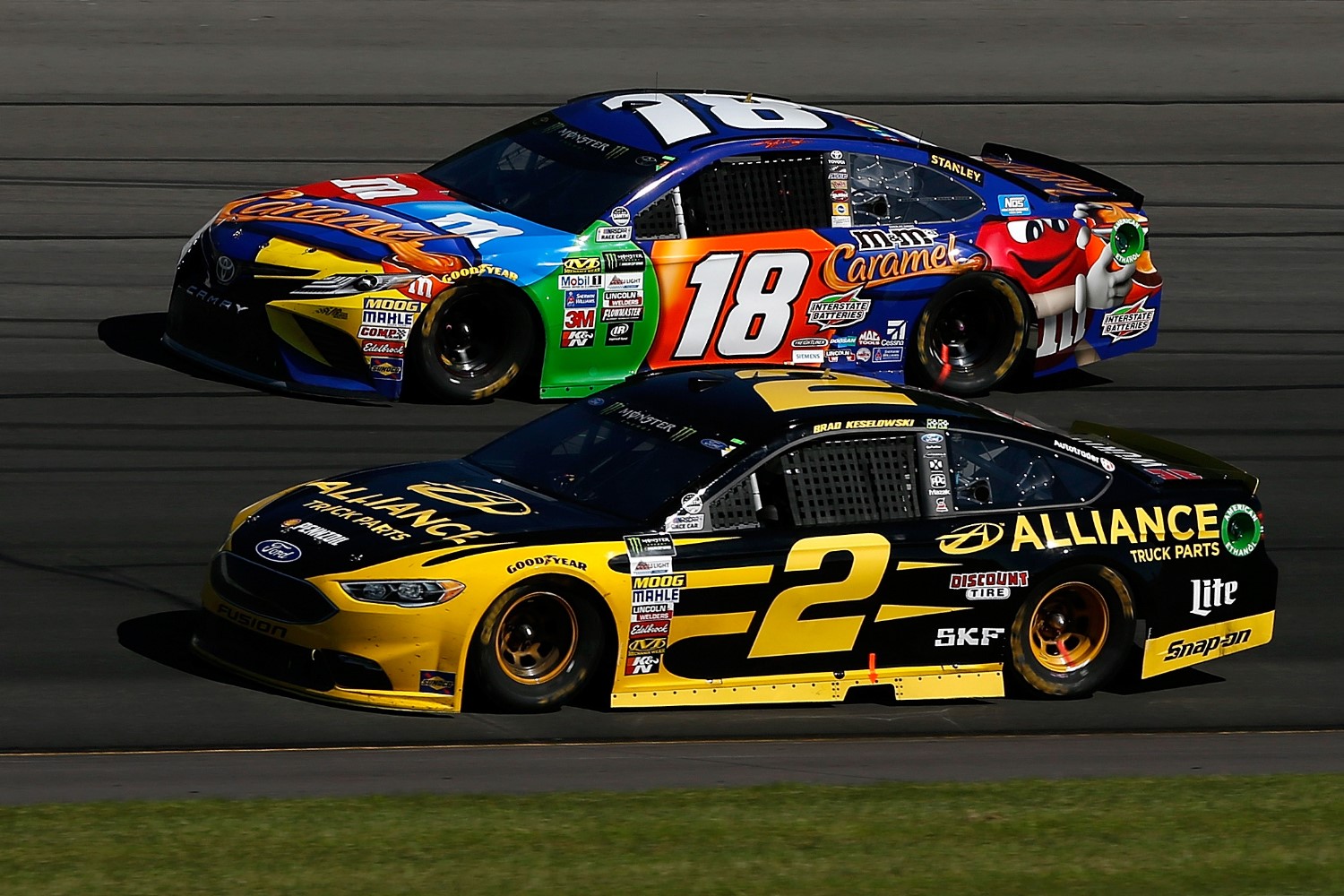 UPDATE Below is a statement from Furniture Row Racing team president Joe Garone regarding today’s NASCAR announcement about the penalty issued to the No. 77 team for a rear suspension infraction at last Sunday’s race at Pocono (Pa.) Raceway. The No. 77 crew chief Chris Gayle was fined $50,000 and penalized with a two-race suspension starting at this weekend’s race in Watkins Glen, N.Y. The team was also penalized 25 owner points and 25 driver points.

“We understand and accept NASCAR’s penalty to our No. 77 team. We will not appeal the unintentional infraction with the rear suspension and will move on with team engineer James Small taking over as the interim crew chief for the next two races."

08/02/17 According to AR1.com sources, the #18 car of Kyle Busch was found to be illegal after Pocono during post-race inspection at the NASCAR R&D center.

The car did not meet the requirement that "Quarter Window air ducts must be sealed to prevent air from entering through any other source except the rear quarter window."

Will Busch be able to keep the win? Of course he will. Even though he won with an illegal car, and might not have if the car was legal, in NASCAR cheaters always get to keep their win. In other words cheaters prosper in NASCAR.

The #77 car of Erik Jones was also found to have a rear suspension violation similar to what the #22 car suffered at Richmond.