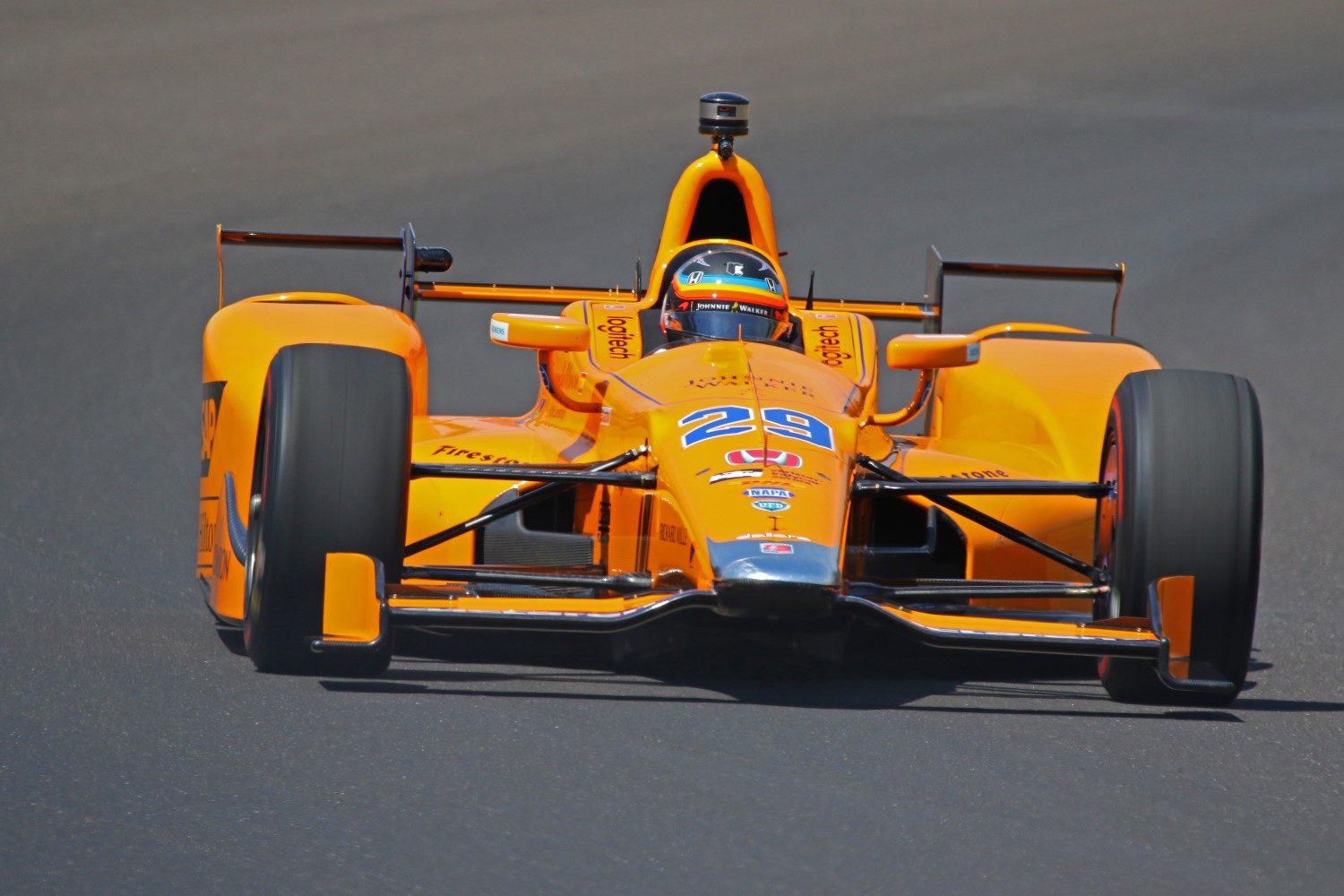 You surely read on AutoRacing1 earlier today the comments Fernando Alonso made yesterday at the Hungarian Grand Prix noting that a move to IndyCar next season for the disgruntled McLaren driver is a possibility. And the subject of Alonso has been one that we’ve heard discussed on numerous occasions so far this weekend here at Mid-Ohio. In fact, we checked with McLaren representatives here and they indicated that they’ve been hearing that Alonso to IndyCar in 2018 is a possibility.

In fact, in one scenario (not from a McLaren representative, but from someone else in the know) we heard that Honda was looking to bankroll a seat for the two-time World Champion next season at Chip Ganassi Racing. And to a certain degree this scenario makes sense, considering the rumored Andretti switch from Honda to Chevy (which by the way, a Honda representative told us is going to happen) makes Chip Ganassi Racing Honda’s undisputed number one team in 2018.

“We don’t even know where are our own drivers are going to be next year," was the rather coy non-committal answer we received when presenting this scenario to a Ganassi team representative. However, what was certainly a more interesting comment came from one Max Chilton, who was standing nearby waiting to make his qualification attempt when he overheard our conversation.

“He’s going to drive here?" asked the driver of the No. 8 Gallagher Honda, more than a little rhetorically. Chilton then went on to say “you guys are reading too much [something our ability to decipher a London dialect didn’t make sense of] stuff."

Anyway, you’ve been getting many people’s opinions regarding where Fernando Alonso will drive next season. And now you have Max Chilton’s.

We caught up briefly with Conor Daly. Since the Toronto race, the driver of the No. 14 ABC Supply Chevrolet has lost nine pounds with a vegan diet. Perhaps, the weight loss has worked, as Daly qualified 11th for tomorrow’s race.

A miserable weekend for Mikhail Aleshin continued in qualifying, as the Russian will start tomorrow’s race last. Before qualifying, we asked a member of Schmidt Peterson Motorsports what happened with Aleshin’s spin in practice 3, and were told, “we think the telemetry will show there wasn’t a failure on the car."

Suffice to say, the relationship between Aleshin and SPM doesn’t seem to be trending in a positive direction.

Go ahead and add 3-time CART Champion, 1986 Indianapolis 500 winner and current team owner Bobby Rahal to the list of people who approve of the 2018 IndyCar. “It looks like an IndyCar," said Rahal giving a thumbs-up to the car.