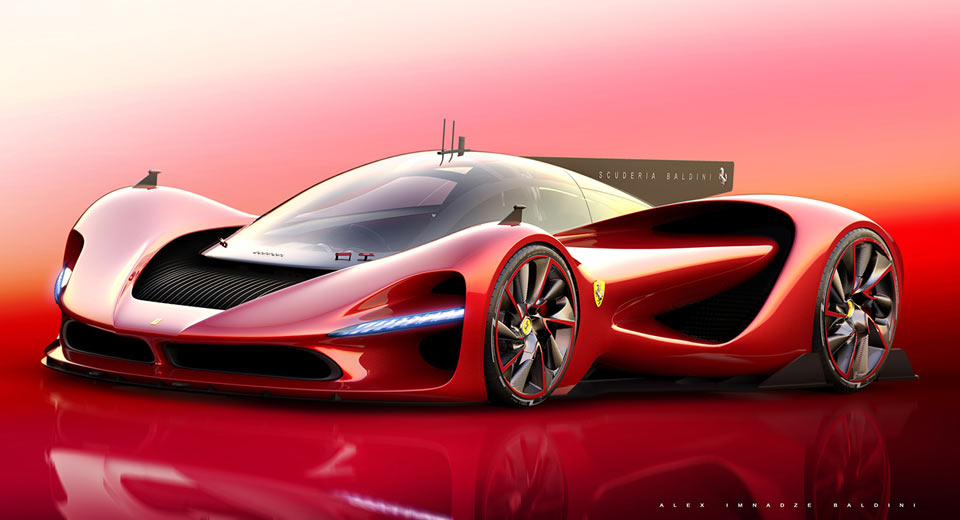 Earlier this year, Ferrari revealed that its next-generation hypercar is probably three to five years away and while the public has no idea what form that car will take, we'd love to see it act as a rival to the Aston Martin Valkyrie and Mercedes-AMG Project One.

Evidently, we're not the only ones that hope that's the case, as car designer Alex Imnadze Baldini has rendered what Ferrari's next hypercar could look like.

As with the Valkyrie, the car rendered, dubbed the P3 Scuderia Baldini, has been created with a very small cockpit wrapped exclusively in glass. Also like the Valkyrie, there are no traditional wing mirrors in sight and instead, the car has been fitted with two small cameras on the front wheel arches which would feed images to screens in the cabin.

At the front, the low slung snout includes slim horizontal headlights that sit in the middle of two large air intakes in a design reminiscent of the McLaren 720S. The sides then incorporate absolutely massive air intakes feeding the mid-mounted engine with all the air it could ever need. carscoops