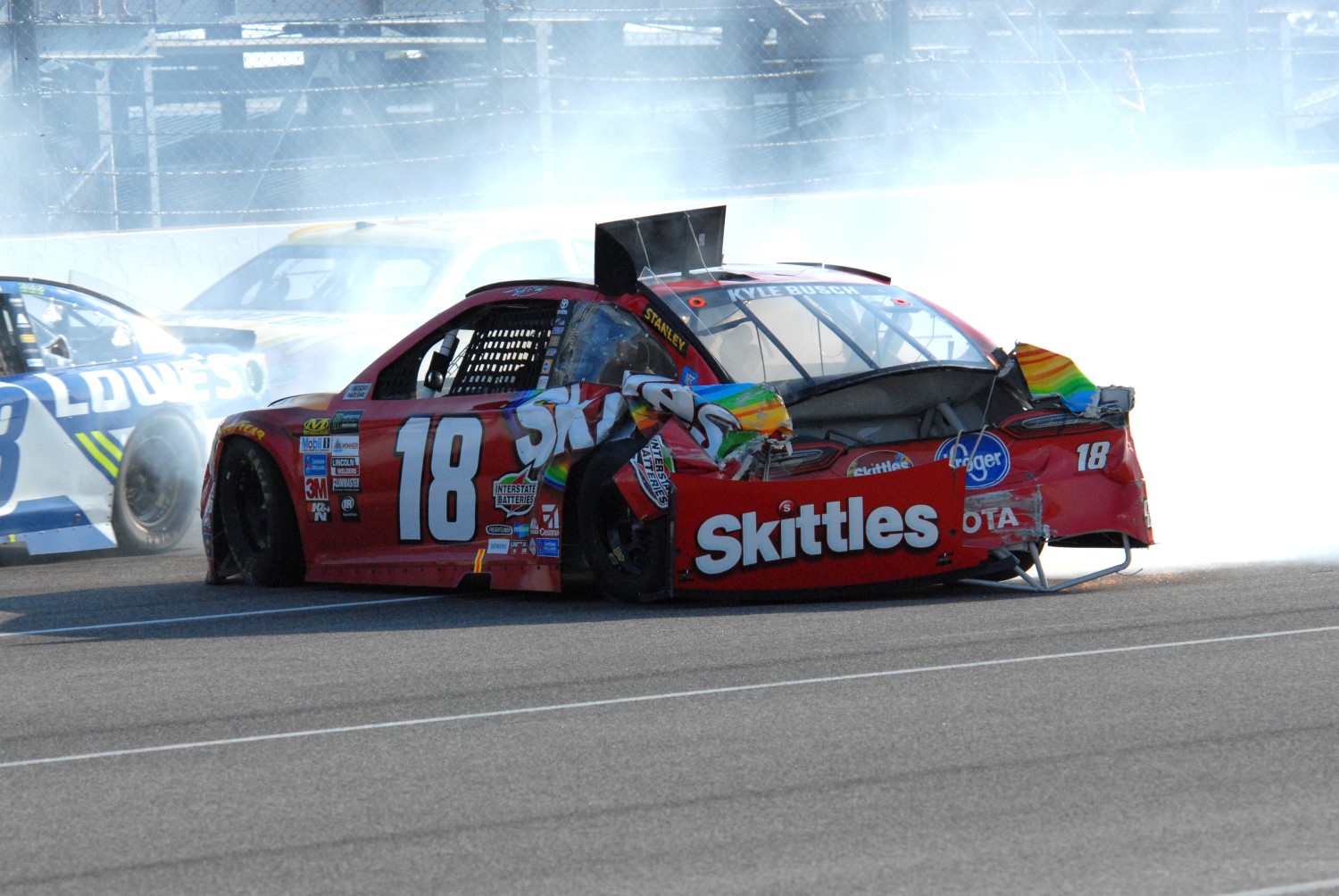 Currently, the overtime line is an arbitrary point at each track, where a demarcation line is noted as the official ending point of a race when it has gone into overtime status. Originally, the overtime line was at the start/finish line but shenanigans by Kevin Harvick at Talladega several years ago, resulted in it being moved. Now, that decision is being reconsidered.

O’Donnell met with a group of media members following the race to address concerns about when officials made the call to put out the yellow flag after Denny Hamlin went nose-first into the outside wall along the backstretch. It appeared there was a delay from when the crash occurred to when the caution flew, which allowed Kasey Kahne to cross the overtime line on the 2.5-mile track. Fans voiced their skepticism on social media of the overtime line and when NASCAR decided to throw the caution.

“I think we’ve talked about the potential to move it to the start/finish line in 2018. But we’ve been very clear on the rules: once the leader crosses the overtime line, a caution comes out, the race is over," O’Donnell said.

According to the NASCAR Rulebook, “c. A Race that is extended and restarted in NASCAR Overtime will consist of one or more restart attempt(s) and requires the leader’s vehicle to break the vertical plane of the leading edge of the “Overtime Line" under green flag conditions on the first lap of the attempt. A restart attempt will consist of a green flag lap, a white flag lap, and a black and white checkered flag finish. The “Overtime Line" is placed on the race track in a location designated by NASCAR.

Had NASCAR thrown the caution at the moment Hamlin’s car hit the wall, Kahne would not have yet crossed the overtime line. Instead, tower officials waited until the line was crossed and the race was considered official.
In fairness, the race had already had three red flags and another would have forced NASCAR to call the race due darkness because Indianapolis Motor Speedway has no lights. A 20-minute clean-up would have prevented a restart because the spotters and drivers would not have been able to see.

“… we would not have been able to restart that race," O’Donnell said, of the final crash. “There was oil down. It would have been another red flag. I think the last couple cautions or red flags were 15 to 20 minutes with oil. So we were up against it, as well."