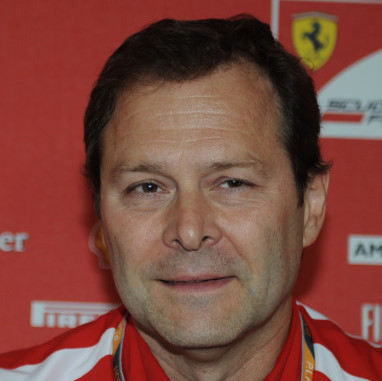 UPDATE "I've got five, six years left of my career in racing, and after that I want to avoid becoming a commentator or a manager." Lewis Hamilton

Drivers do not set F1 records, Aldo Costa does.

06/23/17 (GMM) Lewis Hamilton has played down reports he might quit at the end of the season.

Speaking to the latest edition of the in-house FIA magazine Auto, the triple world champion said: "I can decide to stop at the end of this year."

But the quote triggered unexpected headlines, and in Baku the Briton hit reverse gear.

"I can't even remember this interview," he said.

One suggestion is that although Hamilton has a contract for 2018, he might decide to 'do a Rosberg' and make room at Mercedes for a younger driver if he wins the title.

"I don't feel like it's time to make room for someone," Hamilton insists.

"Of course, it's also my dream – as it is for many athletes – to stop at the top of my game. But if you do, you don't know what you would have achieved after that.

"Many athletes stopped too early, so you don't want that either," he added.

So with seats potentially vacant at Ferrari for 2018, does Hamilton rule out taking on a new challenge with F1's most famous team?

"I'm not thinking of a change to Ferrari," he answered.

"All I'm thinking about is how I can beat Ferrari. I don't make a secret of the respect I have for them and how important the brand is to the sport, and I'm also a big fan of their road cars.

"Who knows what the future holds for me? But I can't imagine driving for Ferrari now," said Hamilton.

When discussing his eventual 'legacy' within the sport in conversation with the FIA magazine Auto, triple world champion Hamilton said he might soon join former teammate Nico Rosberg in retirement.

"My destiny is in my own hands," said the Briton.

"Does that mean my legacy is less great than it would be if I stop in five years' time? Who's to say?" Hamilton said.

However, quitting F1 prematurely seems unlikely for Hamilton, particularly as he is enjoying his racing in 2017.

And the Briton says that's not just because the cars are faster.

"It's also easier battling another team. When (the competition) is all within a team it's just like a big vortex, and depending on the tension it gets stronger and stronger and is actually not really what a team is built to be," he explained.

"Now having another team (to fight) we are pulling together with that same drive — it's just so much more powerful, it's really awesome."

02/24/17 Lewis Hamilton is not ruling out an early retirement from Formula 1 but insists it is not something he thinks about a "huge amount."

The Brit was on hand for Thursday's launch of the new Mercedes W08.

As for whether retirement is on the cards for Hamilton, he said: "I don't think about retiring a huge amount, but of course I do think about it.

"I got in the car today and I was like, ‘I can still drive', so that's a good thing.

"I really don't know when is going to be the time. It could be soon, it could be far away. That's the exciting thing about life."

As for whether Hamilton, who will partner Valtteri Bottas this season, is missing Rosberg, that's a firm no.

"I don't think I have ever missed a team-mate in my life because there is always one that takes his place," he explained. "One day I will leave and another driver will come along.

"The experience of last year has helped me strengthen. I feel I am stronger. I feel more complete as a driver. I feel like I am the best prepared I have ever been.

"I didn't win the World Championship last year and I want to change that."