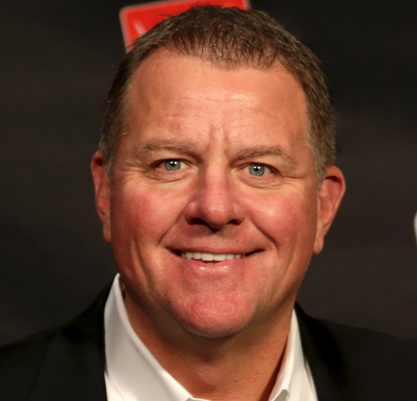 The prospect of four or five new teams joining the Verizon IndyCar Series has IndyCar's president of competition and operations, Jay Frye, encouraged when it comes to car counts beginning in 2018 writes Bruce Martin of AutoWeek.

If Team Penske shrinks from four full-time entries to three with the prospect of Helio Castroneves' leaving the series as a full-time competitor to drive in the Indianapolis 500 and a Team Penske entry in the IMSA WeatherTech SportsCar Series, that would be one fewer driver in the field. But Frye told Autoweek that such teams as Juncos, Harding Racing, Steinbrenner Racing, Carlin Motorsports and even McLaren could actually increase the size of the fields in future seasons.

"It's been a long time since we've had the potential for new owners like we have going forward," Frye told Autoweek Sunday at Iowa Speedway before the Iowa Corn 300. "Juncos and Harding have already run in several of our races. Steinbrenner Racing is exciting and so is Carlin. So, there is potential.

"Does this mean it's all going to come together? No, but we have people that are actually doing it right now in the Mazda Road to Indy Series or have run in IndyCar. There are four groups that are legitimate that are really good that we are very encouraged about the future with. If all four of them came in as two-car teams, that would be eight more cars on the grid with four new team owners. I don't think we've had that kind of potential for a while. That's very exciting. If Helio leaves but Harding comes in with two cars, then we are one ahead."

Frye believes IndyCar is undergoing an evolution and it will greatly benefit the future of the series.

"What is encouraging for us is we have a fresh new, young group that is not just talking about it; they are doing something right now and doing it in a big way," Frye said. "They are very good.

"What has to happen now is the next step and that involves financial considerations, people considerations and drivers. They are taking big steps to get to where they are at. And McLaren is absolutely in that conversation, but the four that I have mentioned we are talking to every week."

Meanwhile, IndyCar CEO Mark Miles is also very excited about the prospects of new teams joining the series. That is important because in 2017, three teams — Penske, Ganassi and Andretti — control 12 cars on the grid.

"We work hard at it; we aren't waiting for nature to take its course," Miles told Autoweek. "It's very encouraging that there are at least three upcoming young team owners working very hard to get to IndyCar that have already been in the Indianapolis 500.

"We think we will be OK and may even get some net growth over the next few years." AutoWeek