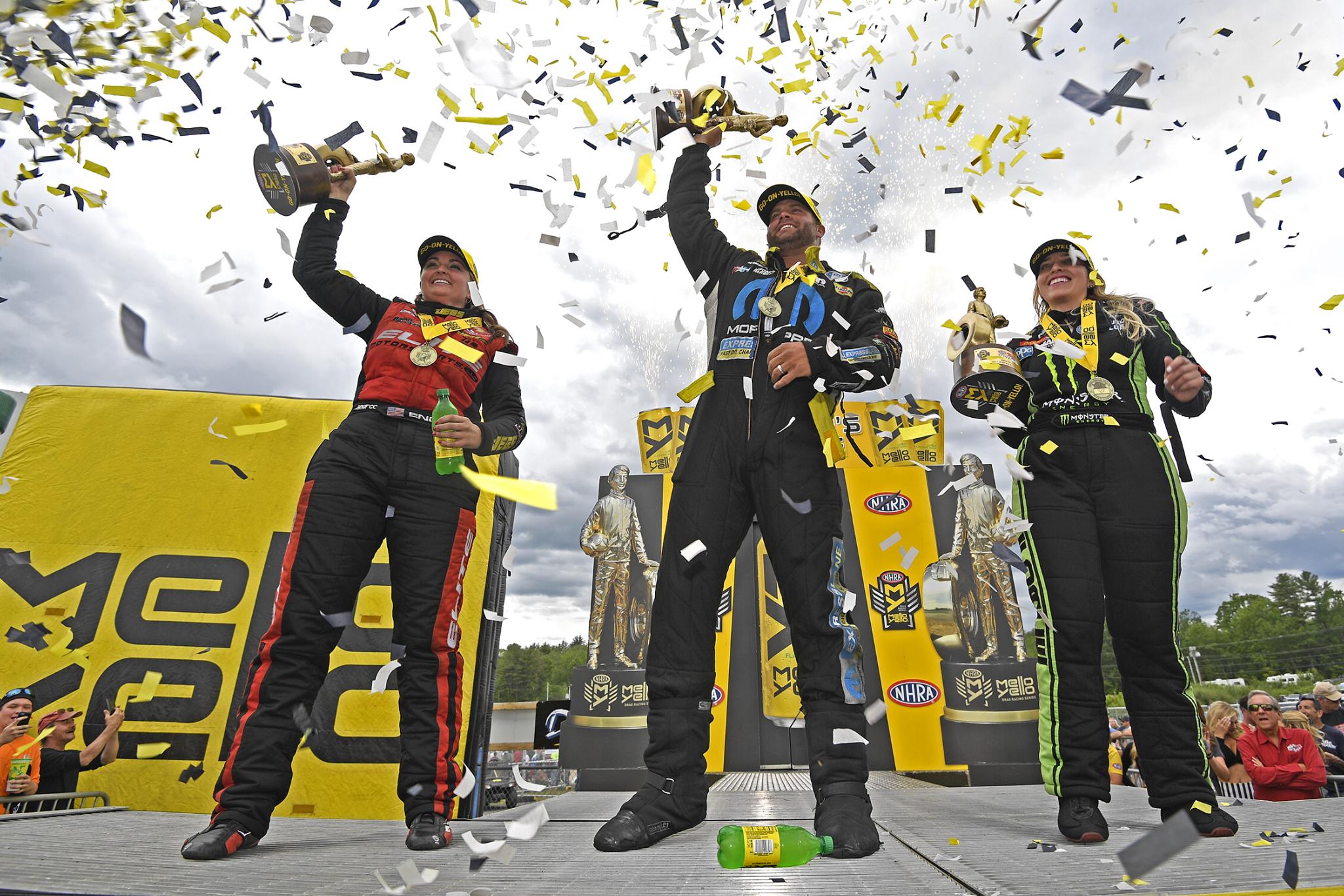 Force earned the fourth victory of her career and first of the season with a pass of 3.716 seconds at 328.62 mph in her Monster Energy dragster to defeat Antron Brown who ran a 3.728 at 327.98 in his Matco Tools dragster in the final round.

"We figured things out in Topeka and I felt like we had our team back so we knew our first win would be right around the corner," Force said. "The key to it all is our team sticking together and not giving up, and it definitely paid dividends today."

Force qualified second for the event and defeated Steve Chrisman, Troy Coughlin Jr., Shawn Langdon and Brown on her way to the victory. Force now sits at sixth in the points standings and is the fifth Top Fuel winner of the season. Brown defeated Shawn Reed, Scott Palmer and points leader Leah Pritchett before reaching his fourth final round of the season.

Hagan powered to the 25th victory of his career and third of the season with a 3.897 pass at 332.59 in his Mopar Express Lane Dodge Charger Funny Car to defeat Courtney Force who ran a 3.927 at 332.34 in her Advance Auto Parts Chevy Camaro.

"I knew we had a great racecar today and the conditions were great so we knew we were better than our qualifying times," Hagan said. "Everything went the way it should have today, and things seemed to fall in place for us."

After qualifying fourth, he defeated 16-time world champion John Force, Del Worsham and teammate Tommy Johnson Jr. before facing off with Courtney Force in the final. Hagan won the first two events of the season in Pomona and Phoenix and currently sits second in the points standings behind teammate Ron Capps who ended a four-race win streak when he fell to C. Force in the semifinal round.

"Today is a culmination of everything that happened over the past year and a half, since 2016 was tough for us," said Enders of the importance of today’s victory. "It’s so awesome to have a team that has my back and it is absolutely the reason why I am able to drive the way I drive."

Enders now sits at sixth in the standings and is the seventh different Pro Stock winner of the season. After qualifying second, Enders defeated reigning world champion Jason Line and points leader Bo Butner before knocking off Gray. Gray lined up against Val Smeland and Drew Skillman before reaching his third final round of the season.