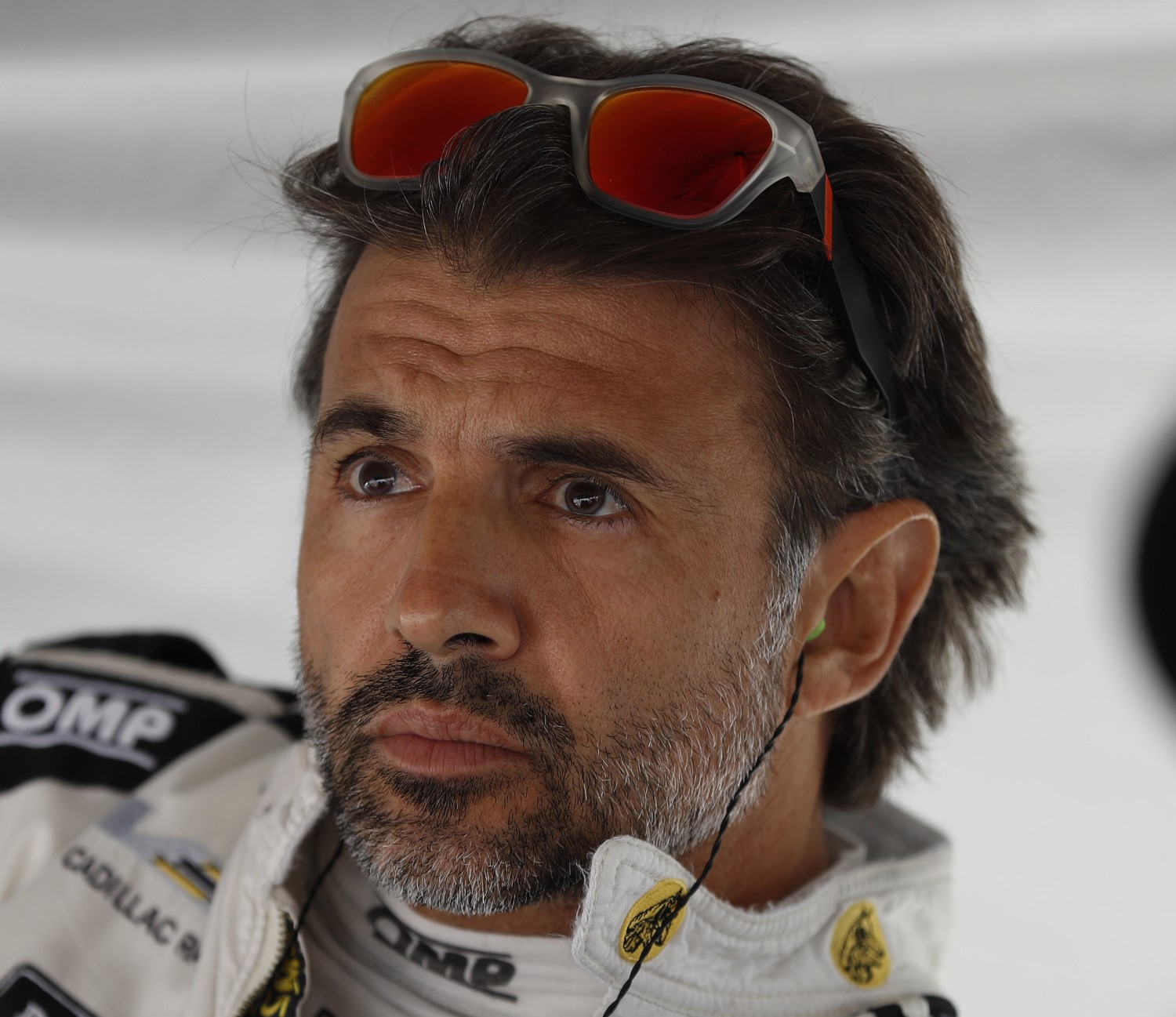 Ricky Taylor set the fastest time in the session, but one lap later ran wide on the exit of Turn 4 and made heavy contact with the barrier. The red flag flew shortly after the seven-minute mark and the session never resumed. Per IMSA rules, any driver involved in an incident that results in abandonment of qualifying may be placed at the back of the starting grid in its category.

Because qualifying was abandoned, the Prototype class grid was set by team points, awarding the top spot to the No. 5 Mustang Sampling Cadillac DPi-V.R of Fittipaldi and Joao Barbosa.

“Am I happy to be starting in the front? Yes, absolutely," Fittipaldi said. “At the same time I’m frustrated that it happened the way it happened because we had an extremely competitive car. We were equally strong for qualifying, but sometimes these things work in your favor and sometimes they don’t. Today they were in our favor. It wasn’t the way I wanted it to be, but I’ll take it. Tomorrow is what really counts."

Ricky Taylor will roll off the grid 12th. He and co-driver Jordan Taylor enter the weekend with four consecutive WeatherTech Championship wins to start the season and a 22-point lead over the No. 5 car.

The No. 31 Whelen Cadillac DPi-V.R of Dane Cameron and Eric Curran will start the race second, followed by the No. 85 JDC-Miller Motorsports ORECA LM P2 car of Misha Goikhberg and Stephen Simpson and the No. 2 Tequila PatrÃ³n Nissan DPi of Scott Sharp and Ryan Dalziel.

While brothers Ricky and Jordan Taylor have garnered attention for their undefeated start to the IMSA WeatherTech SportsCar Championship season, Performance Tech Motorsports with drivers James French and Pato O’Ward entered this weekend’s Chevrolet Sports Car Classic at Belle Isle looking to maintain its own undefeated record in the Prototype Challenge (PC) class.

If there was any doubt that they are the favorites again this weekend, the duo quickly put that to rest Friday by posting the fastest lap in each of the day’s two practice sessions and with French scoring the team’s third TOTAL Pole Award in four races this season. French led throughout the 15-minute session in the No. 38 ORECA FLM09, setting the pole-winning time of 1 minute, 28.964 seconds. It was French’s seventh, placing him at the top of the list for most WeatherTech Championship poles.

“Luckily for us, we rolled off the trailer with a really competitive car," French said. “Having a good teammate helps, one you can trust. Pato is incredibly fast. I roll into the weekend thinking that I’m going to have to teach him and it ends up that he’s giving me tips. The car has been mechanically solid all year. We’ve been able to dodge some bullets and it’s really starting to come around."

On his final lap of the 15-minute session, Aschenbach posted a best time of 1 minute, 30.200 seconds (93.7 mph) in the No. 57 Stevenson Motorsports Audi R8 LMS GT3 to secure the class pole for tomorrow’s 100-minute sprint race on the 2.350-mile Belle Isle street circuit.

The most recent pole for Audi came in September, 2015 when Dion von Moltke secured the top starting spot in GTD at Circuit of The Americas. The previous Detroit GTD record of 1:31.340 was set by Bryan Sellers last year.

“It was a battle," Aschenbach said. “I think everyone saw in practice how close the times were. It was going to go down to whoever could get the last little bit out of the car. Everyone’s best lap was on the 10th or 11th lap. The Audi kind of takes a little more time to get up to temp than the other cars, so we knew we had to be all the way on it up until the end."

“Getting a pole today is going to give us a little bit of our swagger back for the rest of this season," he added. “The car does so well here, especially in the high-speed sections of the track. Fortunately, we were able to get this car setup perfectly for a track like this and bring it all together to come out with a pole today."

Aschenbach took the provisional pole on his second-to-last lap in the session, but needed the late flyer to retain the TOTAL Pole Award, as Katherine Legge also turned in a quick final lap in the No. 93 Michael Shank Racing with Curb-Agajanian Acura NSX GT3.

Legge’s fast lap of 1:30.541 (93.4 mph) placed the No. 93 machine she shares with Andy Lally second on the GTD grid. It was the best WeatherTech Championship starting position to date for the first-year Acura program.

Qualifying third was Sellers in the No. 48 Paul Miller Racing Lamborghini HuracÃ¡n GT3 at 1:30.763 (93.2 mph). Sellers started from the GTD pole last year in Detroit and also was the fastest qualifier in the season’s lone previous street circuit race of the 2017 season, April’s BUBBA burger Sports Car Grand Prix at Long Beach.

Sellers led a second-row sweep for Lamborghini in GTD, as Corey Lewis – who momentarily held the provisional pole during the session – wound up fourth on the grid in the No. 16 Change Racing HuracÃ¡n. Lewis’ best time was a 1:30.802 (93.1 mph).

Scott Pruett completed the top five in GTD with a best lap of 1:30.878 (93.0 mph) in the No. 14 3GT Racing Lexus RC F GT3. Pruett also held the provisional pole for a few moments late in the qualifying session.

The Chevrolet Sports Car Classic will be televised live on FS2 at 12:30 p.m. ET Saturday. The race will be rebroadcast Sunday on FS1 at 9:30 a.m. ET. IMSA Radio will offer live coverage of the race on IMSA.com, RadioLeMans.com and SiriusXM Radio.