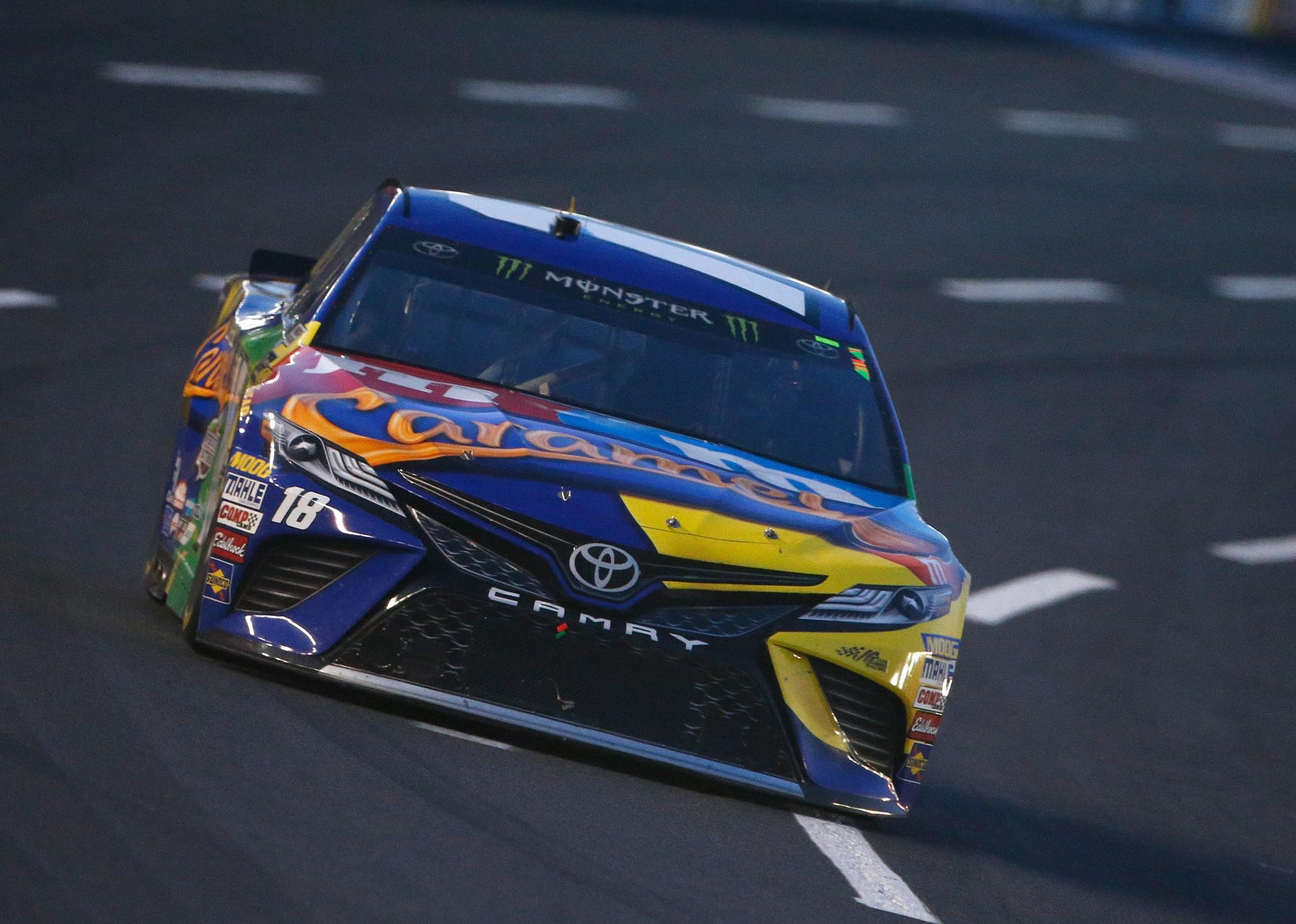 NASCAR's grand experiment to generate a new level of excitement to the Monster Energy NASCAR All Star Race fell flat on Saturday night, as their newly-introduced soft-compound tires came up far short of expectations.

Kyle Busch won the event with a daring three-wide pass at the start of the final 10-lap segment, which was just one of two green-flag lead changes in the entire 70-lap race.

In the overall scheme of things, the 2017 All Star Race was just another ho-hum race that saw three drivers combine to lead all but one lap of the race, and had none of the drama NASCAR was hoping for.

After several years of mediocre all-star races that more resembled high-speed parade laps, NASCAR hoped to shake things up with yet another new twist in a race that has seen more tinkering in the last few years than a barn-find '57 Chevy restoration.

NASCAR'S latest brainstorm was to add a new softer compound tire to the mix – something drivers have been lobbying for for years. Where batter to try them out than in the All Star Race?

And, this year's race was the 25th anniversary of the first superspeedway race held under the lights: the 1992 edition of the all-star event, dubbed "One Hot Night"

So NASCAR had high hopes that adding a new element to the race would re-kindle those glory days of the 1992 event, and introduced a softer-compound "Option" tire to use in the All Star Race.

The new softer tire was touted by Goodyear and NASCAR as having as much as a half-second advantage over the harder "Prime" tires teams would normally use, which they hoped would lead to more passing and better racing.

NASCAR's plan was to give each team four sets of tire for the race – three "Prime" sets and one "Option" set that the teams could use at any time during the 70-lap race.

NASCAR's theory was that drivers in the rear of the field would switch to the option tires and slice their way to the front of the field to perhaps have a shot of winning one of the first three stages, or teams might elect to put them on for the final segment to give them a better edge at winning the race.

That was the theory. The reality wasn't what NASCAR expected.

Daniel Suarez and Ryan Blaney – who raced their way into the field from the Monster Energy Open – as well as fan vote winner Chase Elliott, did elect to start the race on the option tires since they were already at the rear of the field. While Suarez did manage to climb to 11th at the end of the first segment, the other two didn't fare as well.

Jimmie Johnson was among those who took the option tires to start the second segment, but after restarting fourth, he was only able climb to second place before his laps times started to drop off.

After seeing Johnson – who gets around Charlotte better than anyone – only gain two spots on the option tires, teams began to rethinking their strategy, opting instead to hold onto whatever track position they had rather than take their chances by switching to the softer tires.

"I think all the crew chiefs, especially Chad (Knaus), noticed, but there were three cars that started on the greens. If they marched their way up to the front, it would have been real easy for everybody to wait," said Johnson. "We went from fourth to second. We made up two spots. So as everybody looked at that and that you could only get a couple spots out of it, I think it was pretty easy for teams to decide to put them on in the third and worry about track position for that fourth segment."

Ironically, the softer tires DID play a role in the outcome – just not the way NASCAR planned.

Brad Keselowski and his team switched to the option tires to start the third segment, but after leaving pit road Keselowski felt a vibration and came back to the pits to change back to the harder-compound tires before the green flag waved.

NASCAR informed the team that since they ran a lap on the option tires, they had already used them, and couldn't go back to them later in the race. This left Keselowski with no tires left other than what he already had on his car.

[adinserter name="GOOGLE AD"] When it came time to pit prior to the start of the final segment, Keselowski stayed out. It wasn't a strategical decision – they simply had no more tires, so why pit?

The decision left Keselowski out in front for the restart on 20-lap-old tires while the other nine drivers in the field had four fresh Goodyears, so it was no surprise that Keselowski was a sitting duck on the restart.

When the green flag waved to start the final segment, Keselowski spun the tires, and Johnson and Kyle Busch split him three wide, with Busch moved out into the lead before the field cleared turn one.

And just like that, the race was won. And yes, tires DID make a difference. New tires. New hard-compound tires. And being in the right place helped, too.

"The big unknown coming into this deal was the option set of tires, how that was going to affect the race," said Busch's crew chief, Adam Stevens. "As it cooled off tonight, it seemed like that discrepancy was a little bit less. It was really a game to see who was going to put them on, if it was going to improve their position, who was going to save them, restart behind the other guys for the shootout at the end.

"The groove didn't open up very much. Guys that tried to move up to the middle or the top, there just wasn't the grip up there that there was on the bottom. You really couldn't race two-wide, three-wide as much as maybe you can after halfway on the long race here.

"It comes down to track position at that point. You had to have good pit stops to get out front."

So the 2017 All Star Race came down to pit tops, track position and fresh tires. Not the edge-of-your-seat event NASCAR had in mind.