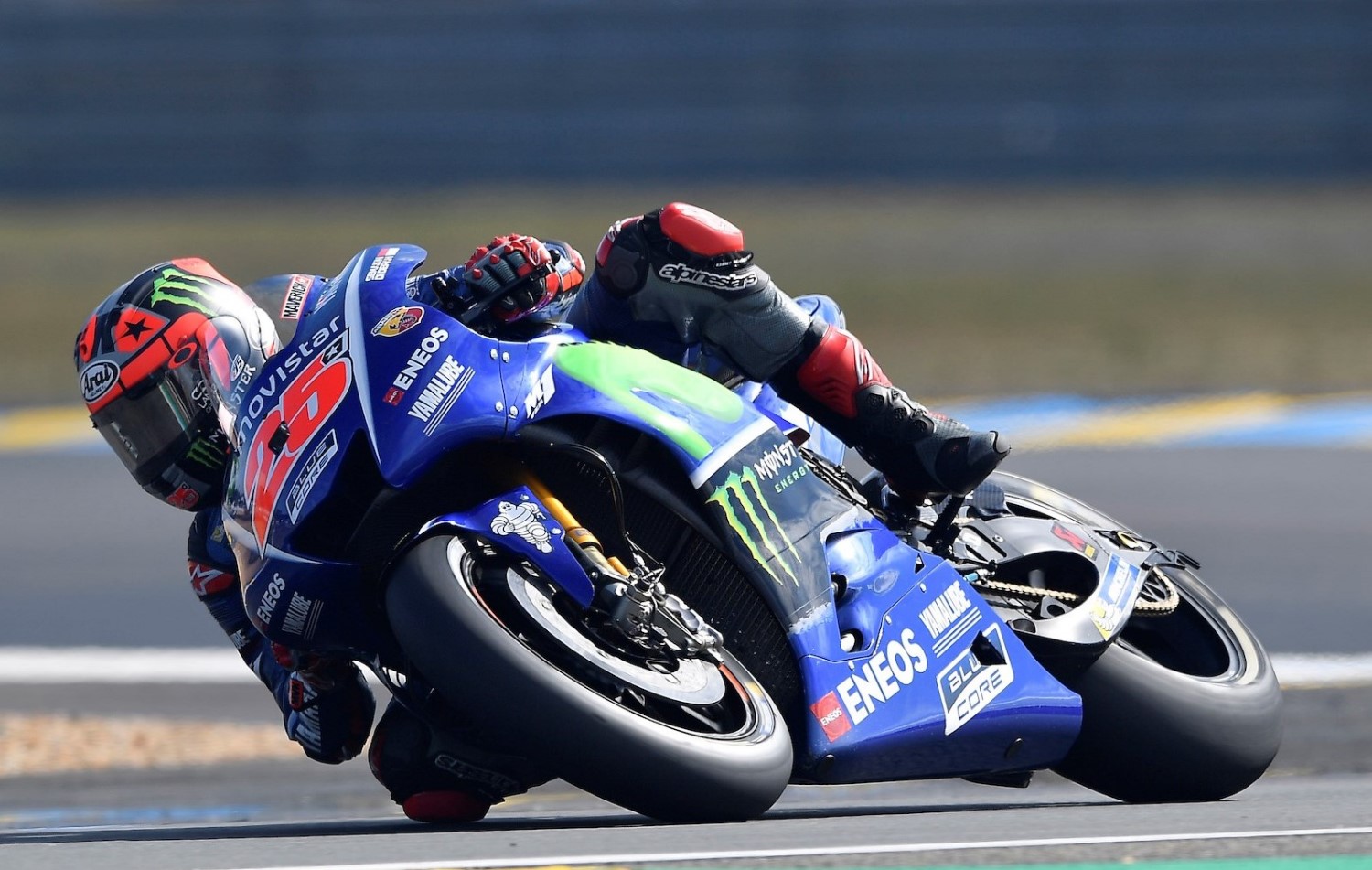 Maverick Vinales has won his third victory of the 2017 MotoGP season in a thrilling French Grand Prix at LeMans, passing Valentino Rossi on the last lap. After being passed Rossi crashed his Yamaha.

Rossi took the lead with three laps to go from Vinales and started the final lap in first place, but made a mistake at Turn 8 that let Vinales through, then fell at Turn 11.