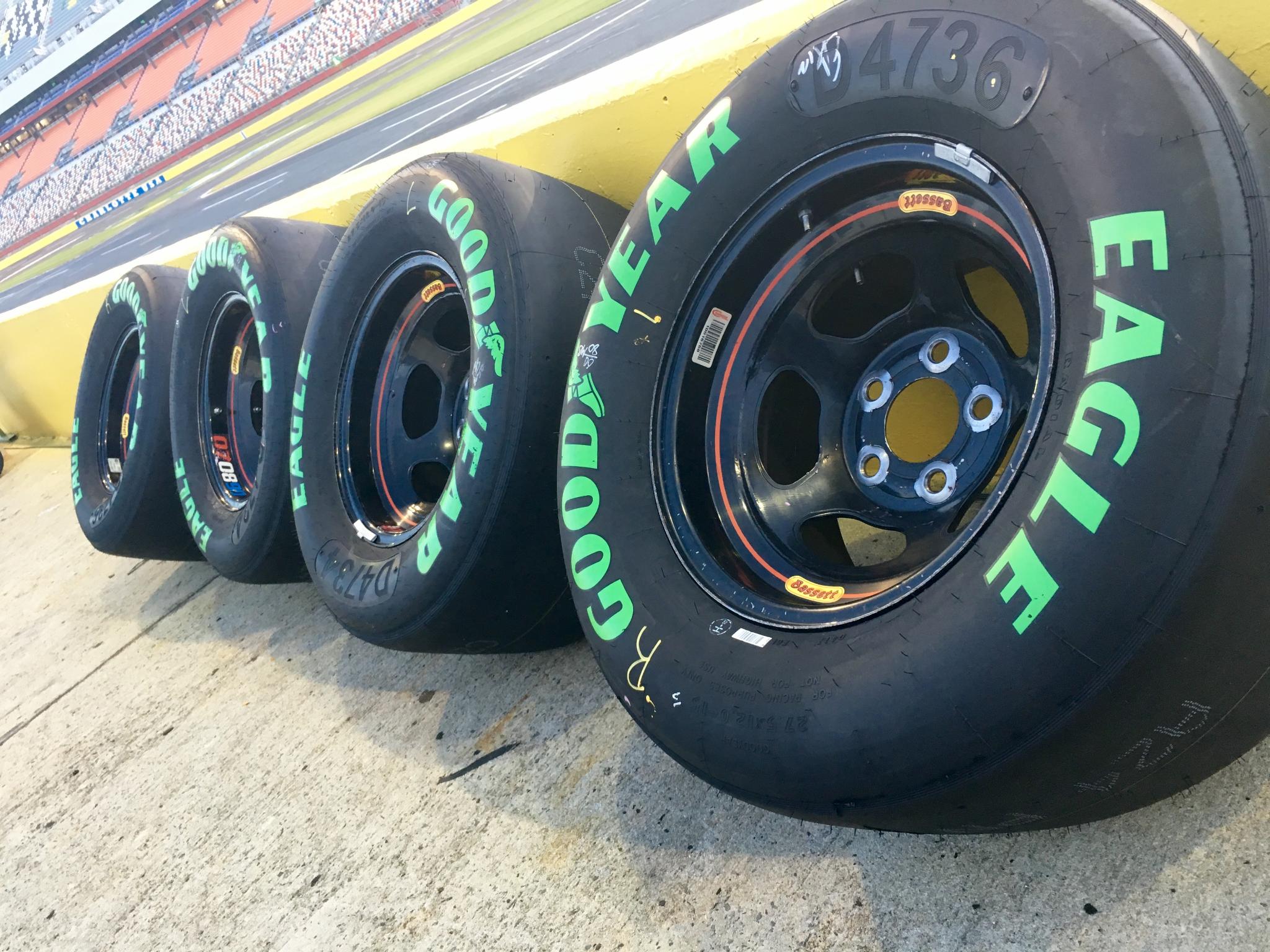 NASCAR will venture into newly charted territory in Saturday night's All Star race with the introduction of an alternate tire compound that teams can choose to run during the course of the event.

In addition to the regular tire compound the teams would normally use, Goodyear has also brought along a softer compound tire that could give drivers an edge in the later stages of the race – adding a new twist to an already unique event.

For Saturday night's race, teams will have four sets of regular-compound tires – called the "Prime" tire – as well as one set of four "Option" soft-compound tires that teams can utilize at any time during the 70-lap race.

According to Goodyear, the "Option" tire will provide more grip and could give teams an edge of as much as a half-second per lap.

NASCAR hopes the novel idea to use the softer tire compound will add another level of strategy to the race – namely when will teams opt to switch to the softer tire? Use them mid-race to maybe win one of the three stages and guarantee a spot in the final 10-lap shootout? Or roll the dice in the last segment and hope not everyone as the same idea?

If only half the teams that survive to the final segment chose to run the softer tire, they'll have to do so from the rear of the field and fight their way to the front of the field in just ten laps.

Sounds exciting? That's what NASCAR is hoping for.

NASCAR's annual All Star race has had a long and storied history of innovation and ground breaking ideas. The 1992 edition of the event – then called "The Winston" – was the first superspeedway event held under the lights. Revolutionary at the time, racing under the light is now commonplace in the sport, and continues to be a tradition in the all star race.

In recent years, the non-points paying event has served a test bed for NASCAR to test out new ideas and strategies without jeopardizing the season standings, including the last two events where NASCAR implemented their new aerodynamics package to give the new changes a proper shake-down in real-world racing conditions.

NASCAR drivers have been campaigning for softer tires for several years, lobbying for teams to have a choice of switching tire compounds during the course of an event much like IndyCar and Formula 1 teams currently do.

And the All Star Race is the perfect venue to try it.

"We talked about getting a softer tire in this series for a long time," said Dale Earnhardt, Jr. "We've seen that in other forms of motorsports and I think the hard core fan likes that piece of strategy and how that could be used and I think it's something that NASCAR and Goodyear might be looking at doing down the road, long term. So this is a great opportunity to try it out – (the All Star race) is a race that really doesn't have any ramifications toward the championship so it's a great opportunity to try out anything they want to try."

Although the Racing Experience car couldn't turn the same lap speeds as a Cup Series car, Waltrip said he could feel the difference in the handling between the two tire compounds.

"It's hard to say how much faster they are, the different once how much harder I was able to run," Waltrip said. "When the car hit the bumps on the regular "prime" tires, it chattered across them, chattered the right rear. Then when we put the Option tires on, I was able go across the same bumps, but no chatter. You could feel the same bumps, but the softer tires didn't let the car jump out from underneath me.

"I definitely could feel the difference by the lack of the chatter of the tires, the tires not skipping across the bumps, really biting into the bumps."

NASCAR has used a single tire compound for each event ever single Goodyear became sole tire provider for all three of its major touring series in 1997, although Goodyear tires to tailor each compound to suit the racing conditions at each track.

Should the grand experiment prove successful in the All Star Race, might NASCAR bring a choice of tires to other races in the future?

NASCAR so far has been non-committal, waiting to see how Saturday night's race plays out.

"We're excited to see how this tire strategy plays out, because that's an element we looked at to see if that's something we could look at in the future for some of our other race," said NASCAR Executive Vice President and Chief Racing Development Officer Steve O'Donnell . "We have to see who it plays out (in the All Star Race). I wouldn't say it's something we'd look at for 2017, but there's a reason we're trying it here, to see how it plays out.

"If we fast forward to 2018, and we see something we like (with the Option tire), that's something we'd like to try at other races."