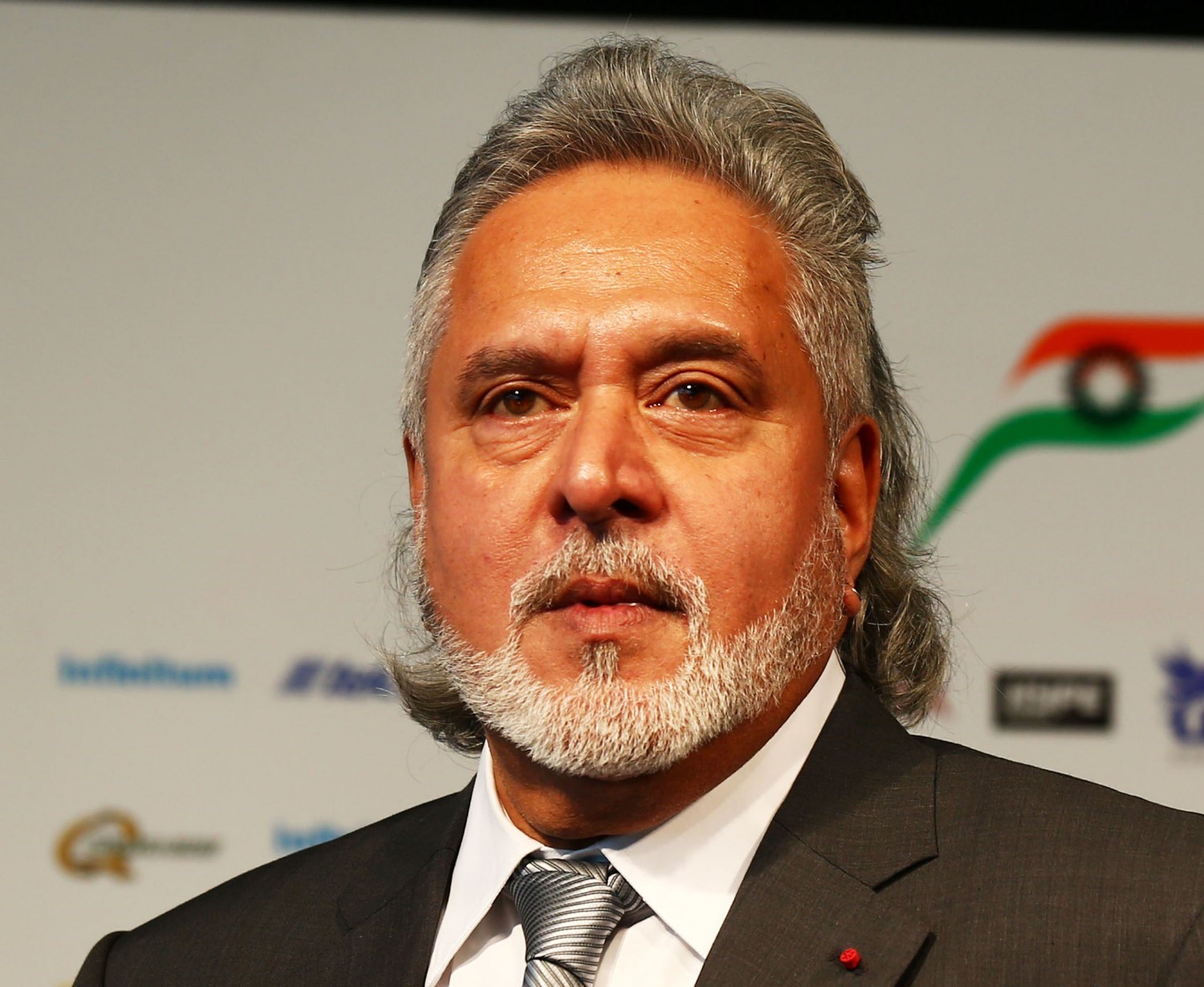 UPDATE Indian tycoon Vijay Mallya on Tuesday insisted he was innocent as he appeared at a court in London over an extradition request from India, where he is accused of fraud.

"I deny all allegations that have been made and I will continue to deny them," the flamboyant financier, who co-owns Formula One team Force India, said outside the court.

"I have not eluded any court. If it is my lawful duty to be here, I'm happy to be here," he added.

"I've given enough evidence to prove my case."

Ben Watson, Mallya's representative, told the preliminary hearing that his client could face a second extradition request, including a "separate set of charges".

Mallya fled India in March 2016 owing more than $1 billion after defaulting on loan payments to state-owned banks and allegedly misusing the funds.

India submitted an extradition request to Britain in early February after investigators demanded the 61-year-old be brought home to face charges.

Mallya, known for his lavish lifestyle, made Kingfisher beer a global brand and ran a now-defunct airline with the same name.

He stepped down as the director of the Indian Premier League cricket team Royal Challengers Bangalore last year.

Mallya caused a stir last week when he attended India's cricket match against South Africa in London, where Indian fans met him with shouts of "chor, chor" (thief, thief).

His financial dealings are being investigated by the federal Central Bureau of Investigation and the Enforcement Directorate, a financial crimes agency.

Mallya was once known as the "King of Good Times" but dropped off India's most wealthy list in 2014, engulfed by the massive debts of his grounded carrier Kingfisher Airlines.

Mallya, who now lives in a sprawling $15 million (13 million euro) mansion in England's county of Hertfordshire, has denied absconding and has criticized the media for what he has called a "witch hunt".

04/19/17 Businessman Vijay Mallya, who has been declared a proclaimed offender, is likely to challenge his extradition to India from the UK on the grounds that the charges against him are politically motivated, a legal expert said today.

61-year-old Mr Mallya, who has been living in Britain since March last year, was arrested by Scotland Yard yesterday on fraud allegations, triggering an official extradition process in the British courts.

Mr Mallya was released on conditional bail a few hours later after giving a bail bond worth 650,000 pounds and assuring the court of abiding by all conditions associated with extradition proceedings, such as the surrender of his passport and a ban on him possessing any travel documents.

The UK's Crown Prosecution Service (CPS) will now argue the case on behalf of the Indian authorities.

"The Crown Prosecution Service, acting on behalf of the Indian authorities, will need to demonstrate a prima facie case ie. produce some evidence to show that the criminal charges against Mr Mallya, for which his extradition is sought, are justified," said Javinder Nakhwal, partner at Peters and Peters Solicitors LLP and member of the UK's Extradition Lawyers Association.

"There are a number of grounds on which it is possible to contest extradition, some of which might not be relevant to Mr Mallya's case. Vijay Mallya may seek to challenge extradition on the basis that the request for his extradition is politically motivated, and that any extradition would constitute a breach of certain human rights," she explained.

The precise grounds on which Mr Mallya contests his extradition remains to be seen.

His legal team will seek to support their arguments with factual and/or expert evidence and can claim he won't get a fair trial in India and can also raise the condition of Indian prisons as a factor behind the extradition request being declined.

The Indian authorities will have an opportunity to respond to any such evidence, she said.

"When the case returns to court on May 17, the district judge is likely to set down a timetable for the service of any evidence to be submitted by either side in the proceedings, and list a date for a final hearing. There might be a few more hearings in this case in the coming months to deal with case management or any issues that arise, before the final hearing takes place, at which the full arguments from both sides in this case will be heard by the district judge," Ms Nakhwal clarified.

In January, an Indian court ordered a consortium of lenders to start the process of recovering the loans.

"Extradition is the formal procedure for requesting the surrender of persons from one territory to another… Part 2 of the Extradition Act, in conjunction with any applicable extradition instrument, regulates export extradition from the United Kingdom to category 2 territories [like India].

"The CPS acts as the representative of the requesting state in category 2 cases (as for category 1 territories), and all proceedings are heard at Westminster Magistrates' Court," a CPS statement said.

At the extradition hearing the judge must decide a number of issues: whether the documentation sent to the court by the Secretary of State complies with the Act; whether the individual arrested is the person named on the warrant; whether the offense detailed in the request is an extradition offense et al.

If the District Judge rules in favor of extradition, the UK home secretary must order Mr Mallya's extradition within two months of the appropriate day.

India and the UK have an Extradition Treaty, signed in 1992, but so far only one extradition has taken place under the arrangement – Samirbhai Vinubhai Patel, who was sent back to India last October to face trial in connection with his involvement in the post-Godhra riots of 2002.

However, unlike Mr Mallya, he had submitted to the extradition order without legal challenge.

As Vijay Mallya is fighting the extradition order, he will have the right to appeal and the case can go up to the UK Supreme Court.

The flamboyant businessman, who still owns Force India Formula One team, has repeatedly denied any wrongdoing.

"Not a rupee was misused," he had tweeted earlier this year.

But Indian authorities want him to stand trial for alleged unpaid loans to Kingfisher Airlines, which collapsed in 2012 with the loss of thousands of jobs.

As he awaits the hearing, Mr Mallya is expected to be based at his lavish country home in Tewin, Hertfordshire, an hour's drive from London.

The Indian and UK governments are believed to have struck an agreement on extradition proceedings during British Prime Minister Theresa May's visit to India last November.

India had given a formal extradition request for Mr Mallya as per the Extradition Treaty between India and the UK through a note verbale on February 8.

Finance Minister Arun Jaitley was the most senior Cabinet minister to raise the issue during his visit to the UK earlier this year.

The UK Home Office declined to comment on "individual cases" but said that Mr Mallya's case will be handled under Part 2 of the UK's Extradition Act 2003. ndtv.com