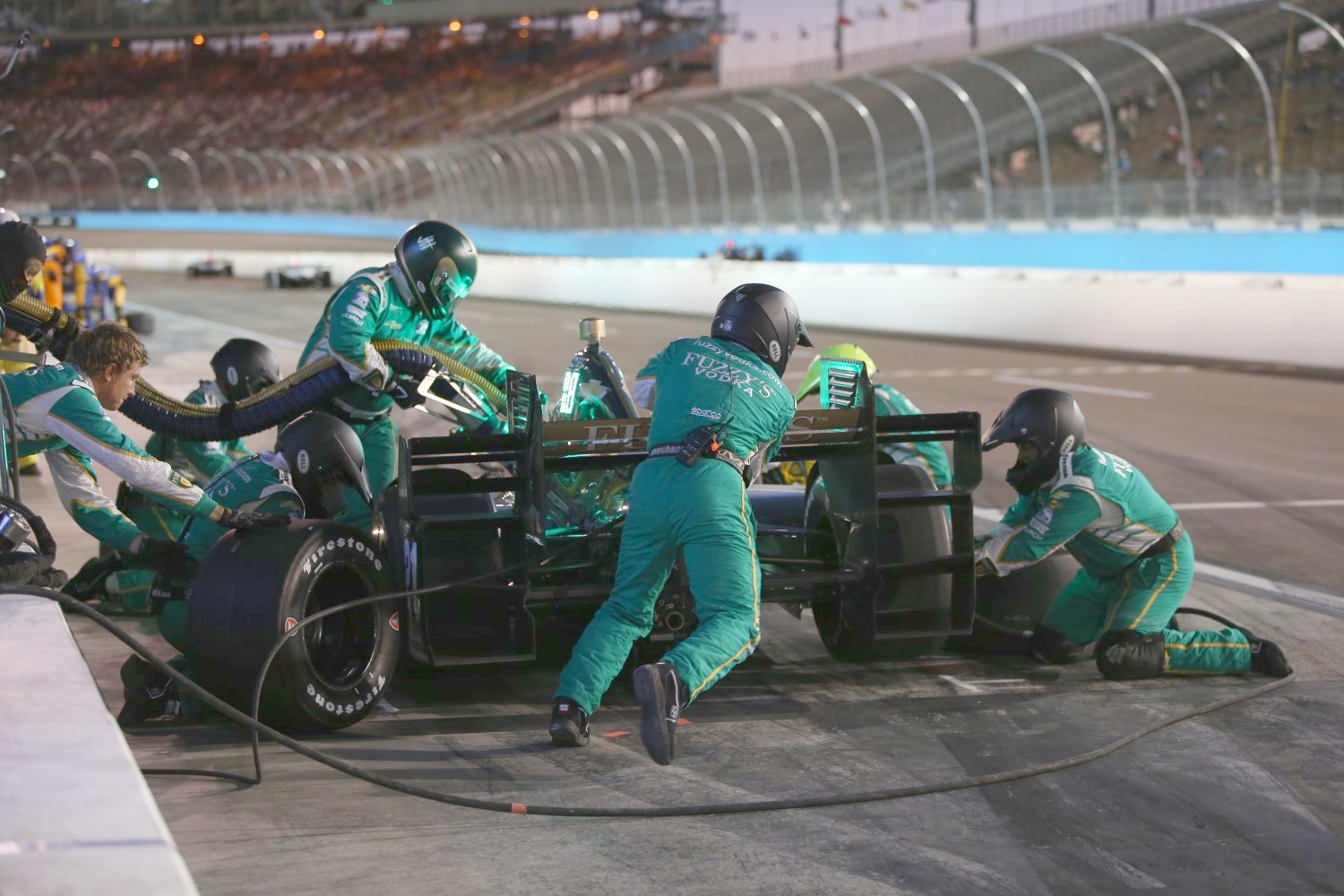 UPDATE This AP article says there were about 7,000 in attendance, which is above our estimate of 3,000 to 5,000. Of course the 7,000 figure probably includes IndyCar team members, Silver Crown team members, fireman, police, track workers and local coyotes. Many grandstand sections had zero fans in them. It's nice that IndyCar wants to race on ovals, but they are money losers and few fans care to attend.

Will IndyCar be back at Phoenix International Raceway for the third consecutive year in 2018 given the horrible attendance at Saturday night's race where IndyCar looked like a complete loser to anyone watching on TV.

The crowd was estimated by local cheerleader publication azcentral cheerleader at 18,500 because they are desperate for this race continue. In reality the crowd was only 3,000 to 5,000. That was not profitable and the decrease in attendance was sad to see.

"I fully expect IndyCar to return next year," PIR President Bryan Sperber said while trying to but a good face on what was obviously a big disappointment.

"We would like to see growth," IndyCar CEO Mark Miles said. "We don't put a number on it. We hope to see steady progress. We didn't do this with a 1, 2 or 3 year outlook.

"We want Bryan to be happy. As long as Bryan wants to do it, over the next several years, we expect to be here." In other words if IMC and Sperber are willing to losing their shirts on the race IndyCar will be there.

Let's remember this race has failed twice before. Fans don't buy many tickets – there is little passing – it's just a 190 mph single file parade with a crash thrown in here and there for a little excitement.

With IndyCar now in its 9th of 10th on NBCSN, with low TV ratings, IndyCar is invisible to 99% of the USA population so how can you grow awareness? You can't. All races need to be on network TV.