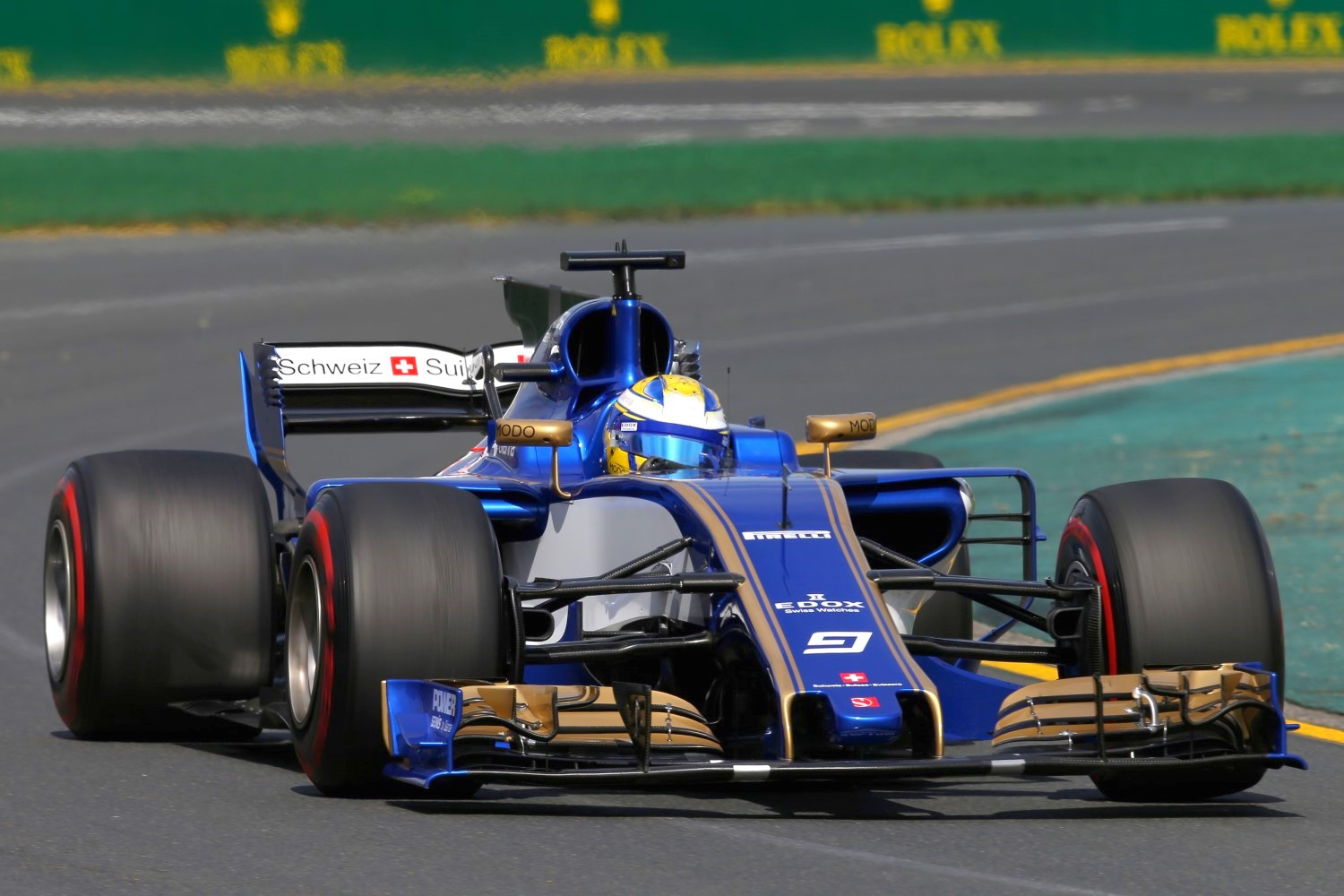 UPDATE This rumor is upgraded to 'fact' today. In the "25 years in Formula One" anniversary season, the Swiss team is about to set another milestone in its decades-long motorsport history. The Sauber F1 Team is very pleased to welcome Honda on-board as its new technological partner from 2018. This extensive strategic and technological realignment creates a new basis for the team. This Swiss-Japanese partnership will certainly unveil future opportunities for the Sauber F1 Team and Honda, and constitutes a cornerstone for our F1 future. The Sauber F1 Team thanks Ferrari for many years of collaboration in good as well as difficult times.

Monisha Kaltenborn, CEO and Team Principal:
"It is a great honor for the Sauber F1 Team to be able to work together with Honda in the coming seasons. Our realignment is not just visible through the new ownership but also now with our new technological partnership with Honda. We have set another milestone with this new engine era, which we await with huge excitement and of course we are looking for new opportunities. We very much look forward to our partnership with Honda, which sets the course for a successful future – from a strategic as well as from a technological perspective. We thank Honda for making this great partnership happen."

Katsuhide Moriyama, Chief Officer, Brand and Communication Operations, Honda Motor Co., Ltd:
"In addition to the partnership with McLaren which began in 2015, Honda will begin supplying power units to Sauber as a customer team starting from next year. This will be a new challenge in Honda’s F1 activities. In order to leverage the benefits of supplying to two teams to the maximum extent, we will strengthen the systems and capabilities of both of our two development operations, namely HRD Sakura and the operation in Milton Keynes. We will continue our challenges so that our fans will enjoy seeing a Honda with dominant strength as soon as possible."

04/25/17 This rumor is upgraded to 'strong' today. Sauber Formula 1 is "closing on a deal with Honda" to use the Japanese manufacturer's F1 engines next season, according to Lawrence Barretto of MOTORSPORT.

The Swiss team has run Ferrari power since '10 but Sauber has been "working on finding a new partner." Talks with Honda have been "ongoing for some time but accelerated in March," and the "finishing touches are now being put to what will be a long-term arrangement."
The deal is the "latest step in Sauber's rebuilding plan," after new investors "came onboard last July to save the team and solidify its future in F1."
An announcement is expected "in the coming days," with engine manufacturers required to notify the FIA of "who it intends to supply" for '18 by May 6. McLaren Racing Dir Eric Boullier admitted last week that, given Honda's problems this year, the Japanese manufacturer "could benefit from having more teams running its engines."
Of the lack of testing miles, Boullier added, "I think in this specific case it's better. I think more teams is better and more engine running is better." MOTORSPORT

The Swiss team's Swedish driver Marcus Ericsson on Thursday said Sauber has been surprised by the disadvantage of using a year-old Ferrari power unit so far in 2017.

But team figures have ruled out a mid-season engine switch.

However, the big rumor in Bahrain is that talks are rapidly progressing with Honda about making the switch for 2018.

But contractually, Honda's works engine partner McLaren can veto the Japanese marque's moves to supply customer power to other teams.

"For years, Ron Dennis prevented Honda from working with another team," a source close to Honda told Speed Week. "But Ron is no longer there."

However, Sauber is denying that a decision to go with Honda for 2018 is imminent.

"We are negotiating with several manufacturers," the Hinwil based team said.

A second team for struggling Honda would have several advantages, including doubling the feedback and data about its power unit.

Secondly, it is known that Honda is looking for a route into F1 for its junior drivers Nobuharu Matsushita and Tadasuke Makino.

"This would also fit with the timing with Pascal Wehrlein, who by 2019 will either go to Mercedes or be pushed to a Mercedes customer team like Williams."

03/30/17 Monisha Kaltenborn says Sauber is not open to a potential switch to Honda power this season amid rumors McLaren could drop the Japanese manufacturer. But what about next season? Stay tuned….

Paddock speculation in Melbourne is rife that, now into its third year of an unsuccessful works collaboration with Honda, the great British team's patience with the Japanese carmaker is up.

That frustration is palpable in the team's top driver, Fernando Alonso.

For instance, while the Spaniard says the new generation of cars means the 'old' F1 is back again, it is believed the team has told its drivers to short-shift in Melbourne in order to reduce the power unit's uncontrolled vibrations.

Alonso qualified an unexpected 13th, but said: "It is no reason to celebrate. I will not be thirteenth all season."

Most who heard Alonso say those words agree that Alonso was not sounding upbeat about the future, but rather warning that unless McLaren-Honda rapidly improves, he could quit the team.

Indeed, when asked if finishing in the points on Sunday is possible, Alonso answered: "I don't really care.

"We are McLaren-Honda, and if we cannot fight for podiums, it's just a waste of time."

Asked if he can take anything positive from the Melbourne weekend, he added: "I'm a second faster than my teammate and have been ahead of him the whole weekend."

Honda chief Yusuke Hasegawa admitted that talks with other teams about engine supply have started, but he played down the other "rumors" doing the rounds.

"It's just rumors, I don't care. We have to concentrate on what we have to do," he said.

The Japanese did admit, however, that Honda "didn't do a great job" in preparation for the 2017 season.

Team boss Eric Boullier added: "I think our performance in the tests has led to these rumors.

"Of course, we look at all the options to improve because we are not where we expected to be, but we keep working together."

"All our conversations with Honda have been 'How do we get out of this situation?'" he said. "So the relationship is very healthy."