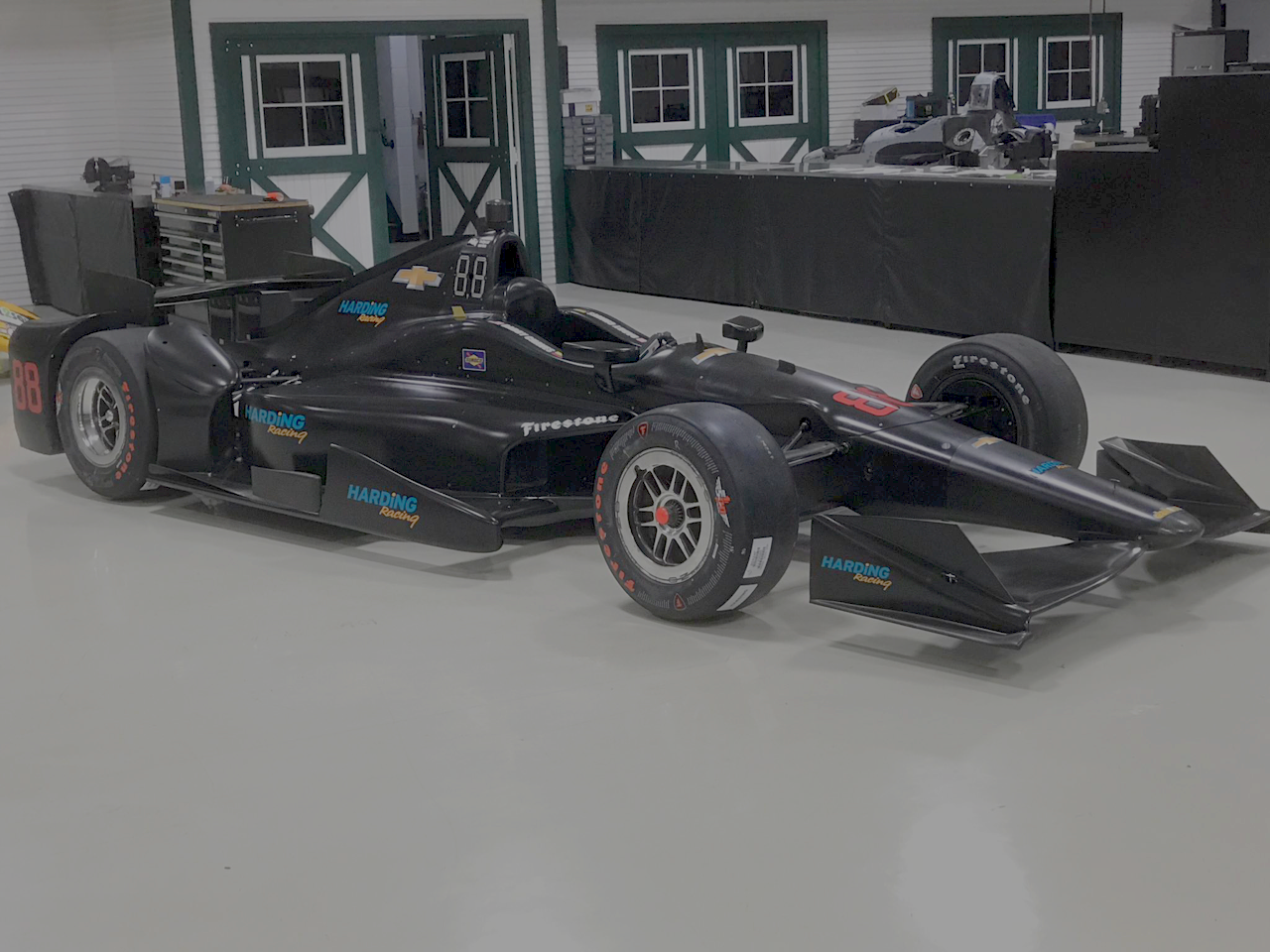 UPDATE Here is a photo of Chaves' car coming together.

04/10/17 This AR1.com rumor is upgraded to 'fact' today. Two Indianapolis businessmen, Mike Harding of Harding Group and Dennis Reinbold of Dreyer & Reinbold Racing, have formed a technical alliance for the 101st Running of the Indianapolis 500 presented by PennGrade Motor Oil and will field an entry for driver Gabby Chaves.

The Harding Group has been an instrumental partner with Indianapolis Motor Speedway in paving projects and client hospitality. For the first time this May, the company will field a car in the Indianapolis 500 with the formation of Harding Racing announced today.

Chaves will drive the No. 88 Harding Racing Chevrolet. The 23-year-old is the 2014 Indy Lights presented by Cooper Tires champion, including a win in the Freedom 100 on the IMS oval, and is a veteran of 23 Verizon IndyCar Series starts.

Mike Harding – owner and president of Harding Group, the Indianapolis-based concrete and asphalt paving company started by his father, Fred, in 1960 – is the race team's owner. Larry Curry, a fixture running Indy car racing programs for years, is the team manager and competition director. The team plans to attend Wednesday's open test at Texas Motor Speedway for Chaves to complete an oval refresher test and turn valuable practice laps for the first time in Chevrolet equipment.

"I'm excited to be working with car owner Mike Harding on forming his new Indy car team and we are very lucky to have driver Gabby Chaves, along with Chevrolet," Curry said. "We have assembled a great team and are looking forward to our shakedown test in Texas on Wednesday."

Chaves was the Sunoco Rookie of the Year in 2015 Verizon IndyCar Series competition while driving for Bryan Herta Autosport, also capturing top rookie honors in the Indianapolis 500 when he finished 16th. The native Colombian drove in seven races for Dale Coyne Racing last season, including a 20th-place Indy 500 finish.

"I'm extremely delighted to have the opportunity to get to challenge for my third Indy 500," Chaves said. "I am very excited to be joining a new team with our new owner, Mike Harding, and everyone involved, including Larry Curry, who has been instrumental in getting the team together and guiding it."

Chaves will also benefit from the experience of two-time Indianapolis 500 winner Al Unser Jr., who is serving as the team's driving instructor. Matt Curry, Larry's son who worked last season for AJ Foyt Racing and was an engineer on Tony Kanaan's Indy 500-winning effort in 2013 with KV Racing Technology, will be the lead engineer.

"I have complete faith and confidence that our engine partner Chevy will give us the best package and support to give our Harding Racing machine a chance to challenge for the win," Chaves said. "I've had good races at IMS, although the result has never come together. But I think this is the year that I really have to put it together to get the result. That's my main focus, and I definitely think I'm going to have one of the best programs out there among those focused on Indy only.

"Again, I'm just extremely happy and grateful for the opportunity I have, and I can't wait to get the month started."

Chaves raced with Belardi Auto Racing for the 2014 Indy Lights season and won the championship, capturing four wins (including the Freedom 100) and 11 podiums in 14 races.

Chaves signed with Bryan Herta Autosport to race full-time in the IndyCar Series in 2015. Chaves led 31 laps at Pocono Raceway and had assumed the lead after leader and fellow rookie Sage Karam crashed, fatally injuring Justin Wilson in the process. Chaves led when the race was restarted with six laps to go but was passed for the lead. He was still on pace for his first podium finish when his engine let go with three laps remaining, bringing out a caution flag and effectively ending the race. The race was both Chaves' first laps led and only DNF of the season. Chaves captured the Rookie of the Year title by 78 points over Stefano Coletti. Mark C. reporting from Long Beach