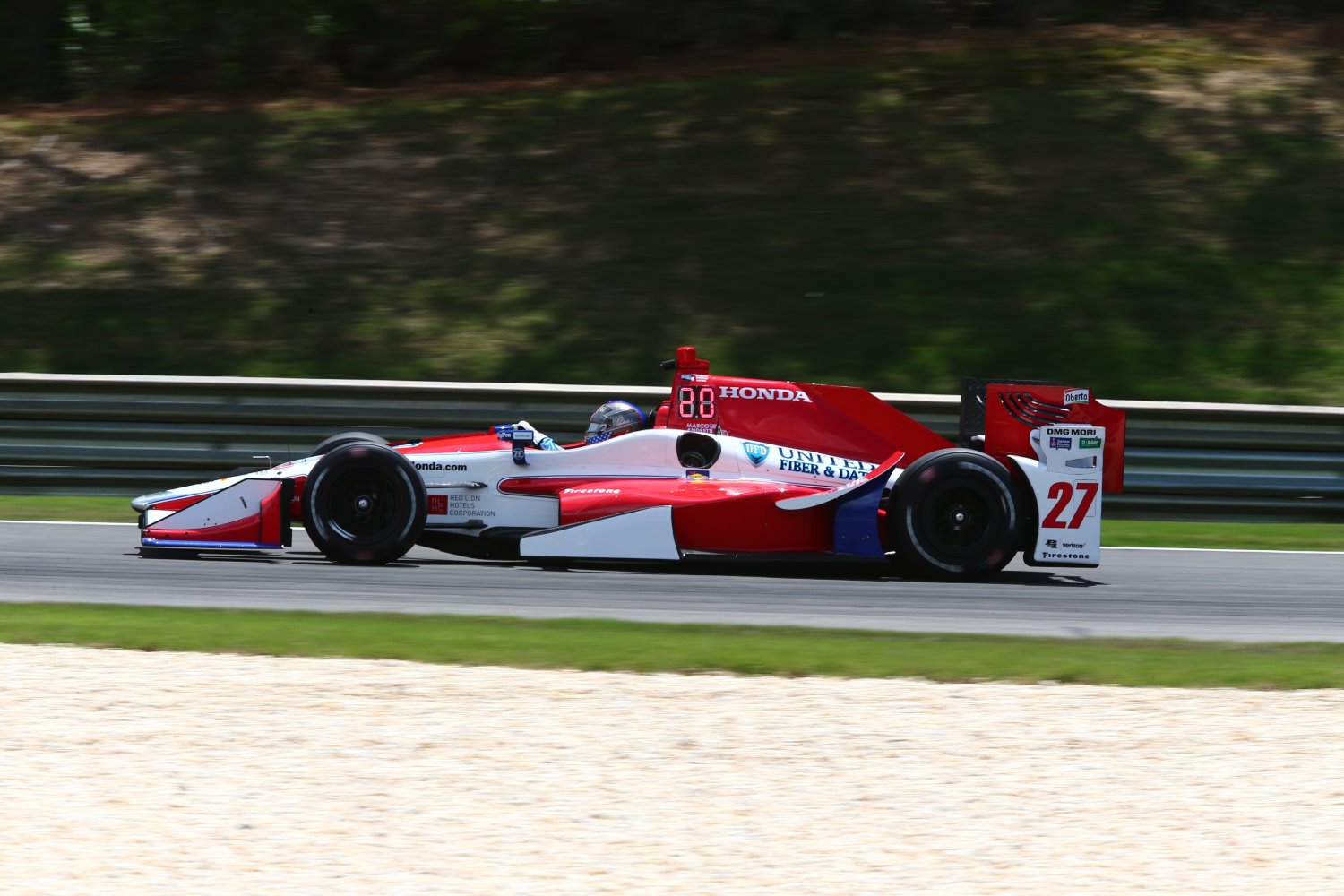 Birmingham – It was a lovely day in the 'Magic City' of the USA. You probably never knew that Birmingham's nickname is the Magic City. From its founding in 1871 through the end of the 1960s, Birmingham was a primary industrial center of the southern United States. Its growth from 1881 through 1920 earned its nicknames as 'The Magic City' (because like Magic it rose up out of nothing) and 'The Pittsburgh of the South'.

Its major industries were iron and steel production, plus a major component of the railroading industry. Rails and railroad cars were both manufactured in Birmingham. The two primary hubs of railroading in the Deep South have been nearby Atlanta and Birmingham, since the 1860s.

Back on topic – racing. Alarm Bells should be going off at Andretti Racing where three of its fours cars here this weekend are unsponsored. We attribute this to the minuscule TV ratings generated by NBCSN. As we wrote recently – "It's the TV ratings – Stupid"

It's interesting that all three unsponsored cars carry a similar paint scheme. Is there a new multi-car sponsor deal in the works?

The focus is the Indy 500, which will have another great year and is all the family really cares about.

With six cars at the Indy 500, rumor has it that Stefan Wilson, who stepped aside to let Fernando Alonso race in this year's Indy 500, will be at Indy all month and should one of the six drivers be unfortunate enough to crash and get hurt, Wilson will be ready to step in as the team's backup driver.

As nice as this track, the only flaw in the design is the lack of grandstands opposite the pits where fans like to watch pit stop action. But everything else about this place is better than first-class. And it's a real driver's track.

Rumor has it that Roberto Moreno, who will be 59 next year, is working out hard and may have a last-Harrah go at the 2018 Indy 500. If he does, he'll have raced in IndyCar for four decades.

What will Fernando Alonso find hardest racing in the Indy 500? Is it the speed? Is it the low downforce setup? Is it the traffic? What's going to be the biggest challenge for an F1 driver like him?

"All of the above," said Josef Newgarden. "It's all very different from what he's used to, and I think it's impossible to try and forecast how he's going to adapt. Some guys adapt extremely quickly, and it's like they've been doing it their whole lives, and other guys, they struggle for a while, and some never get it, some never figure it out, and they just don't like it at all and they don't want to do it.

"So, I think it's impossible to say. I think Alonso has proved in his career he's a very adaptive driver. He understands how to figure a situation out and then apply the techniques that are needed for each given situation. So, I think he'll respond really well.

Speaking of trimming the cars out, some drivers will run -1 degree (negative) rear wing angle at Indy and the really good ones will run as much as -9 degrees of wing angle. That's enough to get your attention. -9 really reduces the drag, and the Indy 500 is all about low drag for speed.

Track owner George Barber invited Hunter-Reay, an avid fisherman who enjoys deep-sea fishing off the coast of his Florida home, to meet and do some fishing with one of the park's more elusive residents.

"(Sasquatch) moved to the area some years ago and we found him wandering aimlessly in the woods," Barber explained. "We felt a little sorry for him, so we gave him some cover, a pond to fish and bathe in, and he's been with us since."

Barber Motorsports Park has interesting statues all over the grounds. It helps make the whole facility look like a museum.

Hunter-Reay grabbed a rod and spent time fishing for bass with his new "friend" in a small pond atop an impressive new waterfall feature that sits between the Barber Vintage Motorsports Museum and Turn 9 of the 2.3-mile racetrack that has hosted Verizon IndyCar Series races since 2010. They discussed the 13-acre lake on Barber's property that is home to 1,700 largemouth bass and 17,000 bream and redear sunfish, smaller fish upon which the bass feed

While waiting for a bite on his line, Hunter-Reay recounted another surprise he encountered on track at last month's open test.

"As I came around the turn and under the bridge by the museum, I was surprised to see a woman in a skirt with her shoes still on, hanging from the rafters of the bridge," said Hunter-Reay, who won the Barber race from the pole in 2013 and repeated as race winner the following year. "I was about to radio it in, when I remembered where I was. I took another lap just to be sure and there she was. It was a bit distracting at first but all in good fun."

"That's Georgina," George Barber said matter-of-factly of the mannequin hanging over the track from the bridge. "She is a big INDYCAR fan. We have quite a few crazy fans, but there's always one that does something a little looney and that's Georgina.

"She likes the view from bridge and she's decided that she's going to stay there until one of these drivers slows down enough for her to drop right down into the cockpit with him. She's a real attractive southern lady."

Watkins Glen president Michael Printup hopes his IndyCar IndyCar race does well enough this year that he and IndyCar could talk about a contract extension.

"Everybody was excited when the IndyCar returned, and I take a lot of personal interest in IndyCar. I always have. I kind of grew up in IndyCar, so I was glad that we were able to get them back.

"The fans themselves, for only having a little bit less than 90 days to sell the race last year, we were pretty happy with the outcome as a management group. I never ran into so many happy fans in my career here. People really wanted to see that race.

"We broke the North American road course speed record, so that (new) pavement added to the quality of racing, to the stickiness. As I kept saying last year, it was pretty neat to see that.

"We’ve got two more years – this year and next year – with IndyCar. Hopefully by the end of summer we can at least start initially discussing the future. Hopefully we see the crowds come back out this year and come out stronger than they did last year. For a short term of selling, we had a pretty good event last year."

Ricardo Juncos has yet to announce his driver for the Indy 500, although we have rumored a couple, including ex-F1 driver Pastor Maldonado, but we hear he has identified his spotter- former Indy Lights driver Peter Dempsey.

And speaking of Indy Lights drivers, we asked Dan Andersen, the Road to Indy CEO, whether he has tried to get some IndyCar drivers to run an Indy Lights race or two – crossover like we see in NASCAR at the various levels – Trucks, Xfinity and Monster Cup – to gain exposure for the Road To Indy. Check out my interview to see what he said. Mark C. reporting from Birmingham