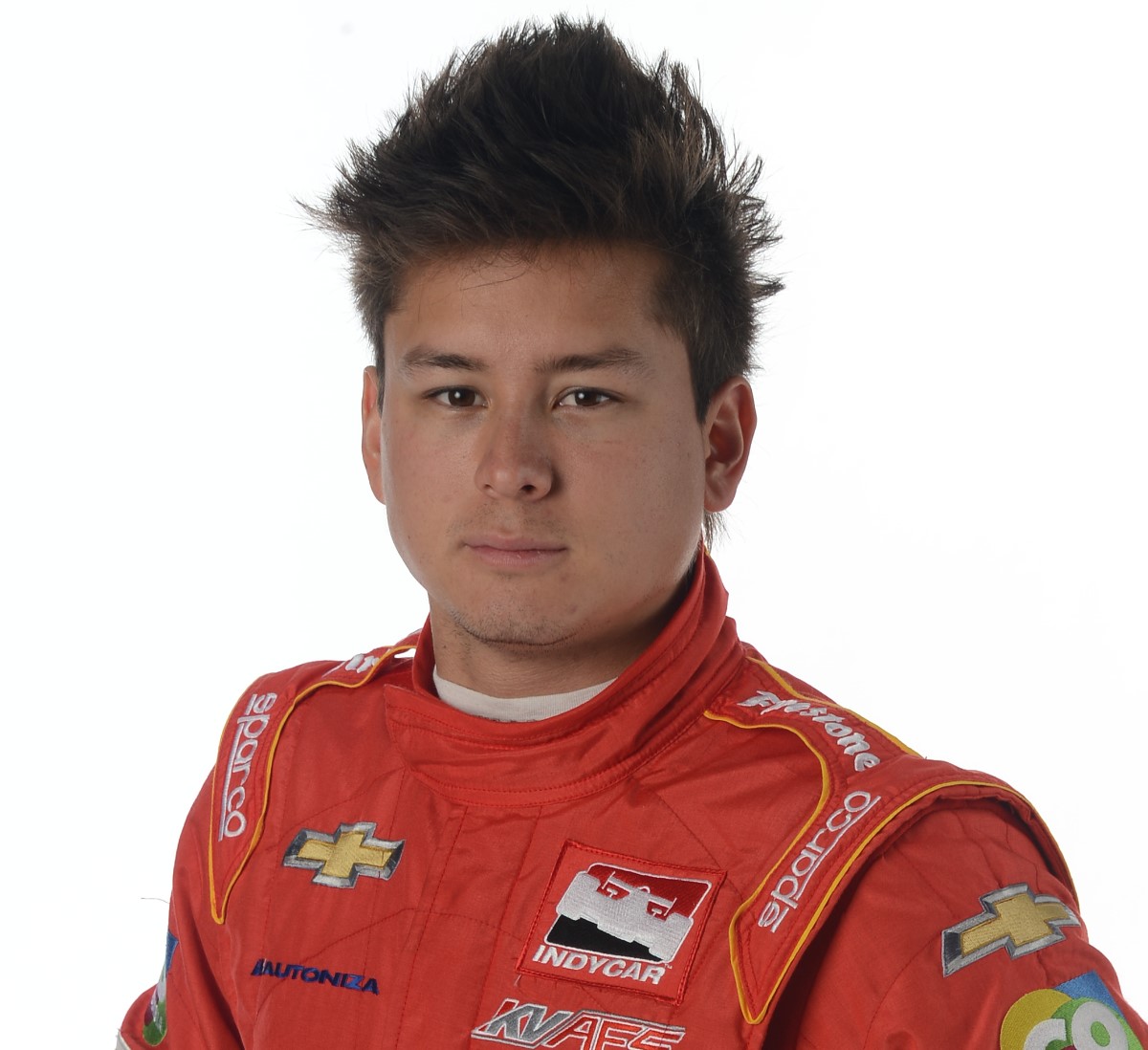 UPDATE As rumored below and now confirmed, reigning Indianapolis 500 champions Andretti Autosport will hold a press conference today at the Grand Prix of Long Beach to confirm Jack Harvey's addition to the team's lineup for the 101st Running of the Indianapolis 500-Mile Race.

After some overnight rain showers Saturday morning dawned partly sunny cool and dry for another great day of racing action. I spotted AFS Racing boss Gary Peterson and driver Sebastian Saavedra coming out of the Andretti Transporter. Peterson has run Saavedra in the 500 before, the last time being with KV Racing in 2014 and Ganassi Racing in 2015. We had heard that Jack Harvey was going to land the 5th Andretti Autosport ride, so we are not sure what Peterson and Saavedra were meeting with the Andretti team about. Maybe they are looking to buy a used chassis to run the 2017 Indy 500. Stay tuned as this can be related to Sunday's announcement.

We hear that besides the Indy 500, Oriol Servia will also run the Detroit GP doubleheader with Rahal Letterman Lanigan racing with hopefully more races to follow.

We ran into former IndyCar driver James Davison who is still trying to put together an Indy 500 ride. His chances are better with a Chevy team because the Chevy car count is not where they want it to be. His cousin was injured in the big V8 Supercar accident at Tasmania that we reported earlier Saturday but he is doing ok.

Talked to the President of Honda HPD about where they, Chevy and IndyCar are with regard to the next IndyCar engine in the early 2020's. He said the discussions are very early and confirmed it will not be an electric motor nor will it be super exotic like F1 is today because that is too expensive and would discourage participation by new manufacturers. While nothing has been decided he mentioned that a small turbo engine is most likely the formula because turbos are fairly commonplace on street cars.

St. Cyr downplayed talk that Honda has an advantage over Chevrolet,

"They [Chevrolet] have some pretty good drivers, some pretty good teams over there, and they've shown consistently that they can win races. That's great if they're worried about us, but it's not going to stop us from working hard with our teams to squeeze every inch of performance out of these cars."

"Last year we had a brand-new aero kit and were fighting against guys that had been working with their aero kit for years, so there was a lot of catch-up," he said.

"This is the first time that we've had a second year on an aero kit in the last three years, so I feel like we've finally got a good, solid foundation underneath us. Whether that turns into an advantage or not, at least we're now working on race craft and not working on trying to figure out the fundamentals of what's going on with the car."

Ran into Kevin Kalkhoven who is looking well rested and tanned now that he has sold his IndyCar team and spending his winters in Florida. He told us ticket sales are on track to set a new record again this year at Long Beach. Last year 186,000 fans came through the turnstiles. Why did he sell his IndyCar team? Because the economics don't work in IndyCar. You cannot sell a $6 million sponsor package with NBCSN TV ratings. The series in desperate need of a better TV deal and it can't come soon enough.

The Chip Ganassi Racing team have been unable to secure a full-time sponsor since Target pulled out last year after a more than 25-year partnership.

"Frustrated probably isn't the right word," Dixon said of his situation Friday. "It's not such an easy thing. You have to find something that fits. … Target was with me for 16 years, and they were the best sponsor anybody could hope for. A lot of great partnerships, and I met a lot of great people — a lot of great friends that I will have forever. So that's the benchmark. That's the hard part, trying to find someone to fill their place."

“We're not quite where we want to be, but we're damn close," Ganassi said. "We have a couple things we're working on that are more long term, so I'm optimistic."

"We could sell Dixon — but we don't want to give him away," Ganassi said of the 2008 Indianapolis 500 champion. "That's a little bit of the challenge. But we're fine. The team is fine. I have great partners who are already involved in the car, and they stepped up like good partners. They saw that we were challenged a bit, and they said, 'Hey, what can we do to help?' And you'll see more of that rolling out in the next couple of weeks."

There were rumors that perhaps Ganassi was in talks with Amazon to be Dixon’s car as its primary sponsor, but Dixon said that's all they where — rumors.

"I'm not really sure where (those rumors) came from," Dixon said. "That would be a great deal, but internally, I'm not sure that ever was a thing."

Emerson Fittipaldi was in town for a couple of awards he received this week, including be honored by the Road Racing Driving Club Thursday night.

The lightweight two-seat EF7 GTR is the first car to be offered by the Coral Gables, Fla., company. The planned 39 examples will be track-only, but after that the company will explore making them road legal.

"The company is American. It's where I live. It's where my family lives. We want to concentrate on the U.S. market," Fittipaldi told Automotive News. He estimates around half will to go the U.S.

Deliveries are planned to begin next spring. The EF7 GTR was unveiled last month at the Geneva auto show.

There is no plan for a dealer network, a Fittipaldi Motors spokesman said, Interested buyers are expected to contact the company.

The car and engine are being developed by Germany's HWA, which also partners with Daimler's AMG performance arm to build race cars. It was designed by Italy's Pininfarina.

"The inspiration is a shark." Fittipaldi said. "I love a shark. Pininfarina was able to translate that." Mark C. reporting from Long Beach