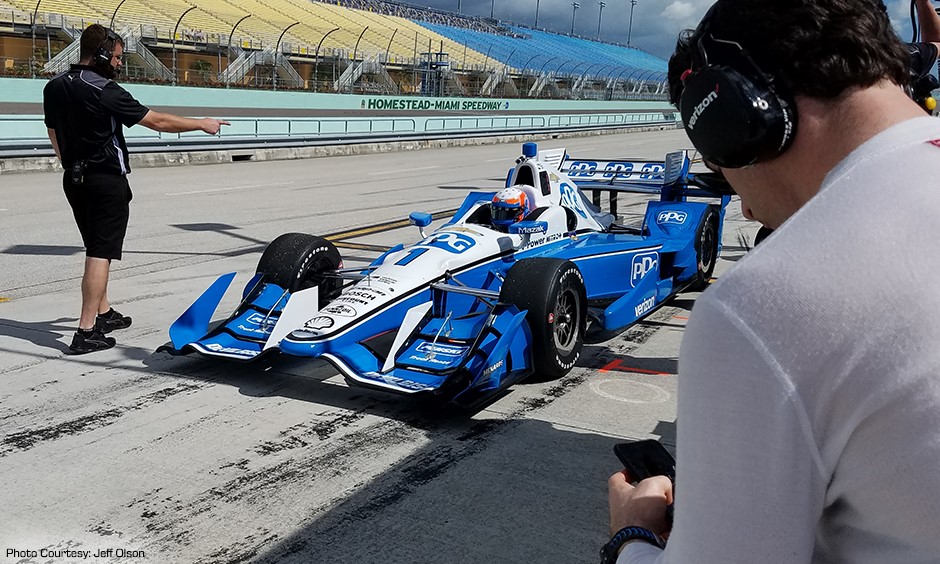 UPDATE AR1 has learned that Juncos Racing, which bought 3 of the 4 KV Racing cars before their auction, might be announcing that former F1 driver Pastor Maldonado will be running a partial IndyCar season with them, at least that was the plan we hear.

Recall this Indy 500 announcement by Juncos. Whether Maldonado, with zero oval experience, would he do an Indy 500 as his first race remains to be seen.

The question now is what is being announced here in Long Beach Sunday as there are a number of balls up in the air.

04/08/17 There is a special yet unnamed team announcement scheduled for Sunday here at Long Beach. Rumor has it that Wayne Taylor may announce that he will come into the Verizon IndyCar series in 2018 when the standard bodykits are rolled out.

Taylor is a 'GM' man having run Chevy power, and now Cadillac, in IMSA for years. Chevy lost the 4-car team of Ganassi Racing to Honda this year and hence is at a distinct disadvantage in car count to Honda.

Enter Wayne Taylor Racing to help fill that gap. We also know that Jimmy Vasser is looking to hookup with a team again, plus the fact that Ricky Taylor recently tested a Penske Chevy IndyCar and this rumor has all the makings of a 1 or 2 car Chevy team being fielded by Taylor using some chassis and equipment Vasser still has from KV Racing.

Stay tuned as we dig deeper into this rumor.