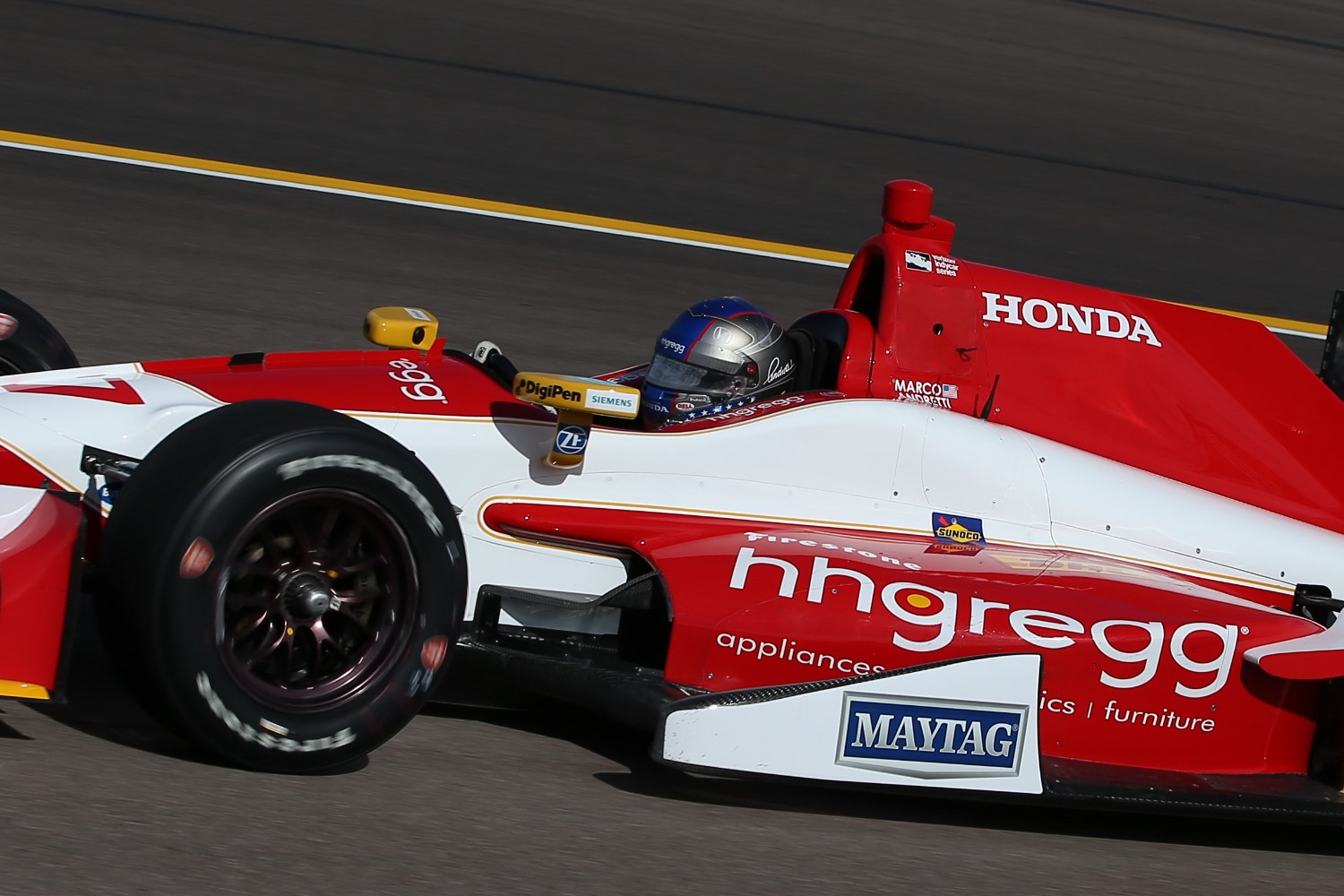 UPDATE As expected, hhgregg is being replaced on the #27 Marco Andretti car per this announcement.

03/02/17 Struggling retailer hhgregg Inc. announced Thursday morning that it will close 88 stores and three distribution centers in an effort to return the company to profitability. The decision will eliminate 40 percent of the chain's retail locations.

None of the stores are in Indiana, the Indianapolis-based electronics and appliance retailer said.

The closures should be completed by mid-April and will result in the elimination of about 1,500 jobs. Following the closings, Hhgregg will have 132 stores.

The decision to close the stores will help the company focus on its core markets, hhgregg CEO Robert J. Riesbeck said in a written statement.

“We are strategically exiting markets and stores that are not financially profitable for us," he said. “This is a proactive decision to streamline our store footprint in the markets where we have been, and will continue to be, important to our customers, vendor partners and communities."

02/24/17 Marco Andretti IndyCar sponsor appliances and electronics retailer hhgregg Inc is preparing to file for bankruptcy as soon as next month, Bloomberg reported on Friday.

The retailer is still seeking an out-of-court solution that would help it prevent filing a Chapter 11, Bloomberg reported, citing people familiar with the matter. (http://bloom.bg/2kS4j3E)

hhgregg's sales have fallen for 14 quarters in a row as it struggles to cope with intense competition.

The company said on Feb. 15 it was pursuing a range of strategic alternatives.

The Indianapolis, Indiana-based company's stock has lost more than three-fourth of its value in the last 12 months.