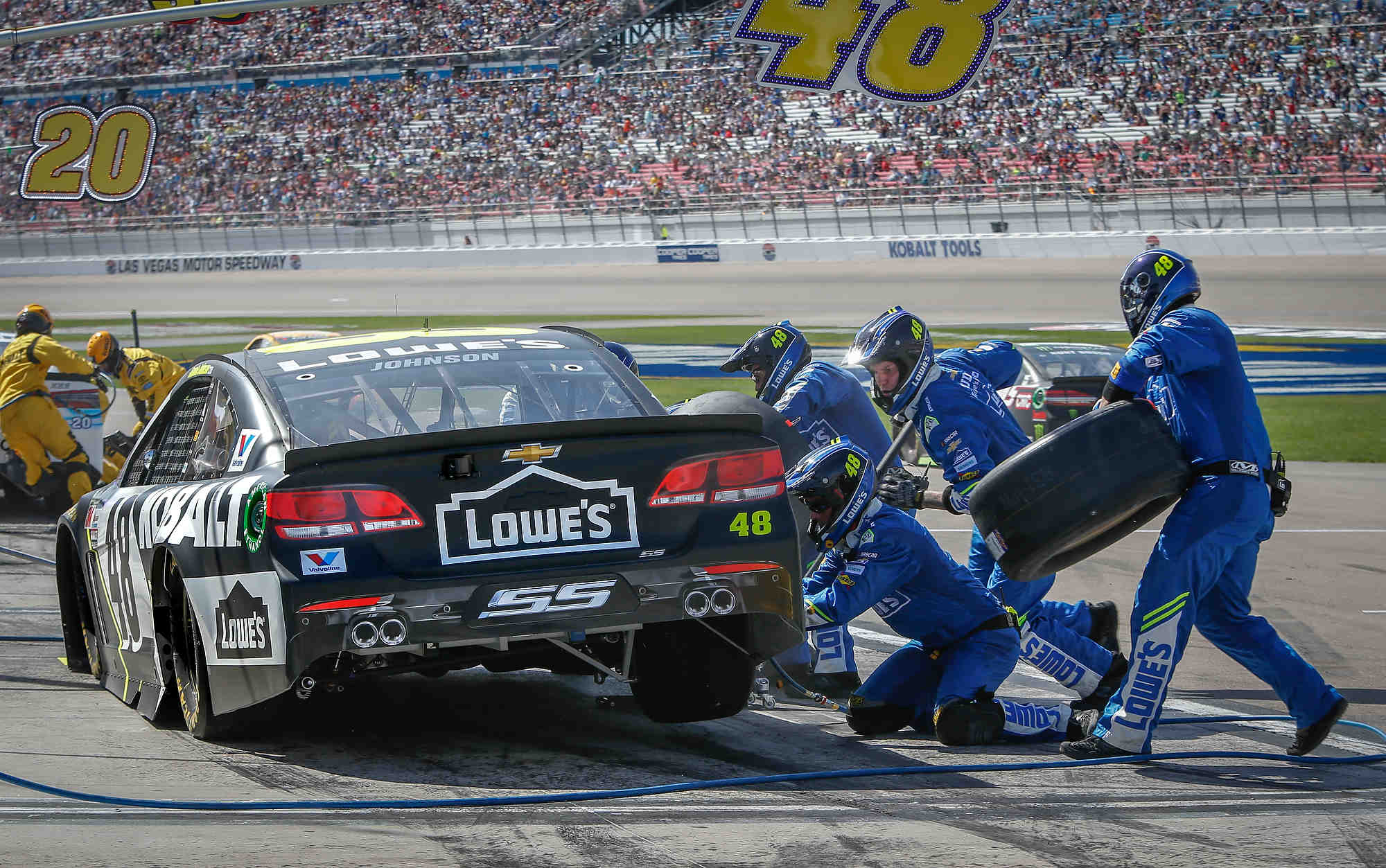 The bloody gash on Kyle Busch's forehead wasn't the only cut at Las Vegas Motor Speedway last week. The track appears poised to ax more seats that were largely empty at the Kobalt 400, and TV ratings for the March 12 NASCAR race were down 17 percent. What, if anything, does it mean for the viability of a second NASCAR race in Las Vegas?

The Kobalt 400 produced a late pass for the lead and a pit road fight pitting hometown hero Busch against Joey Logano and members of Logano's pit crew. It seemed to be the shot in the rocker arm LVMS was seeking.

It was announced March 8 that Las Vegas also will host a fall playoff race starting in 2018. LVMS President Chris Powell said he was "thrilled" with the early demand for tickets.

But fans who sought to renew seats in Sections 1 and 3 – the lower grandstands fronting the Richard Petty and Dale Earnhardt Terraces – were told they could not purchase them for 2018. "We are not prepared to sell tickets in those areas," Powell said. Does that mean Sections 1 and 3 will be eliminated? "A final decision hasn't been made."

A 2018 seating chart on the speedway's website shows the lower grandstands in front of the terraces grayed out.

With NASCAR attendance and TV ratings in freefall, no fewer than 11 tracks have reduced seating capacity since 2007 – some by as much as 40 percent. Seats at LVMS were widened on the front straightaway before the sweeping grandstand between Turns 3 and 4 was shoveled under in 2015, reducing capacity to around 108,000. Attendance for last Sunday's Kobalt 400 was estimated at 70,000. (NASCAR stopped releasing attendance figures in 2013.)

If the sections in front of the terraces are eliminated, it would trim LVMS capacity to around 80,000. Las Vegas Review-Journal