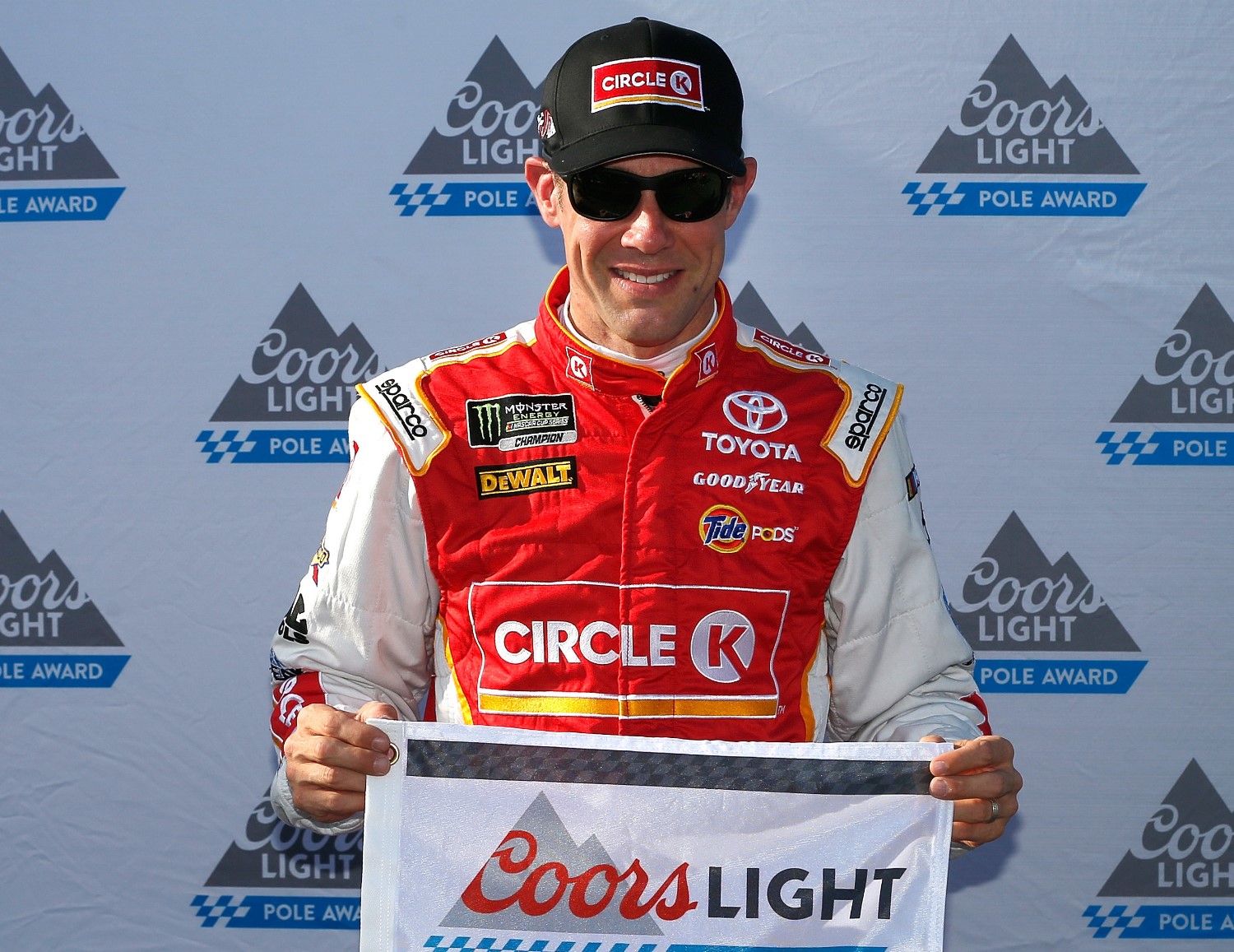 Matt Kenseth led all drivers at Richmond International Raceway in Friday evening's qualifying at 121.076 mph in his No. 20 Joe Gibbs Racing Toyota to capture the Coors Light Pole for Sunday's Toyota Owners 400. This marks his first pole win of 2017.

It is Kenseth's second career pole at Richmond, his previous top starting spot coming in 2013. Kenseth has won twice at the Virginia track, in 2002 and 2015.

Ryan Blaney will be joining Kenseth on the front row after turning a lap at 120.854 mph in his No. 21 Wood Brothers Racing Ford.

Series points leader Kyle Larson will start 18th after failing to advance to the third and final round of the session.

Austin Dillon failed pre-race inspection at Bristol Motor Speedway five times, the penalty for which is to start at the rear of the field this week. He took his qualifying lap at Richmond by never going faster than 82.792 mph to keep his tires fresh for the race.