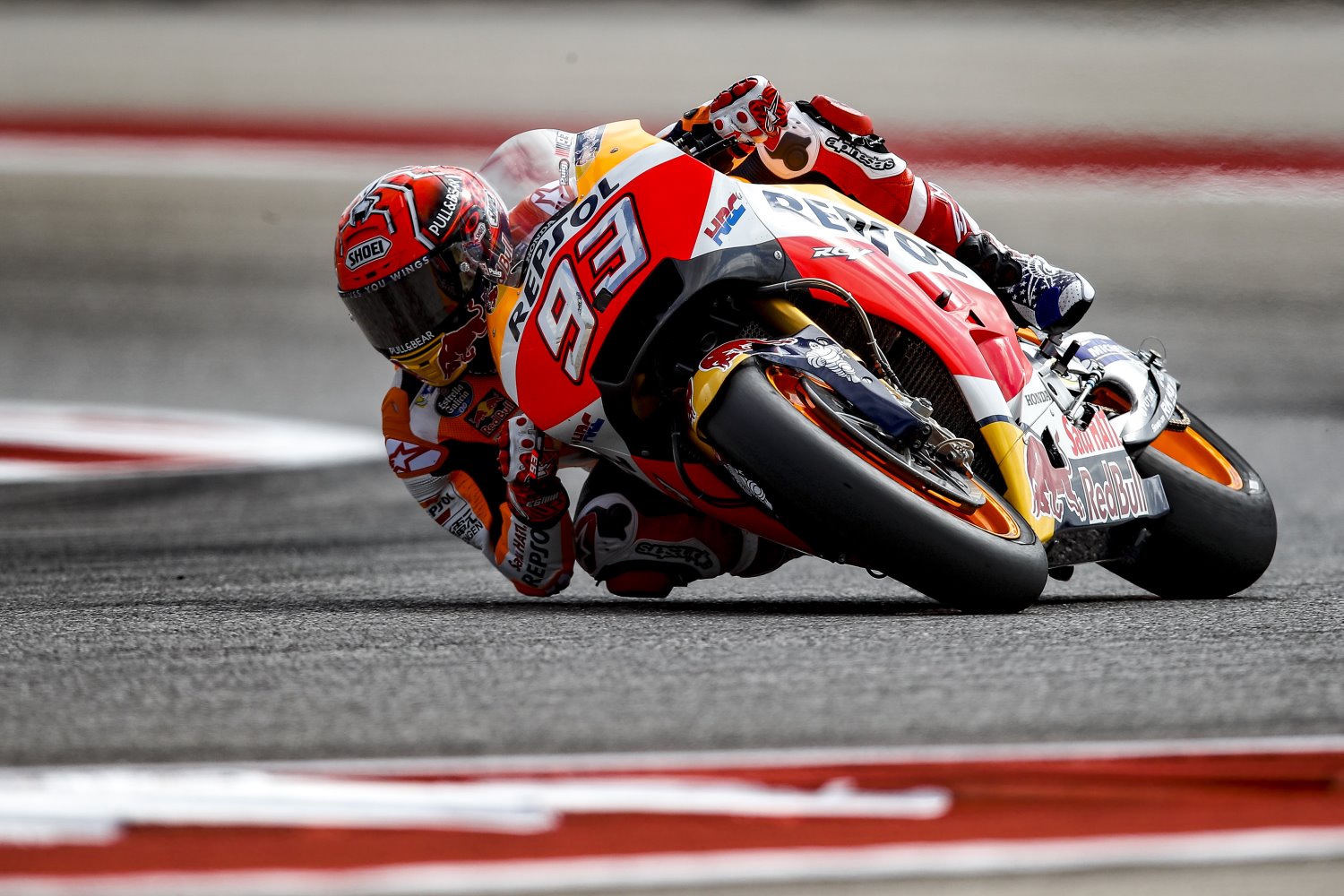 Marc Marquez (Repsol Honda Team) has taken a signature last dash pole position for the Red Bull Grand Prix of the Americas, putting in another stunner at COTA as he pulled out an ace on his final lap to take it back from key rival Maverick Vinales (Movistar Yamaha MotoGP). Vinales’ teammate Valentino Rossi was another on a late charge, shooting up into third to complete an incredible front row.

Dani Pedrosa (Repsol Honda Team) heads up the second row at a venue that has seen him on the podium twice, with Johann Zarco (Monster Yamaha Tech 3) once again top rookie in another impressive performance to line up P5.

Jorge Lorenzo (Ducati Team) progressed from Q1 in Austin for the first time since moving to the Borgo Panigale factory, and the five-time World Champion had an impressive Q2 session – lining up in P6 on the second row, and just out-qualifying teammate Andrea Dovizioso.

Jonas Folger (Monster Yamaha Tech 3) looks to keep his points lead in the fight for Rookie of the Year from P8, with Cal Crutchlow (LCR Honda) just behind in ninth after a crash. Compatriot Scott Redding (Octo Pramac Racing) completes the top ten.

[adinserter name="GOOGLE AD"]There were also crashes for Jack Miller (Estrella Galicia 0,0 Marc VDS) and Andrea Iannone (Team Suzuki Ecstar) in the session, with the two men set to line up in P11 and P12 respectively.

Marc Marquez
This pole makes me feel really good because I honestly didn’t expect it, or actually I thought it would be difficult. In fact, even considering that this circuit suits my riding style, I’ve been struggling a bit this weekend. We knew that our opponents were very strong on new tires and we worked a lot on race distance, and I felt better on race pace than on qualifying pace. But anyway, this is a track I love, so I told myself, ‘Let’s try!’ and on my last lap I pushed to my maximum, doing my best, and we got another pole here in Austin which is very good. I’m happy with the team; we changed many things on the bike over the weekend and step-by-step we regained some confidence, so this afternoon we just focused on keeping a good pace and it worked well. We did a good job in FP4. I feel quite good on used tires so we’ll see what we can do tomorrow.