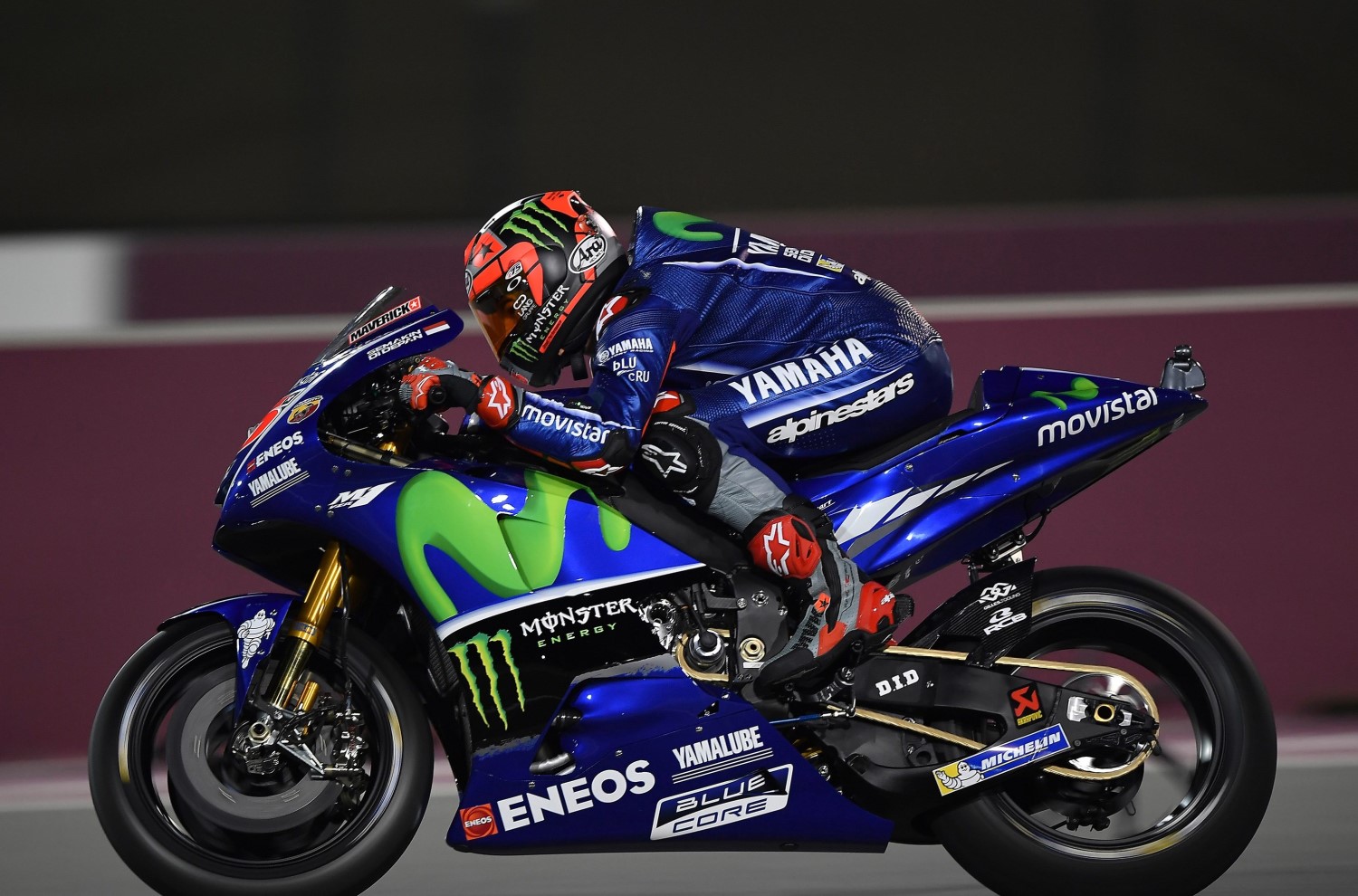 Maverick Vinales got his new career started on the right foot with his new Yamaha MotoGP team. Starting from pole, Vinales outdueled Andrea Dovizioso and teammate Valentino Rossi to win the first race of the 2017 MotoGP season in Qatar in sensational style.

Vinales dropped to fifth early, but rode back into contention after the midpoint of the race and then kept the Ducati at bay at the checkered flag.

After all of Saturday's running was washed out, a light shower started to fall just three minutes before the scheduled start, and following a pair of delays the race got under way 45 minutes late, with the distance trimmed by two laps to 20.

Tech3 Yamaha's rookie Johann Zarco went from hero to zero early. He lined up fourth and with a soft rear tire forced his way past Vinales into second at the first corner and then into the lead with a move on Andrea Iannone later on the first lap. He stretched his lead to 1.640 seconds after six laps then crashed at Turn 2 the next time around – a huge embarrassment on live worldwide TV.

[adinserter name="GOOGLE AD"]That handed the advantage to Dovizioso, who built a lead as Marc Marquez, Iannone, Vinales and Valentino Rossi – both Yamahas emerging after a quiet start – fought behind him.

At half-race distance, the top five riders were covered by 1.8s, albeit with Dovizioso a neat second clear at the front.

On laps 14, 15 and 16, Vinales moved past Dovizioso, but the more powerful Ducati blasting back past on the main straight each time.

Vinales looked to have made a decisive move with four laps to go, at Turn 6, but Dovizioso rode past again down the main straight with three laps to go.

The Spaniard had one more move left, getting past on the penultimate lap and doing enough to keep Dovizioso at bay when they crossed the start-finish line the next time around.

He claimed his second career victory by 0.461s over Dovizioso, with Rossi nearly two seconds behind and not able to mount a challenge.