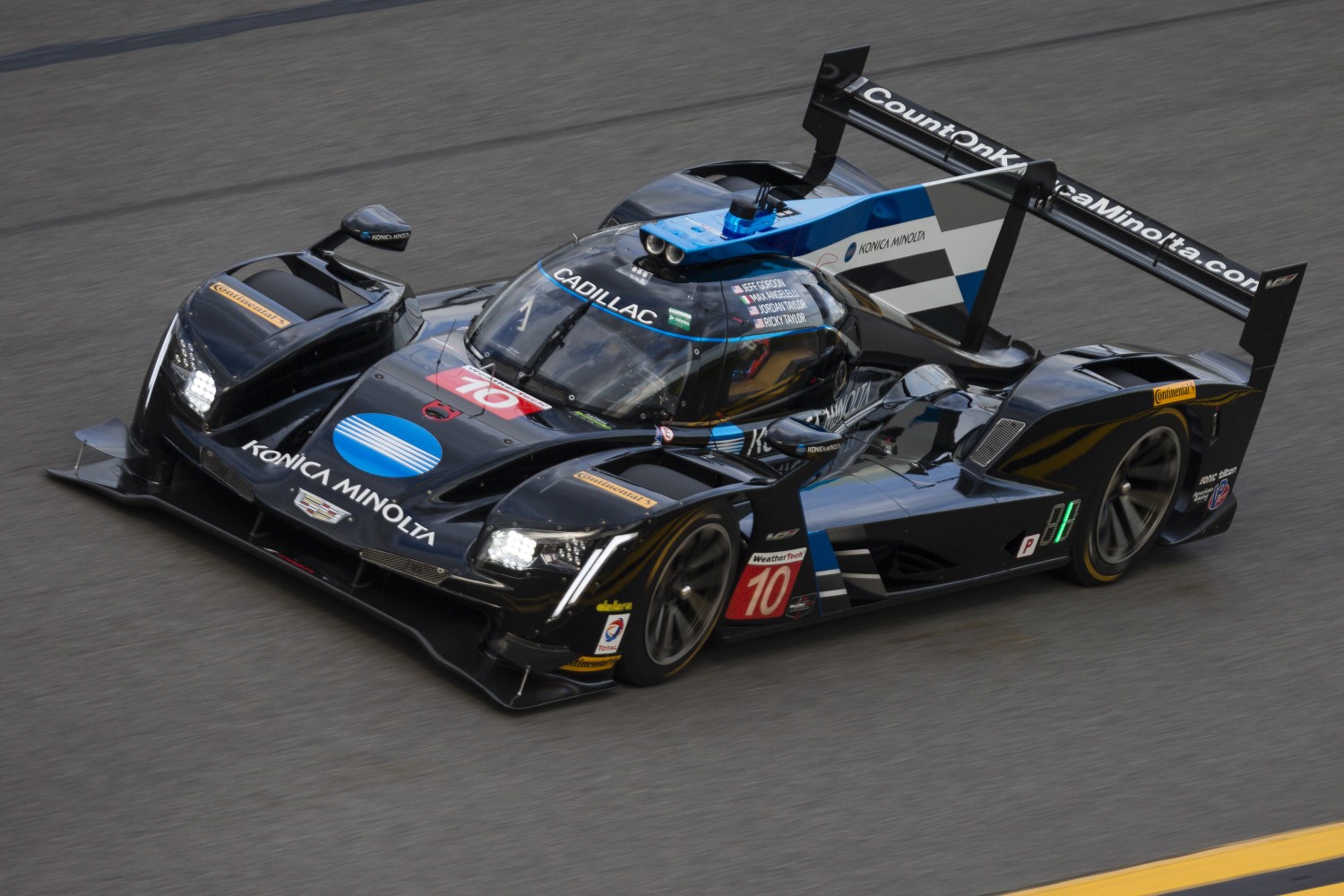 DAYTONA BEACH, Fla. – So what did we learn about the all-new Prototype field at the season-opening Rolex 24 at Daytona in January?

In brief, that they are good looking, with a purposeful, means-business profile. But they’re also fast. The premier class in the IMSA WeatherTech SportsCar Championship was won by the No. 10 Konica Minolta Cadillac DPi V.R, which clocked its fastest lap at 1 minute, 36.394 seconds, which is more than a 132-mph average on the 3.56-mile road course. More impressive still, that wasn’t even the fastest Prototype lap turned during the race.

But how any of this translates to Sebring International Raceway, for the 65th Mobil 1 Twelve Hours of Sebring Fueled by Fresh From Florida endurance race, is anyone’s guess. Only one thing is for sure: A lot of the cars, after 12 hours on one of the roughest, most challenging tracks in the world, won’t be so pretty for long.

Certainly, the No. 10 car, with a driver lineup of Ricky Taylor, his brother Jordan and newcomer Alexander Lynn from Great Britain, has to be a favorite, even minus NASCAR champ Jeff Gordon, who raced with the team at Daytona, and longtime pro Max Angelelli, who retired after the Rolex 24. Most of Lynn’s resume contains open wheel experience, as a test driver in Formula 1 and as the winner of the GP3 title in 2014. But if team owner Wayne Taylor didn’t think Lynn wouldn’t fit in with his two sons, he wouldn’t be here.

[adinserter name="GOOGLE AD"]It was lost on few fans at Daytona that the Prototype win went to a new Cadillac DPi, followed by another Cadillac DPi, the No. 5 Mustang Sampling entry of regulars Joao Barbosa and Christian Fittipaldi, with help from Filipe Albuquerque, who happened to be leading the race until the final few minutes when he and Ricky Taylor made contact in Turn 1, with the No. 5 car getting the worst of it. Those same three drivers are back for Sebring, and you have to wonder what will happen when those two cars are side-by-side.

The other Cadillac team, the No. 31 Whelen Engineering car of regulars Dane Cameron and Eric Curran, with help from Michael Conway and Seb Morris, finished a disappointing 14th at Daytona, but they were often in contention for the lead. All three Cadillacs had fast laps in the 1 minute, 36 second range, the only Prototypes to go that fast.

However, some of the other Prototypes think the tough Sebring race will fall in their favor. The pair of Tequila PatrÃ³n ESM Nissan-powered Prototypes will be looking for an improved outing, after finishing fourth and 17th at Daytona, a race they won last year – and then went on to win Sebring, too. The No. 2 car, with Ryan Dalziel, Scott Sharp and Pipo Derani should be strong, as should the No. 22 team car with Ed Brown, Johannes van Overbeek, Bruno Senna and Brendan Hartley.

Needing a good outing at Sebring are the Mazda Prototypes, which were fast at Daytona, but suffered mechanical problems, dropping them to 40th and 46th overall. The cars have the pace, they just need the luck – which has eluded the Mazdas since they dove into the Prototype pond in 2014.

While its lap times weren’t exceptional, the No. 90 Visit Florida Multimatic/Riley P2 car of Marc Goossens, Renger Van der Zande and Rene Rast finished third at Daytona, an example of how just plugging away and not making mistakes can net you a podium finish.

The European team of Rebellion Racing finished just 31st at Daytona, but the team is much faster than such a finish suggests. The No. 13 ORECA P2 car should be fast, especially because co-drivers Sebastien Buemi, Nick Heidfeld and Neel Jani are as good as any Prototype drivers, anywhere. Don’t rule them out.

The two other Prototype teams – the JDC-Miller ORECA and the PR1/Mathiasen Ligier – are still learning, having just stepped up from the Prototype Challenge (PC) class.

And speaking of PC, the class is making its final appearance around the circuit, as it will not be back for 2018. The field, not surprisingly, is smaller than usual, with four entries for Sebring.

There’s no reason not to pick the No. 38 Performance Tech team, as they handily won Daytona by 22 laps. Drivers for Sebring are James French, Patricio O’Ward and Kyle Masson – those last two both broke the record as being the youngest winners for the race in history. A Sebring win definitely would prove Daytona wasn’t a fluke.

The Mobil 1 Twelve Hours of Sebring starts at 10:30 a.m. ET Saturday. FS1 coverage begins at 12:30 p.m. ET, while FOX Sports GO will stream the race flag to flag beginning at 10:30 a.m. ET when authenticated with FS1. IMSA Radio also will have live coverage throughout practice, qualifying and the race on IMSA.com.