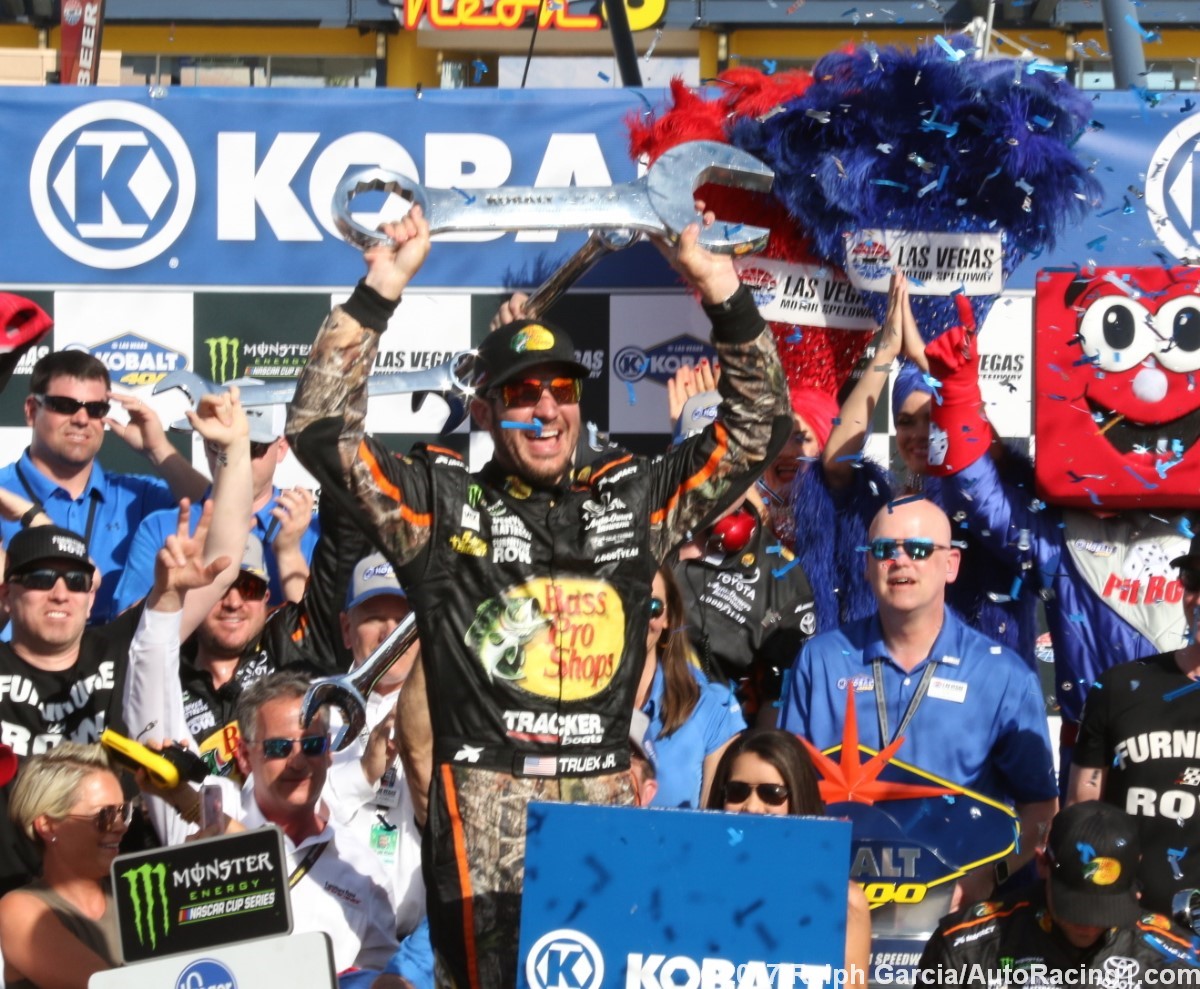 Martin Truex passed an ailing Brad Keselowski with two laps remaining to win today's Kobalt 400 at Las Vegas Motor Speedway. It was the eighth career victory for the driver of the No. 78 Bass Pro Shops/TRACKER BOATS Toyota and first of 2017. Truex also won both stage 1 and 2 becoming the first driver in NASCAR history to sweep both stages and score the victory. Kyle Larson was second with Chase Elliott third.

Joey Logano bumped Kyle Busch in the final turn and came home fourth, with teammate Keselowski rounding out the top-five. Busch, a Las Vegas native, was none too pleased with the driver of the No. 22 Pennzoil Ford and went after Logano on pit road after the race. The 2015 series champion was restrained by Logano's crew and came away from a brief scuffle with a cut above his head. Busch finished 22nd.

For his part, Logano was relatively calm about the matter. "There wasn't much talk, just a lot of swinging," said Logano to FOX's Vince Welch. "Usually Kyle and I race really well together, usually we don't have any issues. He tried to pin me down in the corner underneath Brad and we about crashed…it was nothing intentional but obviously he thinks that, so."

When asked if there were any blows landed, Logano with a wry grin said, "none to me."

Busch responded by expressing his rather blunt view of Logano noting: "that's how Joey races, he's gonna get his."

Ultimately, however, the day was about Truex, who scored the first victory for the 2018 Toyota Camry. "A little bit of a gift," Truex noted about Keselowski's brake problems in the closing laps. "But we have given some away, so it feels good to come out on the good end for once."

Next up for the Monster Energy Cup Series will be the Camping World 500 at Phoenix International Raceway. Kevin Harvick and Logano won the two races at PIR last season.