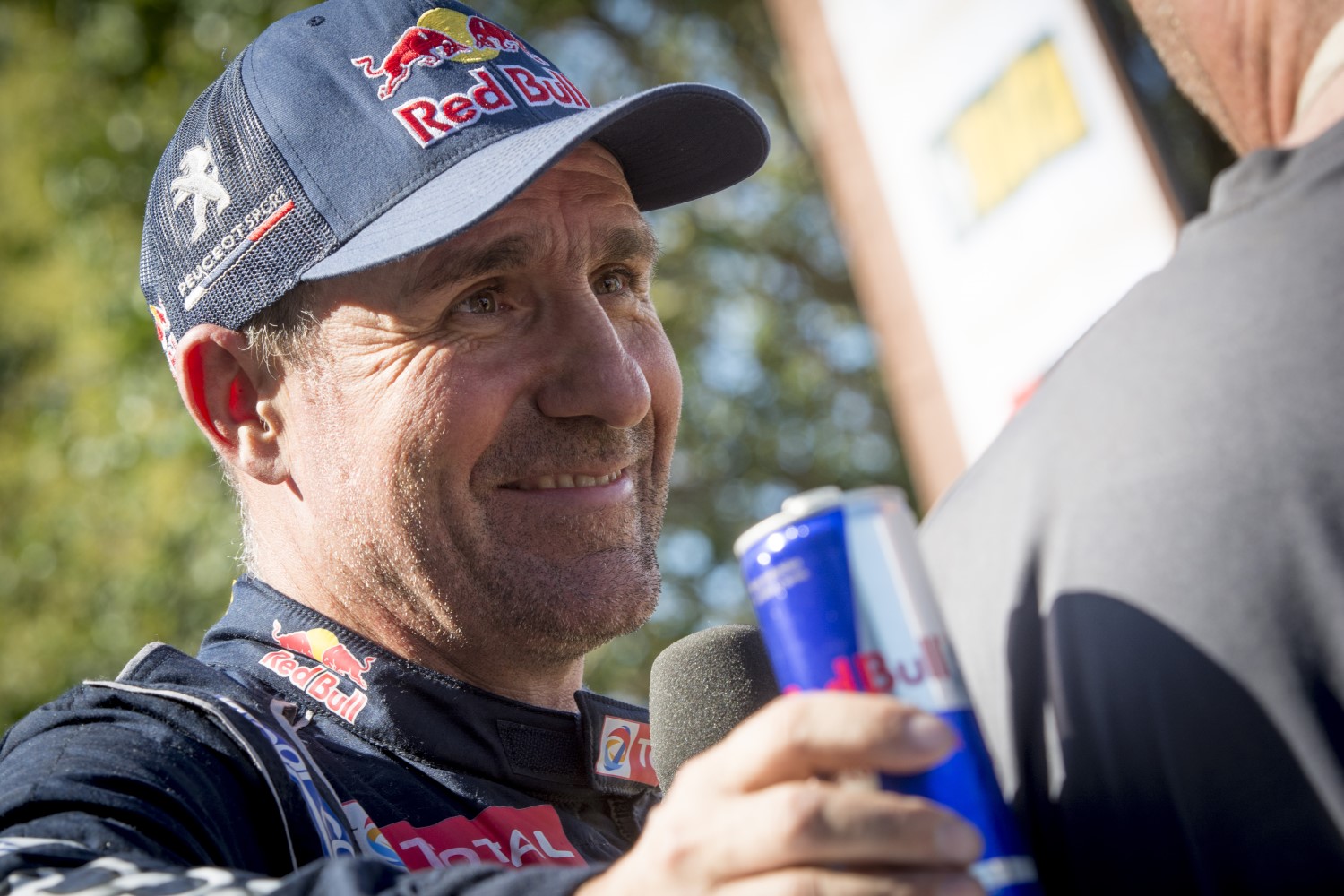 There was no containing the outpouring of emotion at the finish line of the 2017 Dakar Rally. All offroad racers making it to the end of this year's edition have stood up extreme weather and terrain on an unprecedented scale. With this being widely regarded as the toughest Dakar ever to be held in South America it should be no surprise that the teams rich in experience came out on top.

Team Peugeot Total absolutely dominated the car category from start to finish and have been rewarded with a clean sweep of the podium positions. Stephane Peterhansel (FRA)/Jean-Paul Cottret (FRA) successfully defended their title to give Monsieur Dakar his 13th Dakar win (six in bikes and now seven in cars). The back-to-back champions were pushed all the way by teammates Sebastien Loeb (FRA)/Daniel Elena (MON) who finish as runners-up in only their second attempt at the race. Also learning on the job are Cyril Despres (FRA)/David Castera (FRA) and the pair of former bikers have backed up their Silk Way Rally win with the final spot on the 2017 Dakar podium.

Things changed but also stayed the same in the bike contest as Sam Sunderland (GBR) became the first British winner of the Dakar as he handed the Red Bull KTM Factory Team their 16th consecutive title. Sunderland and team-mate Matthias Walkner (AUT) kept their cool despite never having previously finished a Dakar to maintain the proud reputation of KTM at motorsport's toughest test of endurance.

Among the best of the rest were Helder Rodrigues (PRT), a ninth Top 10 finish, Stefan Svitko (SVK), Top 25 despite receiving more than four hours in time penalties and Anastasiya Nifontova (RUS), the female biker conquering the Dakar on her first attempt. There were also encouraging performances from CS Santosh (IND) and Bolivian biker brothers Walter Jr. and Daniel Nosiglia Jager who gave their home fans plenty to cheer.

Peterhansel's victory in the car race brings him level with legendary Russian trucker Vladimir Chagin (RUS) as the pair now both have seven single category wins. Since retiring from competition Chagin has been the mentor to Team Kamaz Master's new generation of drivers. The first of these young guns to win multiple Dakars is Eduard Nikolaev (RUS) who has added success this year to the title he won in 2013. Dmitry Sotnikov's (RUS) fine performance ensured that Kamaz occupied both top steps of the final truck podium.

Ignacio Casale (CHL) was full of emotion as he crossed the finish line to take the runners-up spot in the quad race behind Sergey Karyakin (RUS). It's been a long road back from injury for the Chilean who won the Dakar in 2014 and at the finish line in Argentina he struggled to contain his feelings after fighting back onto the podium.

Everybody involved in the 2017 Dakar Rally will not forget this race in hurry. The routes and bivouacs have been pounded by “extreme climatic conditions" and any competitor making it to the end will have had to have summoned superhuman strength. We salute all involved with the event and look forward to more drama to come on the 40th anniversary of the Dakar in 12 months time.

Stat of the day
Stephane Peterhansel was already a Dakar legend thanks to his victory records in the motorcycle (6) and car (6) categories. However, "Mr Dakar" is still hungry for more. He was once again resourceful enough to see off Sebastien Loeb's challenge and claim his 13th Dakar. For perspective, Michael Schumacher won seven titles in Formula 1, Valentino Rossi nine titles in Moto GP and teammate Sebastien Loeb nine in the WRC…

Quote of the day
Sam Sunderland: "Unbelievable. When I crossed the line I felt all the emotion hit me. The weight on my shoulders of the race over the last week, leading the rally has been really heavy. It's the first Dakar I've ever finished and to finish first is an incredible feeling. I'm really lost for words."