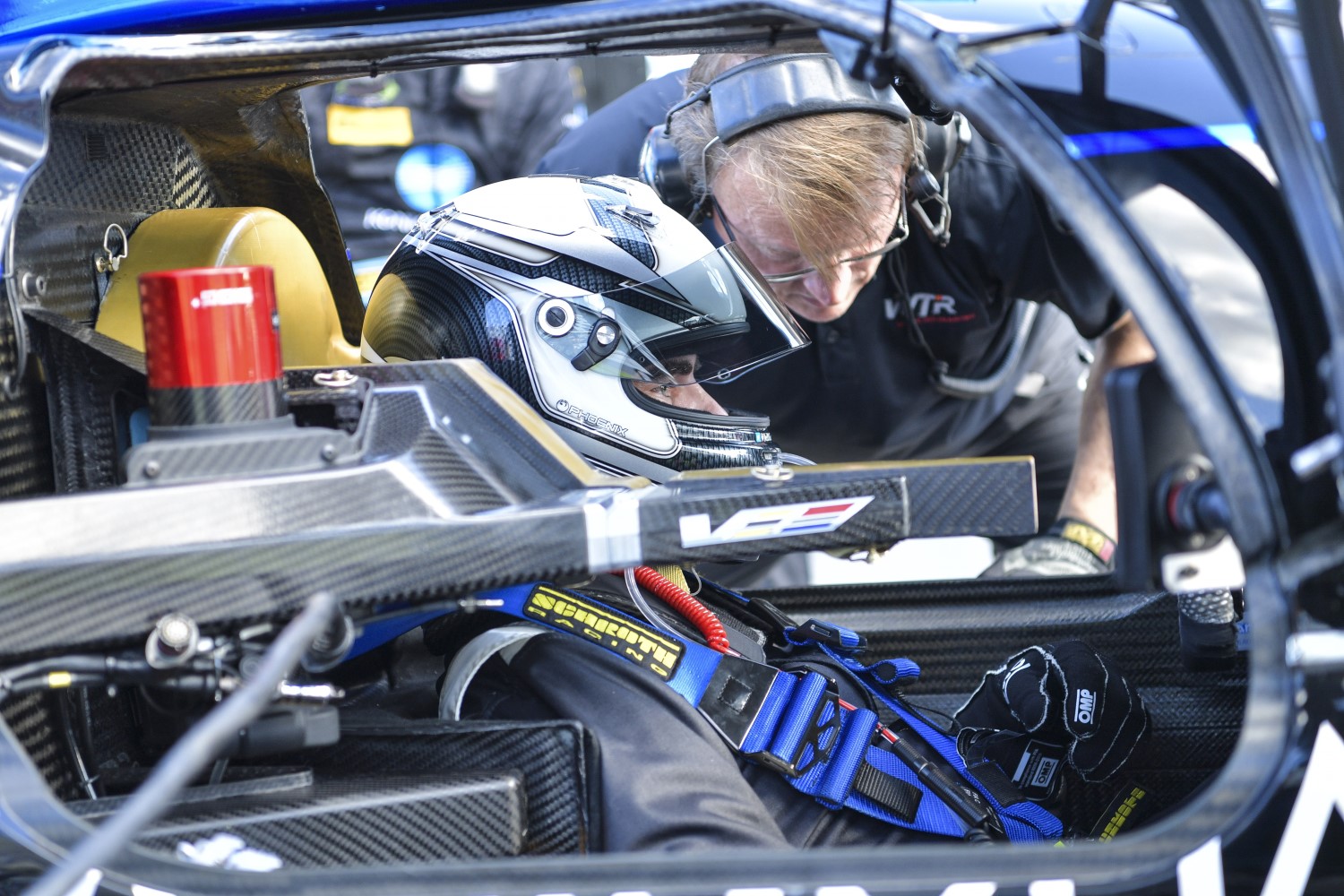 DAYTONA BEACH, Fla. – When NASCAR legend Jeff Gordon announced his retirement, a lot of folks thought he would be done with racing when the 2015 season was over. The truth, however, has proved to be just the opposite.

Gordon resumed NASCAR driving duties in numerous fill-in roles for Dale Earnhardt Jr. in the No. 88 Hendrick Motorsports Chevrolet throughout the 2016 season. At the beginning of this month, it also was announced that Gordon would return to the Rolex 24 At Daytona, the opening race for the IMSA WeatherTech SportsCar Championship, after a 10-year hiatus.

For the 2017 Rolex 24, Gordon will join Wayne Taylor Racing in the team's brand new Daytona Prototype international (DPi), the No. 10 Konica Minolta Cadillac DPi-V.R, where he will compete alongside Jordan Taylor, Ricky Taylor and Max Angelelli. Gordon turned his first laps in the car at in an IMSA-sanctioned test at Daytona on Tuesday afternoon.

"Oh man, that was a lot of fun," Gordon said after finishing his stint in the car. "I'm thrilled to be here, and to finally get some laps in. It didn't disappoint. To be able to drive a car that has that kind of downforce, and the kind of braking and cornering it's capable of, it's just an amazing piece of machinery."

In 2007, Gordon's lone previous Rolex 24 experience, he drove alongside Angelelli, Wayne Taylor and Jan Magnussen in a Corvette Daytona Prototype. Despite a few setbacks during the race, the quartet ended up finishing on the overall podium in third. Back then, the DPs were far more similar to a Cup car than the new batch of DPi models are, so Gordon has been meticulous in his preparations.

[adinserter name="GOOGLE AD"]"I've been working so hard because I want to give these guys everything," explained Gordon. "I told Wayne years ago that I wasn't going to come back to run this again unless I can put in the necessary amount of time and effort. I might be working harder this year than I think I've ever worked.

"Every lap I've made in the car has been helpful, as has the time I spent in the Dallara simulator in Indianapolis – that was big. I've definitely spent some time getting familiar with the seat, the steering wheel and how the car reacts. I anticipated feeling more comfortable here at Daytona than I did on the Charlotte road course, and that's exactly what happened."

For much of Tuesday, the team was working through a few software gremlins with the engine. However, once they hit the track, all the drivers were able to get some valuable seat time in on the high banks. Gordon feels there is definitely great room for improvement in setup, but he's looking to step aside and listen to the experts on that topic.

"That's for Ricky and Jordan and Max," he said. "I mean, I'm just trying to keep up with those guys. I felt like there were some areas where I could have been more aggressive, but we'll see."

Gordon finds great amusement in some of the reaction to the announcement that he would be returning to the Rolex, as he wasn't exactly private about his interest in partaking in the race. However, despite alluding to it on numerous occasions, much of the surprise makes him feel that not everyone took him seriously on the matter. He's looking forward to showing everyone just how serious he actually was by chasing a win in the twice-around-the-clock enduro.

"At this point in my life and career, that would be huge," Gordon said. "I think you really realize how important this race is when you're here on race day and you see the hype and the buildup and it doesn't disappoint. The challenges that you face, going for 24 hours to compete at that level against your competitors, that's what makes this race so thrilling."

Everyone will get a chance to experience that thrill on Jan. 28, when the green flag drops on the 55th Rolex 24 At Daytona.