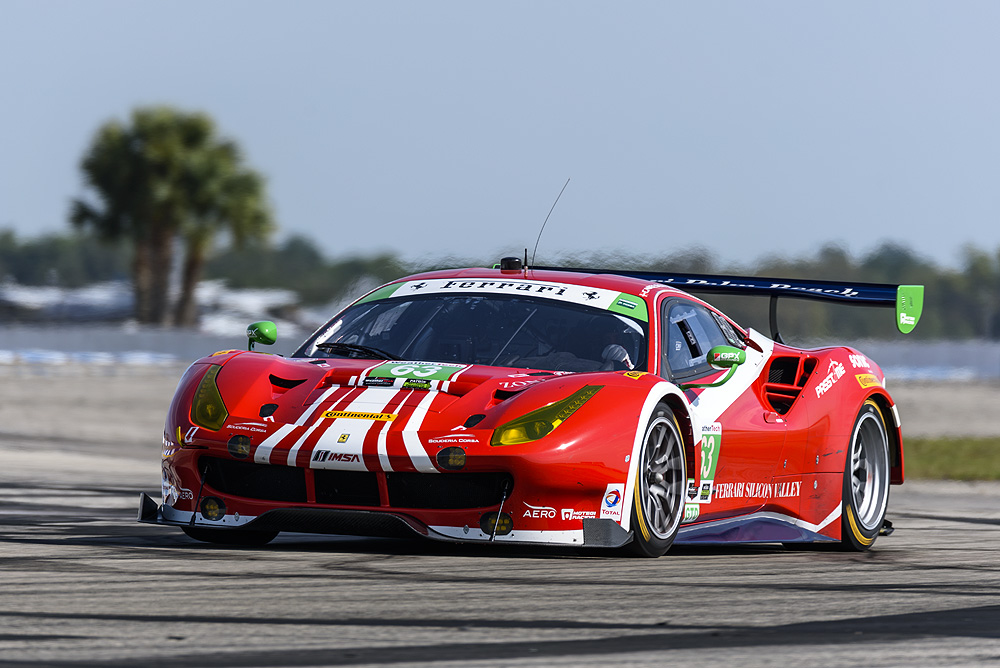 Virginia International Raceway has been kind to Ferrari in recent years. Will that hold true for this weekend’s Michelin GT Challenge at VIR? Those who race for the Prancing Horse brand certainly hope so.

“Our Ferrari should be quick here, if it is dry," said Rick Mayer, race engineer for the Risi Competizione No. 62 Ferrari 488 GTLM team, with drivers Giancarlo Fisichella and Toni Vilander. “We have had good race cars the last three years and won this race two of the last three years. But the competition is fierce. The current Balance of Performance puts us in the best comparative power position this year. But is it enough?"

It has been a major topic of discussion this season, especially with the introduction of a two-car team that neither Ferrari nor any other competition in GT Le Mans has had to deal with before – the Ford GTs from the Ford Chip Ganassi Racing stable that have won three times this season in WeatherTech Championship competition along with the 24 Hours of Le Mans.

[adinserter name="GOOGLE AD"]The Ford GTs and the pair of Chevrolet Corvette Racing C7.Rs have dominated GTLM this season, and if the Ferrari is going to take its turn on the top step of the podium, VIR is likely the place.

This WeatherTech Championship race will be GT cars only – Prototype and Prototype Challenge teams have the weekend off. For Mayer, that’s good news.

“The smaller total field should make the GTLM race one of the best this year," he said. “A smaller field of GT Daytonas will reduce the traffic issues for all GTLMs, from our perspective. There is a clear speed difference between the two classes, making passing easier and reducing accident risk."

The other Ferrari in the field – the No. 63 Scuderia Corsa GT Daytona entry of Christina Nielsen and Alessandro Balzan in their Ferrari 488 GT3 – has had a superb season, with wins at the Mobil 1 Twelve Hours of Sebring and Sahlen’s Six Hours of The Glen, giving the two drivers a 15-point lead in the championship standings.

For both the Ferrari teams, the 488 is new for 2016, so it has been a bit of a learning curve all year along. Being comfortable with the historic 3.27-mile track will help.

“I really like VIR," said Nielsen, who finished second last year in an Aston Martin and joins the team that won the GTD race at VIR last year. “It’s a classic, old-school American circuit. There are quick corners and a quick flow, so you have to be really precise."

There are 22 GTLM and GTD cars on the entry list, but the Michelin GT Challenge isn’t the only show for this weekend: The Continental Tires SportsCar Challenge has 36 entries for the Oak Tree Grand Prix of VIR, and they’ll be joined by the Porsche GT3 Cup USA Series by Yokohama, the Lamborghini Super Trofeo series, and the Mazda MX-5 Cup series.