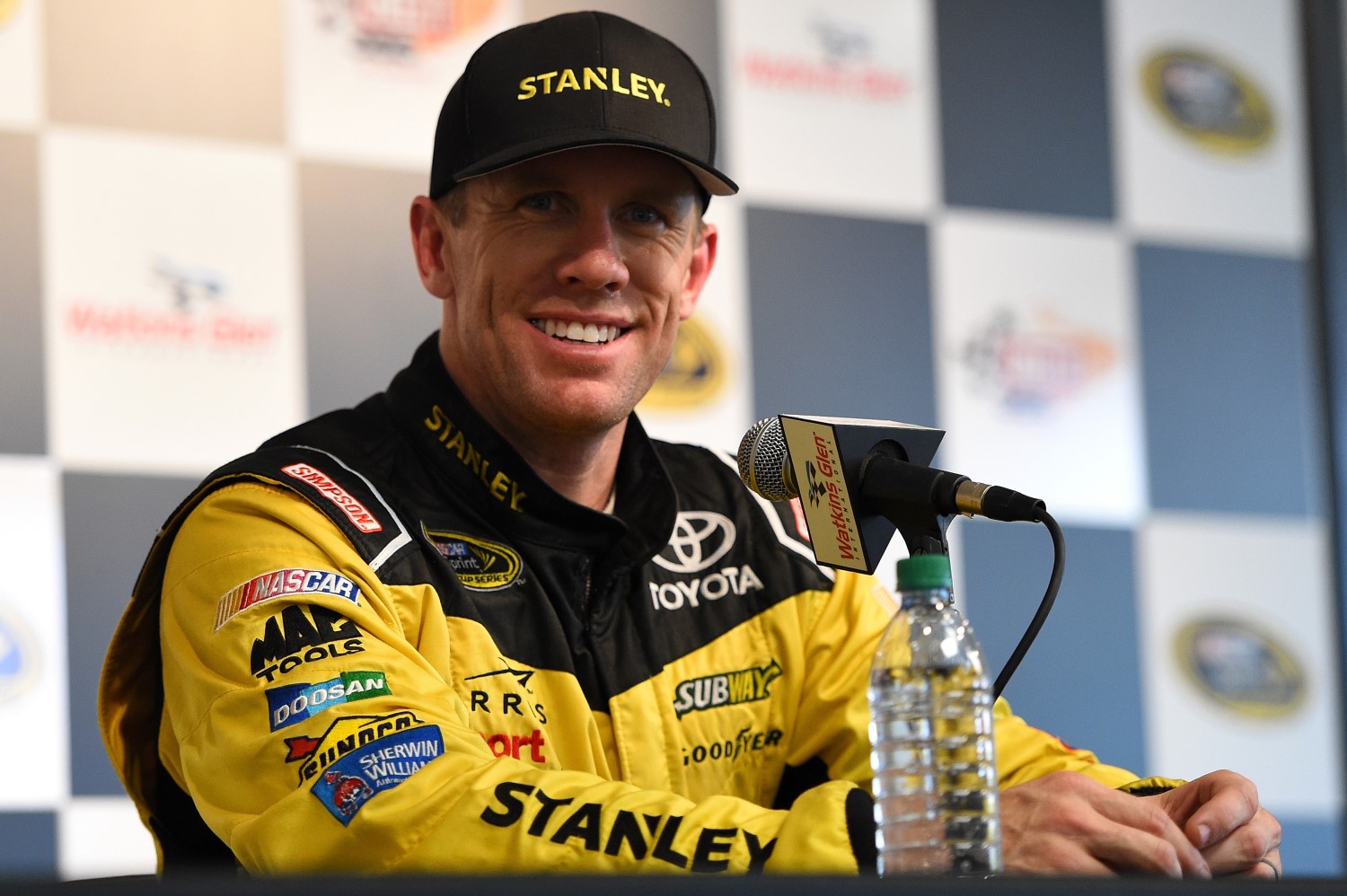 Carl Edwards earned the Coors Light Pole Award at Watkins Glen Saturday afternoon, making it two-for-two in road course qualifying sessions for the No. 19 Joe Gibbs Racing wheelman as he was also the polesitter for June's Sonoma event.

Chip Ganassi Racing's Kyle Larson sat atop the board for the majority of the final round in the two-round session, but walked away with the runner-up spot.

Denny Hamlin was the last of the JGR quartet on the leaderboard in sixth.

Jeff Gordon, who continues to fill in for an injured Dale Earnhardt Jr., qualified 21st in the No. 88 HMS Chevrolet. The four-time Sprint Cup Series champion has four wins at the New York track.

The red flag came out in the first round's opening minutes after Paul Menard spun through the bus stop. The Richard Childress Racing wheelman will line up 33rd.

Did you think you had a race car that could get the pole today?

“I wasn’t sure. You know the track is a little strange. It started out really slippery the first run. But, just really proud of my guys and everybody on this Stanley Toyota team. Dave Wilson from TRD (Toyota Racing Development, president) just came down. They’re a huge part of this. My teammates they’re really fast. Kyle (Busch) is really fast and Martin’s (Truex Jr.) is really fast. You’ve got to work a little bit in race trim but we’re starting upfront and we’ve got a great pit crew and hopefully we can put that Stanley in victory lane."

How do you beat your teammates for your first Cup win at Watkins Glen?

“I think tomorrow is going to be a little bit of an adventure. The new pavement nobody knows how that’s going to go along deep into the runs with tire build up. I think the braking zones are pretty tough and it’s going to be nice and warm. So, just got to stay upfront, can’t make any mistakes. I love road races. They’re so much fun. I got to talk to Boris Said who’s basically my road racing coach to start so that was cool today. Hopefully tonight get me some good rest and hopefully be very competitive tomorrow."

Do you think it will be slick tomorrow with the tire and new track combination?

“It was real slick. That’d be nice if it was slick like that during the race but I think as we run, as we get some rubber down these tires Goodyear does such a good job building a durable tire I think it’s just going to be a matter of tons of grip and managing that all day."