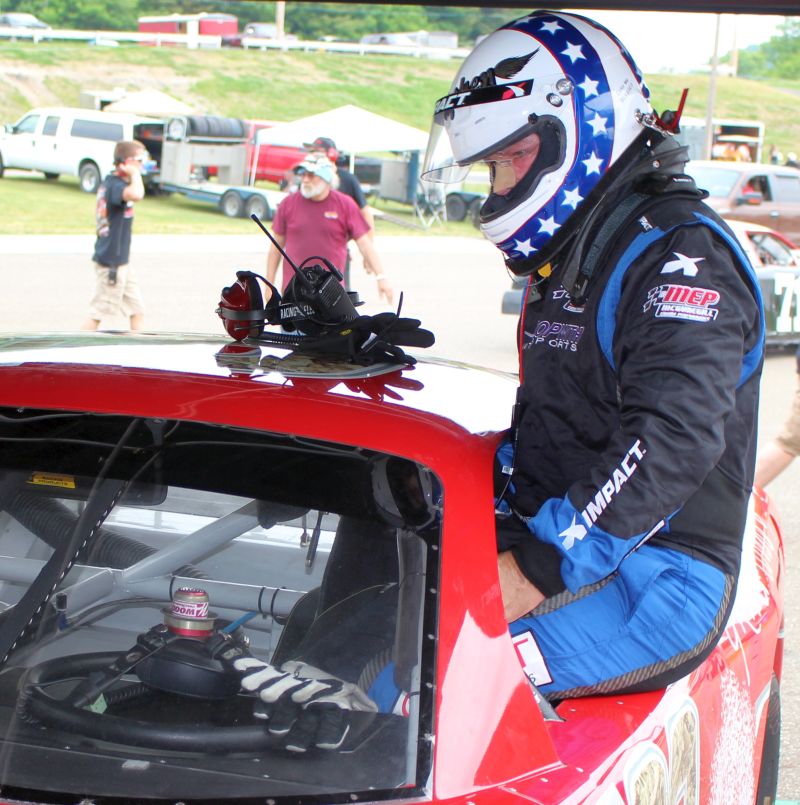 This year not so much.

My car caught fire in a well-publicized road race at Circuit of the Americas, burning the team's Porsche to the ground and sending me to intensive care.

Driving for NASCAR's Rohrbaugh Racing at Midvale Speedway in June, we set a new track record and won the pole but went home a disappointing second place after a controversial finish.

Built in 1972, the venue is among the finest bullrings in the south. I remember working pit lane at Lonesome Pine as part of Speed Channel's announcing team for the Hooters Pro Cup Series over a decade ago. This will be my first time driving the track.

Last week, as I do before every race, I changed my usual gym routine. Weight lifting was replaced with high intensity interval training. The object is to lean out with cardio, core work and isometric exercises.

Super Cup races are 75 to 100 laps in length and the cars are big, heavy, 500-600 horsepower monsters. You get pretty tired. And tired doesn't win.

My diet changes as well. Green tea instead of those Starbucks milk shakes masquerading as coffee drinks. I drank water with popcorn last night. Yuck. Avocados and peanut butter for afternoon snacks. Had a hamburger patty for lunch today with no bread.

I spoke with crew chief Codie Rohrbaugh this week. We're trying to line out a testing session before the race. He wants this race as bad as I do. The team's other car was badly wrecked at Jennerstown earlier this month so we're a single-car team at Lonesome Pine.

It's time for something positive. I'm tired of hospitals and scar management therapy, tired of wearing bandages and tired of seeing a burned face in the mirror every morning.

Boschett Timepieces has supported me for years. So has Impact Racing and McGunegill Engine Performance. They've patiently stuck with me through the burn treatments and uncertainty. They deserve to see some success on the track this season, especially since the Lonesome Pine race will air nationally on MavTV (tape delay).

[adinserter name="GOOGLE AD"]An unexpected offer from a team at the highest level of road racing came in this week as well. Not sure I can accept it but I sure don't want them to lose interest, and nothing increases interest in a driver like a checkered flag. Except, well… money.

After more than 20 years in the cockpit, I've noticed that auto racing occasionally offers specific windows of opportunity that close as quickly as they open.

We're halfway through the year. I've already had two other road racing rides fall through at the last minute. I have the best ride in the Super Cup series but most of the oval season is behind us.

I've done everything I can to overcome my injuries and be ready to compete but my window is closing fast.

The time to win is now. Wish me luck.