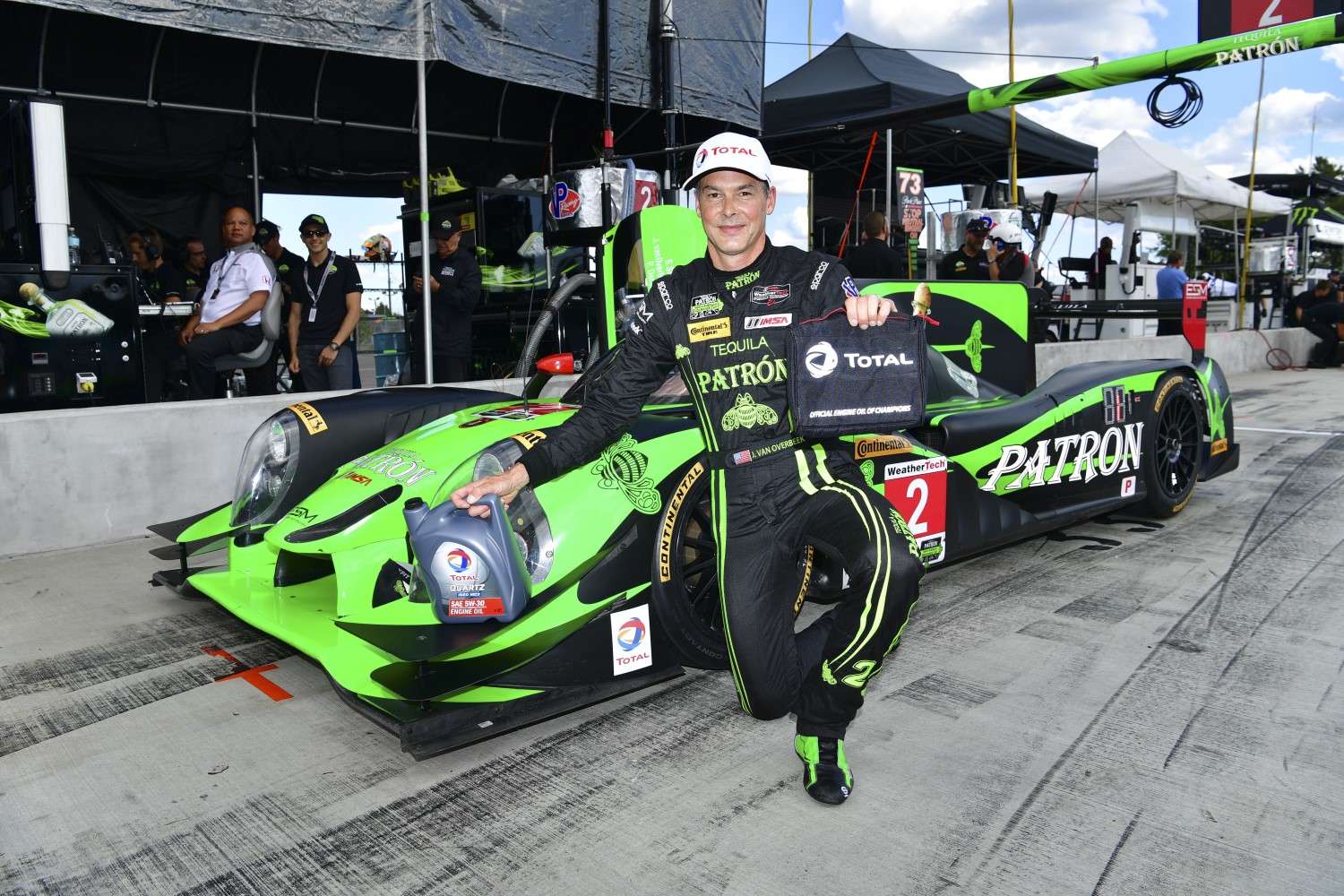 Van Overbeek’s best lap of 1:35.207 around the newly repaved, 3.4-mile Watkins Glen International road course edged the No. 55 Mazda P2 Prototype of Tristan Nunez, who turned a 1:35.374 in the car that carries the colors of the Mazda 787B that won the 24 Hours of Le Mans in 1991, still the only Japanese manufacturer to do so. Nunez shares the car with Spencer Pigot and Jonathan Bomarito. Third was Ozz Negri, driving the No. 60 Shank Racing Honda Ligier JS P2 he shares with John Pew and Olivier Pla.

Van Overbeek and his team are going for a third straight victory in the IMSA WeatherTech SportsCar Championship, as they are only running the four races that make up the Tequila PatrÃ³n North American Endurance Championship – the Rolex 24 at Daytona and the Mobil 1 Twelve Hours of Sebring, which they won, plus the Sahlen’s Six Hours of the Glen, and the 10-hour season finale, Petit Le Mans at Road Atlanta.

As for his qualifying run, “The crew did it," said van Overbeek. “The ESM PatrÃ³n guys put together a great car. I knew the car had the possibility of getting the pole and I didn’t want to let the guys down, so I just closed my eyes and hung on. I last won here in 2003 and it’s one of those races I want to win again."

[adinserter name="GOOGLE AD"]In Prototype Challenge, Renger van der Zande put his Starworks Oreca-Chevrolet solidly on the pole, 0.804 ahead of Robert Alon in the PR1/Mathiasen entry. Van der Zande’s best lap was 1:38.407 in the ride he splits with Alex Popow. Alon is partnered with Tom Kimber-Smith and Jose Gutierrez. Third was the Performance Tech entry of James French and his co-driver, Kyle Marcelli.

This is van der Zande’s first pole in the series, and clearly this is a track he likes, as he won his class here last year. Starworks and I have worked together for three years now, and we know the setup," he said. “We’re the only PC car with just two drivers so it should be a little physical out there."

Richard Westbrook, driver of the No. 67 Ford GT he shares with Ryan Briscoe, is on the GT Le Mans pole for Ford Chip Ganassi Racing with a lap of 1:41.301, which is 0.349 seconds ahead of the No. 25 BMW M6 GTLM car of Dirk Werner, who is teamed with Bill Auberlen on the BMW Team RLL car. Third was the No. 100 team BMW of John Edwards and Lucas Luhr.

Westbrook and Briscoe won the last race in which GT Le Mans competed, at Mazda Raceway Laguna Seca. Fourth was the other Ford GT, fifth was a Ferrari and sixth was a Corvette Racing C7.R.

“The car is absolutely amazing to drive," said Westbrook. “It’s a new surface here, and it’ll be new for everyone how we handle that over a stint. This track has always been good to me."

Farnbacher shares the No. 23 Porsche with Alex Riberas and Ian James. Moving up to second was the other Stevenson entry the No. 9 Audi R8 LMS GT3, this one driven by Lawson Aschenbach, teamed with Matt Bell in the other Stevenson entry. Third is Madison Snow in the No. 48 Paul Miller Racing Lamborghini, followed by class points co-leader Christina Nielsen in the No. 63 Ferrari.

Interesting fact: All the pole-sitting drivers are from Europe except the fastest: Van Overbeek.

In GS, the Trent Hindman/Cameron Cassels Bodymotion entry won GS and overall, 1.101 seconds ahead of the Tyler McQuarrie/Till Bechtolscheimer entry from the stable of major league baseball pitcher C.J. Wilson. Third was the other CJ Wilson Porsche, driven by Marc Miller and Daniel Burkett.

Miller was leading in the final stage of the race, but he was trapped behind a lapped car, which gave Hindman the opportunity to get by for the team’s third straight win.

“This was by far the toughest one yet," Hindman said, “and it’s not going to get any easier. We definitely got some help from lapped traffic." In the end, “Patience was king today."

The polesitting Multimatic Ford Shelby Mustang GT350R-C of Scott Maxwell and Billy Johnson finished fourth, nearly 16 seconds back, having made one more pit stop than the three cars ahead.

[adinserter name="GOOGLE AD"]In ST, Spencer Pumpelly and Nick Galante took their RS1 Porsche Cayman to a class win, 3.3 seconds ahead of Jason Rabe and Devin Jones in a Bodymotion Cayman. Third was Corey Lewis and Matthew Dicken in their Strategic Wealth Cayman.

It was Galante’s first win, and Pumpelly’s first win this season. Pumpelly had multiple wins in 2015, but the team also had five mechanical failures, taking them out of the points battle. This year, “I have a lot more confidence in the car," he said, and the team is leading the points.

Next up for the Continental Tire SportsCar Challenge: Like the IMSA WeatherTech SportsCar Championship, there’s only a week until the Mobil 1 Sports Car Grand Prix at Canadian Tire Motorsport Park in Ontario July 8-10.

FORD BACK FOR AT LEAST THREE YEARS: When the Ford GT program was announced, executives made it clear the program was funded for only two years of completion – 2016 and 2017.

Less than two weeks after winning its class at the 24 Hours of Le Mans, and on the eve of the Sahlen’s Six Hours at The Glen in the IMSA WeatherTech SportsCar Championship, the company announced it would be racing the GT for at least three more seasons, both in IMSA and FIA WEC competition.

“We wanted to make sure everyone knows that we are committed to sports car racing globally with WEC and IMSA," said Raj Nair, Ford executive vice president and chief technical officer. “The stated goal of our Ford GT program was to win Le Mans, and we're very proud that we were able to do that in our first year. To commit to a full, four-year assault on both the IMSA and WEC championships shows how serious we are about taking Ford GT racing around the world."

“We’re excited and feel the extension of this Ford GT race program sends an important message to the industry and to enthusiasts that we are committed to global racing at Ford," said Dave Pericak, global director, Ford Performance.