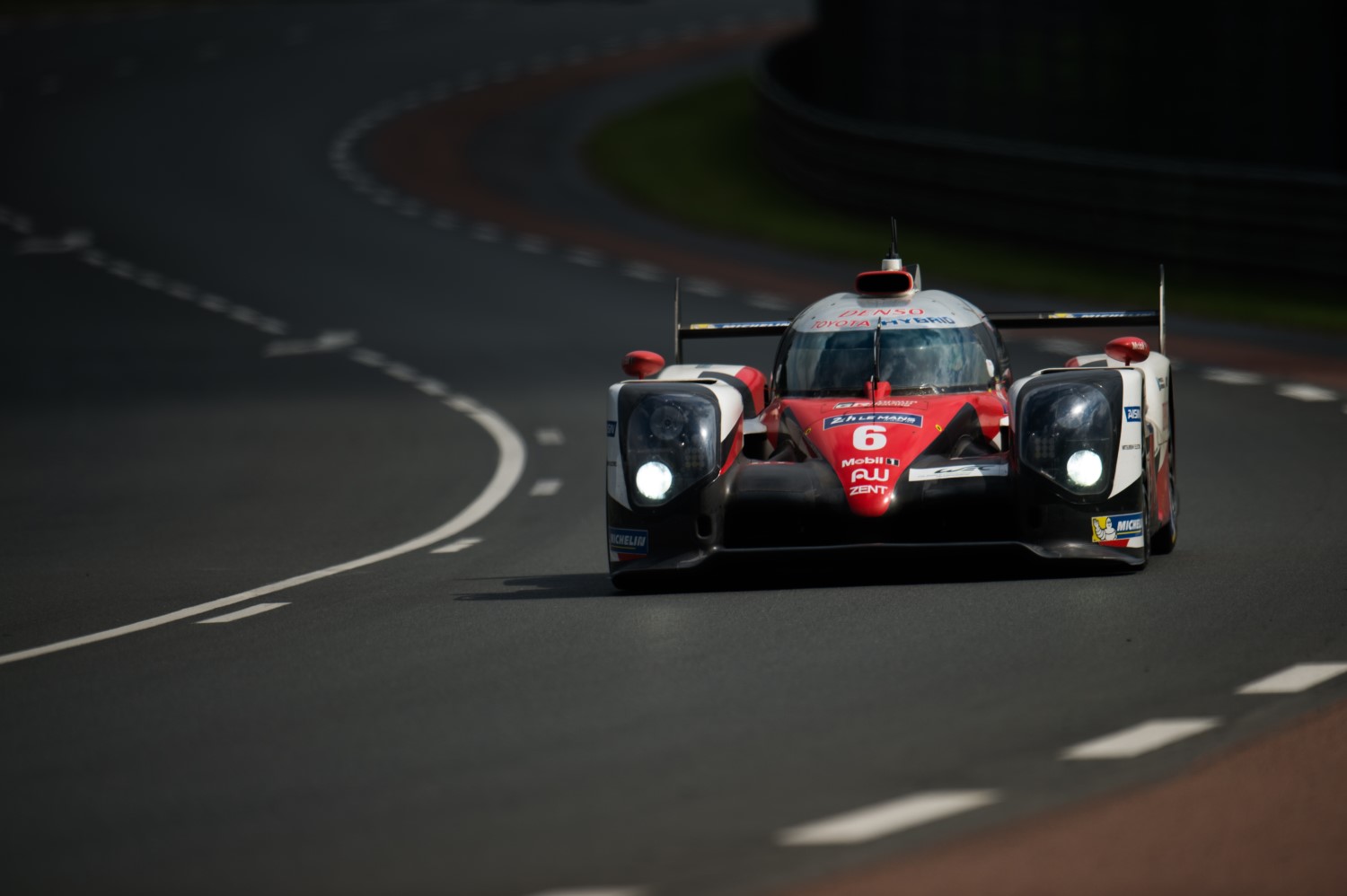 After 12 hours of racing, the race remains totally undecided and the battle is on between Toyota and Porsche. The Toyota Gazoo Racing team is on top thanks to a reduction in fuel consumption which seems to have given it a real advantage. Indeed, between each pit stop, the TS050 has been capable of doing 14 laps against 13 for the 919 Hybrid.

The #6 Toyota is currently being driven by Kamui Kobayashi in the lead in front of the #2 Porsche 919 Hybrid. The other Toyota TS050 (#5) has allowed the Japanese team to sandwich the sole Porsche LM P1 still in the running for victory, the #1 having been delayed a long while at its pit with a water temperature problem.

At 2 hours 51 minutes, the #7 Audi R18 driven by Marcel Fassler was stopped at the beginning of the esses of the forest. Though the Swiss driver was able to restart, he immediately lost a position to the #13 Rebellion. The car driven by Mateo Tuscher, Alexandre Imperatori and Dominik Kraihamer took advantage of the factory car to climb the hierarchy and reach fifth place.

22 seconds! That was the gap between the three top cars in the LM P2 class at the stroke of midnight. The #36 Alpine of the Signatech Alpine team is ahead of the #46 Oreca-Nissan of Thiriet by TDS Racing and the #44 Oreca-Nissan of the British Manor team. Though the top three spots in the class are held by French chassis, Gibson isn't far behind in fourth and fifth places (#38 and #42).

[adinserter name="GOOGLE AD"]In the LM GTE Pro class, the #91 and #92 Porsche 911 RSRs' race has been a real mess. The #91 suffered a mechanical break and the #92 was pushed from its pit. The mechanics worked on the chassis. The #82 Ferrari 488 GTE of Risi Competizione driven by Giancarlo Fisichella, Toni Vilander and Matteo Malucelli is leading ahead of the #68 Ford GT which lost the lead in the class following a short immobilization in its pit for a brake pad change. The gap between these two cars is 30 seconds.

The LM GTE Am class is still dominated by the #88 Porsche of Abu-Dhabi-Proton Racing driven by the trio Al Qubaisi-Heinemeier Hansson-Long. It is ahead of the #62 Ferrari 458 of the Scuderia Corsa team. A lap separates these two cars.

2016, the year of reliability? The number of retirements is less than last year since only two cars have been forced to retire at this stage of the race. The #89 Porsche of Proton Competition following an accident (with no injury to the driver) and the #47 Oreca-Nissan of the KCMG team due to an electrical problem.