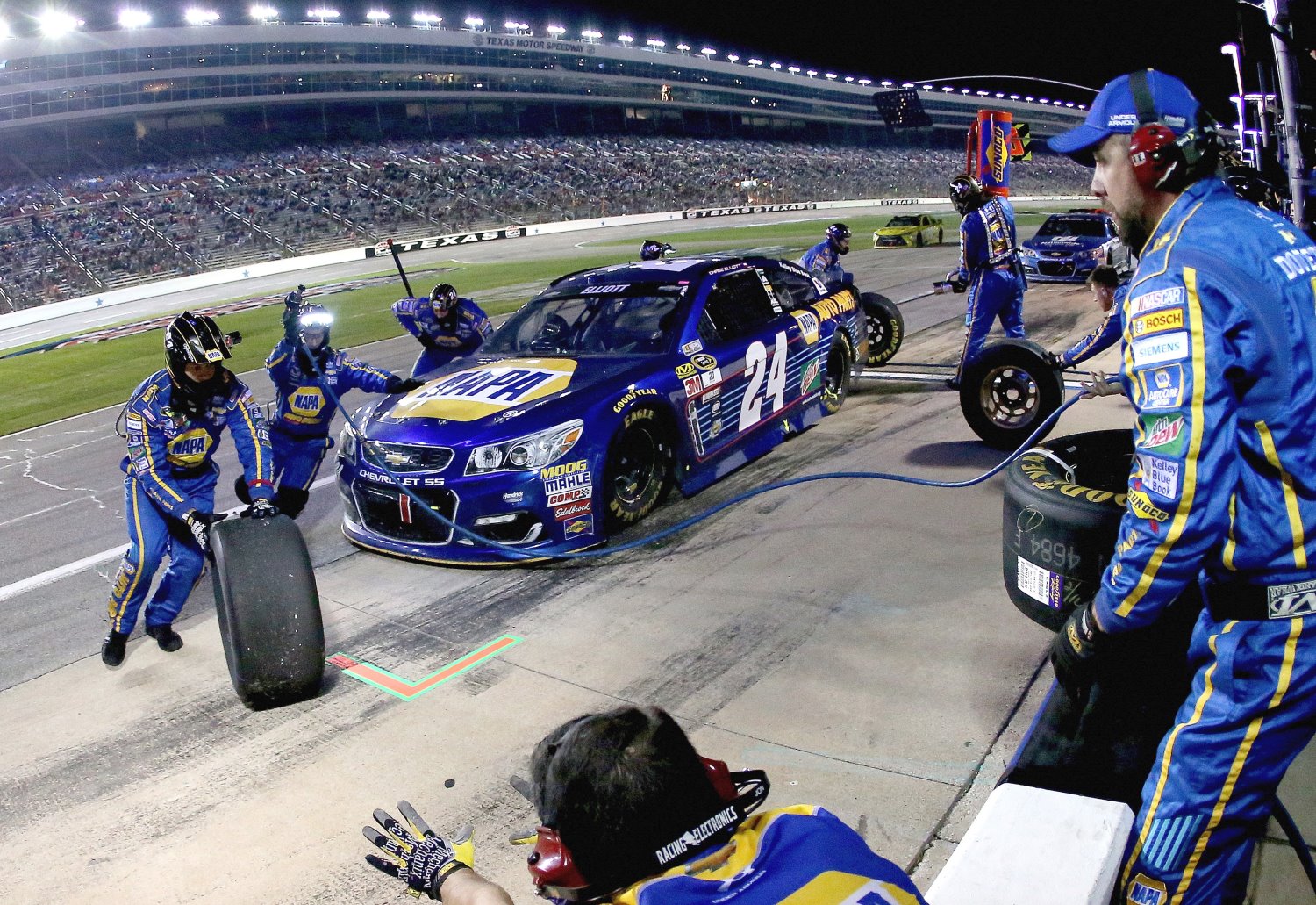 This rumor is downgraded to 'false' today. NASCAR yesterday "shut down any talk" of the Cup Series going to Circuit of The Americas in Austin, according to Drew Davison of the FT. WORTH STAR-TELEGRAM.

NASCAR Exec VP & Chief Racing Development Officer Steve O'Donnell: "We've not had any discussions with the track there and candidly don't plan to."

Davison notes the idea of NASCAR going to COTA "gained steam last month" when a report came out "suggesting it would be a possibility in the future."

O'Donnell said, "We've got a long-term agreement here at Texas. They've been great partners for us. From our perspective, we're really happy in this marketplace." He added that if NASCAR "wants to pursue more road races, it will likely look internally at the tracks the circuit already goes to."

Davison writes for now, NASCAR "seems content" with two road courses on the Cup schedule at Sonoma and Watkins Glen. FT. WORTH STAR-TELEGRAM

Texas Motor Speedway president Eddie Gossage is lobbying the city of Fort Worth once again, this time asking for its support ofApril’s NASCAR race to eliminate any idea of NASCAR possibly ditching TMS for the Circuit of the Americas track in Austin.

City councilman Dennis Shingleton brought this subject up during Tuesday’s city council meeting, and Gossage confirmed that he is constantly in the ear of city officials for support.

"That’s nothing new. I regularly reach out to leaders in the area to try and marshal some support," Gossage said in an email. "I want fans that come to the races to know they are welcome here. Dennis is our councilman but, most importantly, he’s president of the Fort Worth Sports Authority. He’s a friend I try to remind to be sharing the good message about tourism and the impact of the races. He’s been a good supporter. I just try to remind him and others that the time is near. Nothing special."

But this keeps alive the story Gossage tried to shoot down late last month that NASCAR would consider adding a race at Circuit of the Americas. Gossage laughed off a report in the Austin American-Statesman about the track’s interest in NASCAR, saying TMS is in the second-year of a five-year deal with NASCAR.

Circuit of the Americas chairman Bobby Epstein later backed off his comments on bringing NASCAR to Austin, saying that TMS would have to be on board with the move.

Still, low attendance at the races could force NASCAR to explore other options and Austin certainly has one of the top road courses in the country. But, as Gossage noted, TMS had the third- and fourth-largest crowds of the year last season.
Gossage reiterated that Austin would not be getting NASCAR.

"Now if we owned it, maybe!!!" Gossage wrote. "But no. Nothing to see there."I’m reminding him [Shingleton] that we need to be competitive. There is pressure within SMI [TMS’ parent company, Speedway Motorsports Inc.] and you know Austin has made some noise." Star Telegram

Texas Motor Speedway President Eddie Gossage wanted to be as respectful as possible, but couldn't help but rip the Circuit of the Americas race track in Austin for believing it could land a NASCAR race one day.

"I don't blame them for wanting NASCAR races, it's just that they're 20 years too late," Gossage said Monday. "I don't think they know the business, or they wouldn't be saying such things."

TMS and NASCAR are entering the second year of a five-year deal, and Gossage said that the track is "protected contractually" from NASCAR adding an additional race within the region. Ft. Worth Star-Telegram

While NASCAR gears up for Sunday's Daytona 500, its kickoff and signature event, Circuit of the Americas officials are casting their eyes toward the most popular racing series in the United States.

"I've had contact with NASCAR officials, and we've heard from their fans and drivers," Epstein said. "Everyone seems to want to be here, so I see no reason why it couldn't come together."

"It's something fans are asking for in droves," Epstein said. "We hear it, and I'm assuming (NASCAR) hears it, too. They are continuing to tweak their product, looking for new ideas. This would be something different, a change of pace.

"I'd be pretty optimistic it could happen because NASCAR said they want more road courses, more non-ovals. Now that they've said that, this is the best one in the country. So if enough fans want them here, I think they'll be here one day."

Epstein did not put a timetable on a possible race at COTA. NASCAR currently has two road-course events — at Sonoma, Calif., and Watkins Glen, N.Y. — jammed into a crowded 36-race schedule that stretches from late February to mid-November.

Steve O'Donnell, a NASCAR executive vice president, acknowledged last year that fans have been asking for different types of races and venues.

Significant obstacles could stand in the way of Austin landing a race. Most of the tracks where NASCAR races are owned by Bruton Smith's Speedway Motorsports — including Texas Motor Speedway in Fort Worth — or the France family's International Speedway Corp. It's highly unlikely either would give up a race.

Texas Motor Speedway could see a COTA event as competition, too. TMS President Eddie Gossage is in Daytona Beach, Fla., this week and was unavailable for comment. Efforts to reach NASCAR officials about the possibility of a road race at COTA also were unsuccessful.

Formula One management hasn't viewed NASCAR favorably in the past, but Epstein said the takeover of F1 by U.S.-based Liberty Media could ease the way to a purpose-built F1 track co-existing with NASCAR.

"I think the objections might be a little lighter than they used to be," he said. "I don't think they would fight it strongly. That might be one of the healthy changes that could happen with Liberty's ownership."

Some NASCAR drivers and teams have toured COTA in the past, giving it rave reviews.

"The drivers and teams love this track and the city," said Katja Heim, chief operating officer for Circuit of the Americas. "I think they'd enjoy a race here. We have a lot to offer."

Kurt Busch, the 2004 Cup champion who will start eighth in the Daytona 500, told the American-Statesman a few years back while testing at COTA: "This could work. With the tight corners, you could just dive-bomb people. It'd be fun and frustrating all at once. It's an amazing track that brings a lot of worlds to one place."

Epstein doesn't know what the odds are, but he's bullish on the idea.

"NASCAR should be here — I will tell you that," he said. "I think their fans want them here, and I think it's good for the sport." The Statesman