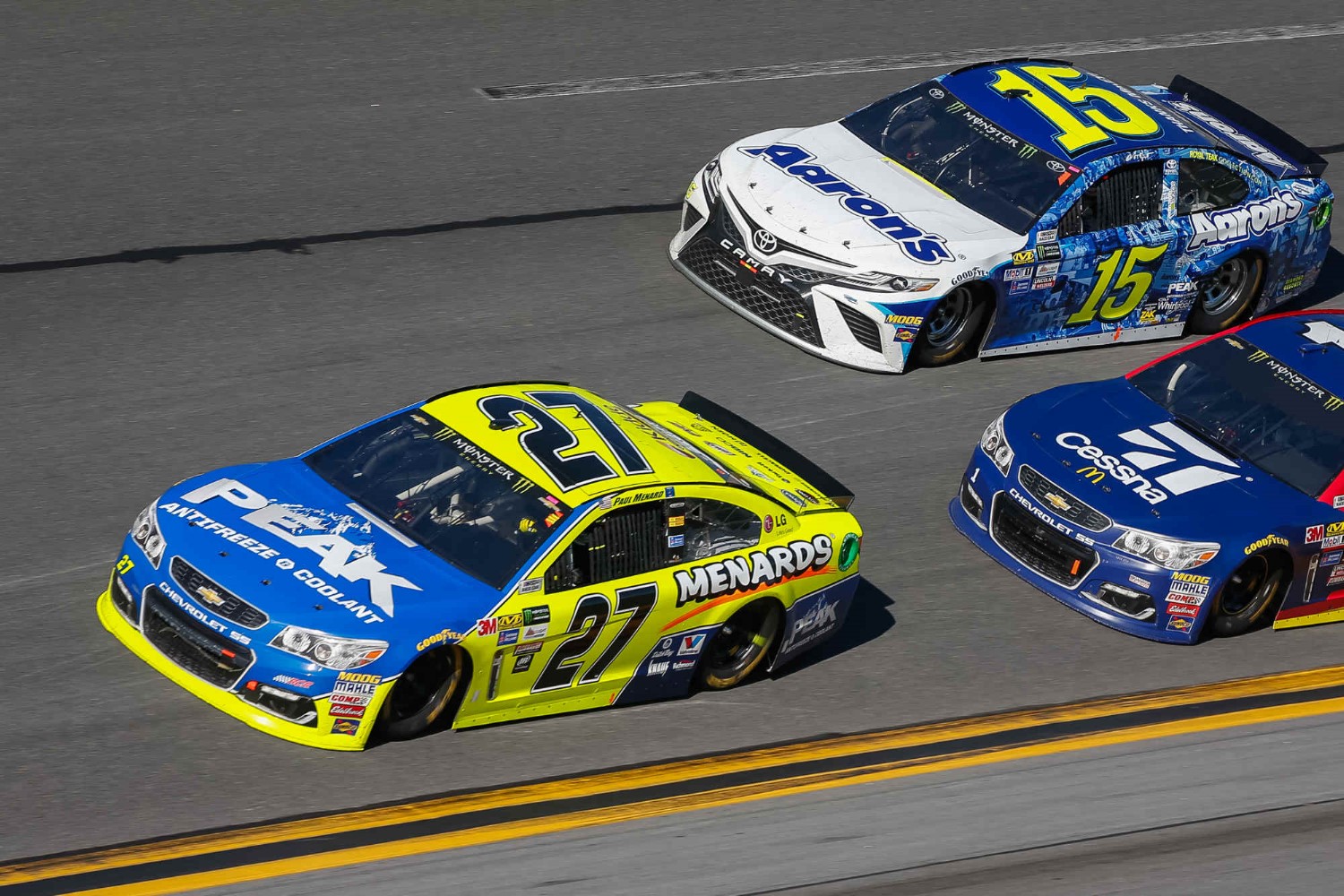 UPDATE The noise level at your average NASCAR race hovers at around 100 decibels, which is akin to a three-hour garbage truck parade or 180 minutes of jet flyovers at 1,000 feet. In other words, it’s a loud way to spend an afternoon writes Matt Bonesteel of the Washington Post.

“No more than 15 minutes of unprotected exposure recommended for sounds between 90–100 dB," the National Institutes of Health says. “Regular exposure to sound over 100 dB of more than one minute risks permanent hearing loss."

But such volume isn’t merely dangerous to one’s audial health: It also makes it hard to have a conversation with the people sitting around you, which seems to be the main reason NASCAR is tinkering with the idea to make its stock cars quieter, sources told Sports Business Daily’s Adam Stern. He writes that the quiet-car proposal is one of 15 to 20 initiatives NASCAR is considering to improve its race-day experience in the wake of declining attendance and television ratings.

“Quieter cars could be targeted more toward millennials, who place heavy importance on the social experience of attending sporting events," Stern says. “For example, many teams in stick-and-ball sports have developed standing areas where fans can gather and socialize instead of being restricted to a standard seat."

According to one stock-car expert contacted by Stern, race teams could make their cars quieter by incorporating a new muffler into their existing exhaust systems, a costly endeavor considering that such systems are replaced multiple times over the course of a season. Plus, NASCAR runs the risk of alienating hardcore fans who relish the volume on race day.

“To bring the cars down to a level that you could [have conversations during races] would take a lot of work," Billy Boat, a former Xfinity Series and Camping World Truck Series team owner who runs a company that makes performance exhaust systems. “To bring a thundering pack of 40, 900-horsepower cars down to a level where you can sit and have a conversation I think would diminish some of the show effect of kind of what people are there to see."

Tom Jensen, Fox Sports’ manager of digital content and NASCAR writer, is one of the people Boat is talking about.

“What’s next, an all-hybrid front-wheel-drive econobox race followed by an all-acoustic Metallica concert?" he wrote Monday. “Only green tea and organic vegetables sold at the concession stands?"

As noted by Jalopnik’s Stef Schrader — also a vocal opponent of the quiet-car proposal — Formula 1 already has tried this, changing from V8 engines to quieter V6s in 2014. Fans still are complaining about the move to this day. Schrader also suggests that there already is an ideal way for fans to communicate with each other during loud races: using social media via their phones. Matt Bonesteel/Washington Post

03/07/17 The rumble of the cars on NASCAR tracks could grow quieter under a proposal reported Monday that would allow fans to more easily communicate during races. The proposal is among 15 to 20 changes currently being studied by NASCAR, according to The Sports Business Journal.

The sounds emitted by the stock cars is one of the allures of NASCAR, but the constant roar of the cars — which is usually around 100 decibels during races — makes communication difficult and the use of ear plugs a must among many fans. Messages left with NASCAR representatives by USA TODAY Sports were not immediately returned Monday.

Cutting down on the noise race cars emit would be a serious undertaking and changes to the exhaust system could become pricey. USA Today