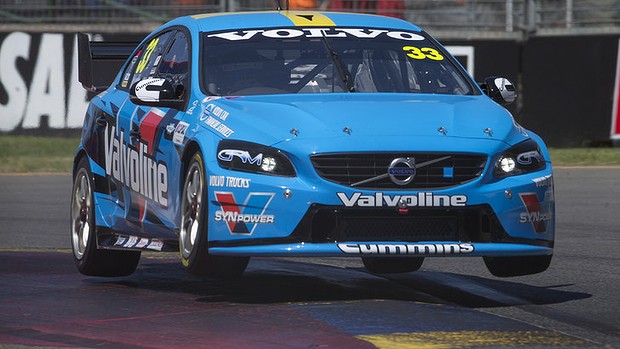 Volvo's withdrawal from Supercars is "likely to result in their cars continuing to race this year with engines from another manufacturer," according to Mark Fogarty of the SYDNEY MORNING HERALD.

Garry Rogers Motorsport's pair of Volvo S60 racers "will be powered by Chevrolet V8s if legal action to restore the team's factory backing is unsuccessful."
It would be the first time in Australian touring car championship history that "a car was allowed to compete with an engine from a different maker."
GRM "may be forced to change engines because Volvo has demanded the return of the motors developed by its Polestar racing division for the three-year Supercars program."
The team "needs approval to use the production-based Volvo V8 for another season because the Chinese-owned Swedish car maker holds the rights to the engine."
What will power the S60s is "bound up in the legal dispute over Volvo's decision to pull out of Supercars at the end of last season, ending a successful partnership that won races."
GRM has "challenged the withdrawal," claiming that Volvo "indicated it would renew its backing right up until last May's announcement, leaving the team without enough time" to secure alternative manufacturer support for this year. The team wants Volvo to continue its backing this season, "but at the very least, is seeking agreement to continue using the Polestar-developed V8s."
Team Owner Garry Rogers said, "We've never, ever disputed that the engines are Polestar's. We just want to extend their use in the cars. SMH